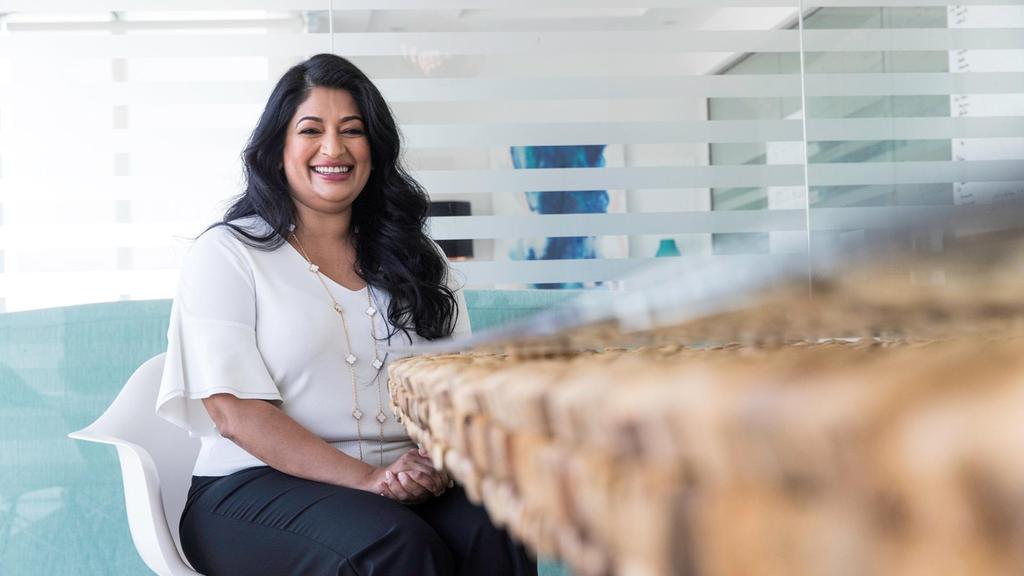 The rise of an app that helps UAE nannies save, invest and borrow

SOURCE: The National - The rise of an app that helps UAE nannies save, invest and borrow

When Padmini Gupta’s maid asked her for a year’s salary upfront for a family emergency, it sparked an entrepreneurial idea that would help domestic helpers across the UAE.

Ms Gupta is the co-founder of rise, a wealth management platform for low-income migrants and a social enterprise that launched this summer, just 15 months after her helper made the financial request.

The fact her nanny did not have any savings after 15 years of working in the UAE made Ms Gupta realise there was a big problem that needed solving.

“I would have expected her to have some savings from her time here but those earnings had disappeared,” says

“As a business person, you think, well what do I do? Do I give her the money now or do I help figure out a solution to the problem and then help others like her. And that’s how we came up with the work around for Rise – we wanted to help people move up and build a future.”

The former commercial banker joined forces with her husband, Milind Singh, a former strategy consultant, developing the idea for Rise. It is licensed as a payments services provider by the Dubai Economic Department and is able to offer banking services by partnering with Sharjah-based United Arab Bank, which holds the deposits.

But Rise wants to do more than just offer banking services to the 68 per cent of the population it estimates are unbanked in the UAE; it also plans to help domestic workers grow their wealth by offering investment channels, insurance and lending options.

“We would like to see anyone earning below Dh5,000 – that does not currently have access to financial services – banked and then also have them build their assets. We want them to move up and grow their wealth,” says Ms Gupta.

With the average maid earning just Dh1,850 a month – a figure revealed in Rise’s Nanny Salary Survey – Ms Gupta says many have no idea what is happening to their money once they have sent it home.

“They are are hoping for the best,” says Ms Gupta, adding that their money should not be left to a relation to handle, as it often ends up disappearing. “Our idea was to let the person earning the money control what happens. That way, they can build a retirement fund for themselves and control how it is passed to the next generation.”

According to Rise’s study, 95 per cent of the nannies polled do not have bank accounts, while less than 1 per cent believe they have saved enough to retire in five years.

More than one in four (43 per cent) of the respondents carry some form of debt either locally in the UAE or in their home countries.

The study also found that the average time maids in the Philippines need to work in the UAE to have enough savings for retirement is 18 years.

As well as growing their wealth, the company also aims to help nannies grow their careers by offering over 20 digital courses that the maids or their employers can buy to improve their skills.

“Everyone hits a band when it comes to a certain job position and that job needs to advance them further or they continue to stagnate in their income level – so we would like to see social mobility,” says Ms Gupta.

The courses include tips on nanny skills from picking healthy foods for children to how to create a learning environment, potty training, child safety and discipline. They cost between Dh50 to Dh250 and can be accessed via an app, so that the nannies can learn at home.

“They are affordable and while it’s generally the employers that buy them, the great thing is that the nannies often want to pay for it themselves,” says Ms Gupta. “Not everyone is educated in the job role in which they are put and you build those skills – you will get a much better employee and you improve performance.”

“This gives domestic workers the tools and skills to really build wealth in the most efficient way. They can learn how to save, how to protect and most importantly how to budget,” she says. “Most nannies send all their money back home, then when they need money themselves they have none and request for advances or loans.”

This is another area Rise hopes to fill. As well as basic financial services, it plans to offer insurance options – such as typhoon insurance to protect homes in high-risk areas – as well as secured and unsecured lending.

This is a big move for the low-income segment, which due to lack of access to traditional banking channels, often turns to loan sharks for finance.

The rise of an app that helps UAE nannies save, invest and borrow