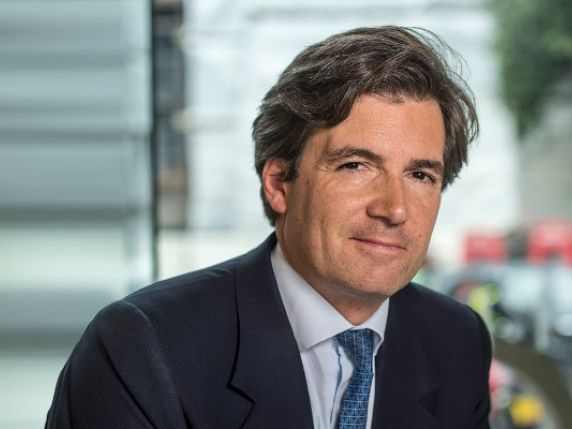 More bank mergers in the Gulf are likely as lenders realise that they have to dedicate increasing amounts of resources to keep pace with developments in technology, an executive at Jupiter Asset Management has told Zawya.

In an interview discussing the company’s research paper, Shifting sands: FinTech as a catalyst for change in the Middle East’s financial sector published on Wednesday,  Jupiter Asset Management’s fund management director, Guy de Blonay, said: “The digitalisation process is an ongoing process that in my view is irreversible, it is a question of speed.”

Jupiter Asset Management’s report argued that banks need to spend 10 percent of their revenue on innovation and technology as a minimum requirement.

De Blonay said that banking giant JP Morgan had set the standard in this regard, having set the 10 percent investment benchmark.

Such a heavy spending commitments will lead to consolidation in banking in order for lenders to remain competitive, De Blonay said.

“The small banks are merging because they realise that the cost to keep up with competition when it comes to technology is too high. So they want to merge the cost base, improve their revenue size and then spend on technologies.”

Rishi Kapoor, co-CEO of Bahrain’s Investcorp told Zawya earlier this month that the wave of mergers and acquisitions in the financial services industry is “long overdue”. (Read more here)

De Blonay said that GCC banks are becoming increasingly interested in technology and digitalisation, but progress thus far has been slow. In the GCC’s biggest country, Saudi Arabia, for example, progress is slower than in many emerging market peers.

As a result, De Blonay said that banks need to be mindful of the timing of their investments.

“You don’t want to fly faster than your client,” he said.

In the U.S., Asia and Europe, by contrast, new generations of customers want to conduct most of their financial affairs through a smart phone and do not want to spend time travelling to a bank.

Interest in, and funding of, fintech firms in the region is growing, though. According to Magnitt’s 2018 MENA Venture Investment Summary, 12 percent of the 366 companies to receive venture funding in the MENA region in 2018 were fintech firms – more than any other category.  (Read more here).

Jupiter Asset Management said that there were two types of fintech firms investors could back - adopters and enablers.

“Investing in adopters or enablers, we have got the same process, looking for companies with good management, good track record, decent leading product and a well-protected margin over time,” de Blonay said.

An ‘adopter’ is a traditional company that is adopting a new technology to keep pace with the digitalisation process that the financial services industry is experiencing.

An ‘enabler’ is typically a technology company, an innovator or disruptor that is offering technology to participate in the digitalisation process of the financial services industry.

De Blonay said that investor returns have increasingly been coming from enablers rather than adopters, noting that adopters in the financial services industry, such as banks, have been facing difficulties due to falling margins, the low interest rate environment, more demanding consumers, potential litigation, and regulatory pressures.

The FinTech’s that are set to have the biggest impact in the Gulf are payment solutions, data analytics and security firms, de Blonay told Zawya.

Network International, a Dubai-based company that is the largest payments processor in the Middle East, jointly owned by Emirates NBD and private equity firms Warburg Pincus and General Atlantic, went public earlier in April on the London Stock Exchange after first securing a cornerstone investment from Mastercard. (Read more here).

“Network International going public is sending a signal that the region is ready to go cashless,” de Blonay said.

“Across the GCC, banks and financial institutions are working with fintech firms to digitalise operations and provide fintech solutions to customers,” Jupiter’s research report said.

Saudi Arabia is also seeing an uptake of digital banking with a number of banks in the Kingdom adopting solutions to adapt to changing consumer demands, de Blonay said.