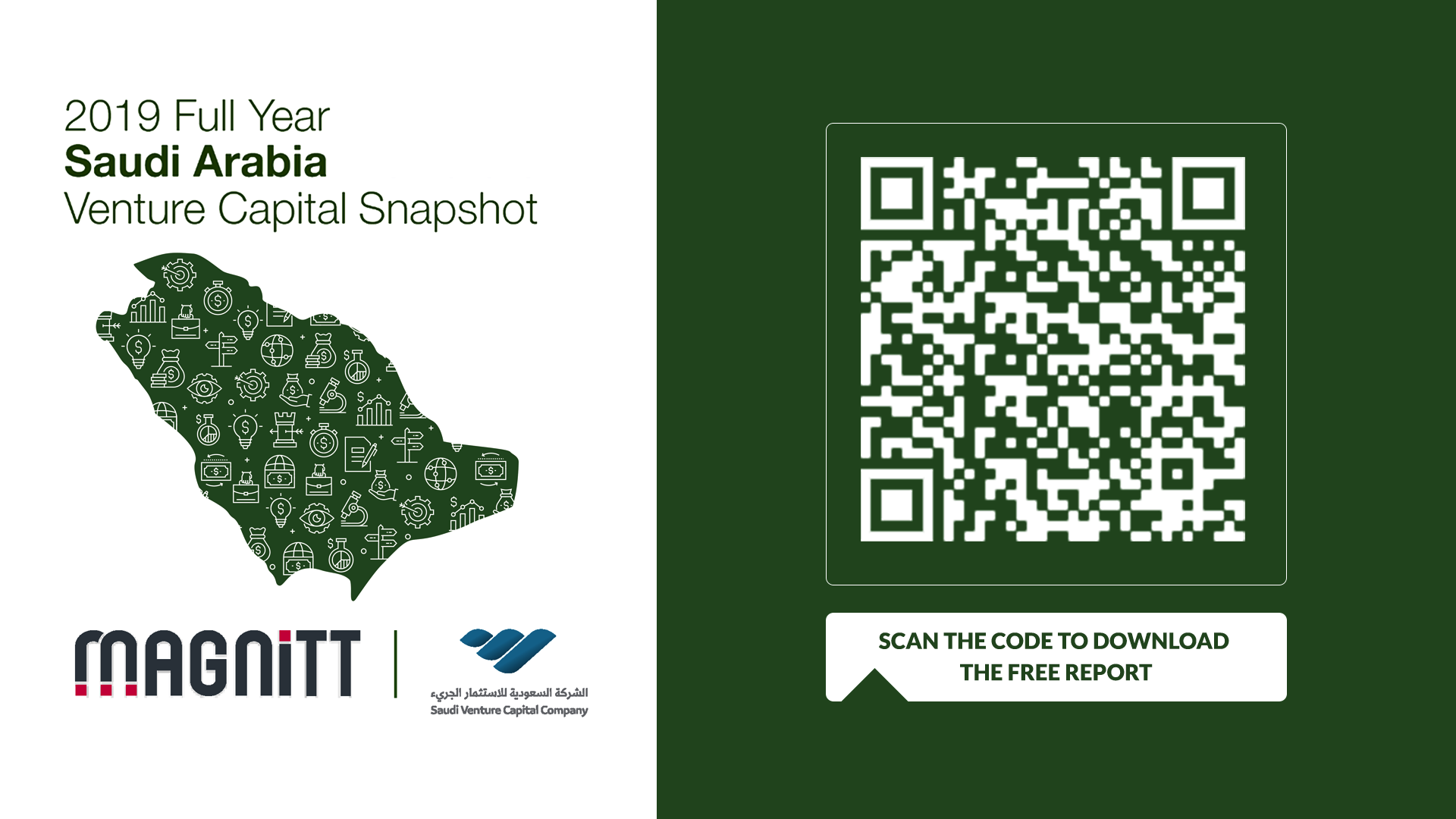 The infographic snapshot is available online for free in English and Arabic.

- More investors than ever before: 41 institutions invested in Saudi-based startups in 2019, with accelerators accounting for 32% of all investments;

- Saudi Arabian investors were the most active investors in MENA-based startups;

- E-commerce obtained the top spot as the most active industry by number of deals (27%), while Delivery & Transport received the highest amount of funding (26%).

“Saudi Arabia is one of the fastest growing ecosystems in the region,” says Philip Bahoshy, MAGNiTT’s founder & CEO. “With the government clearly identifying innovation and entrepreneurship as one of their key focuses in line with Vision 2030, many new initiatives have been launched in 2018 and 2019. Usually, these initiatives take time to come to fruition, but we have already seen their impact on the ecosystem in the country and MENA region.”

2019 saw 71 investments in Saudi-based startups, an increase of 92% compared to 2018. These investments amounted to $67M in total funding, up 35%. Both of these numbers indicate strong growth in the Saudi entrepreneurship ecosystem, with deals and total funding at higher levels than any previous year.

2. A record of 41 institutions invested in Saudi-based startups in 2019

With the establishment of new accelerator programs, such as the Misk 500 MENA Accelerator and the Misk Growth Accelerator, and new Funds of Funds by entities such as PIF’s Jada and Saudi Venture Capital Company (SVC), more institutions than ever before made investments in Saudi-based startups – 41 in 2019. The majority of these investors came from the country (68%), but the Kingdom also saw significant interest from international investors, who accounted for a third of all investors – higher than the MENA average.

3. Saudi Arabian investors were the most active investors in MENA

4. E-commerce remains the most active industry by number of deals

With one of the largest economies and digitally-savvy populations in the region, e-commerce retained its top spot in 2019 and accounted for 27% of all deals. The Delivery & Transport industry, however, accounted for the highest amount of funding of any industry at 26%. In general, infrastructure plays, which look to provide efficiency through the application of technology, see the majority of investments and funding in the Kingdom.

Commenting on the report launch, Bahoshy notes, “As the ecosystem is rapidly developing, it is our belief that the availability of accurate and comprehensive data will drive the decisions that shape the future of technology across MENA. We are excited to share our 2019 Saudi Venture Capital Snapshot report to inform, update, and empower key decision-makers interested in this space. We are excited about what 2020 will bring for Saudi Arabia.”

The infographic snapshot is available online to download for free in English and Arabic.