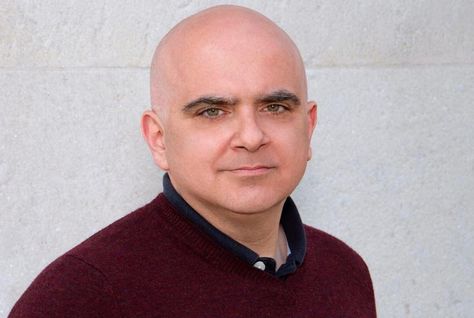 Starting a business in the Middle East has probably never been easier. However, several hurdles remain before the region witnesses an entrepreneurial boom.

GITEX Preview: What are some of the key themes that you presented at the GITEX Conference?

Schroeder: I am obsessed on the ramification of progressively universal access to technology around the world. I don’t mean merely mobile devices, but smart devices, which are allowing anyone, anywhere to access virtually all human knowledge essentially for free, and which are connecting, collaborating, innovating, problem solving at unprecedented levels. It is an unprecedented opportunity for societies to embrace and unleash a new era of innovation for a city, a country [and] a region..

GITEX Preview: Start-up companies have traditionally found it very hard to raise funds in the Middle East. Have you seen this start to change in the region, and if so, what do you think is driving this change?

Schroeder: It is important to view this in stages. Across the region, there is more seed and ‘A Round’ money available for great companies than ever before. Not enough, but moving. One of the great challenges is post – ‘A Round’ [funding] — what we call ‘growth capital’ — for companies doing well, but [which] need another $3 or $5 or $10 [million] to become really large.

This, is not only a challenge across growth markets globally, but even a challenge in Europe. As success breeds success, as companies grow, we will see this shift.

I believe [there is] a new generation coming of age, some having created their own wealth in successfully investing, [so] we will see new leadership increasing as well. The ‘Souq.coms’ and ‘Careems’ have found their money (albeit with global investors), but that is fine. The key is the more successes, the more capital, and the more success. The talent and opportunities are there.

GITEX Preview: How important is a change to insolvency laws in kick-starting the entrepreneurial environment in the Middle East?

Schroeder: I’ve never met a start-up who says, ‘maybe I shouldn’t do this because of lack of bankruptcy laws,’ but this is very significant. Firstly, folks have been talking about changing this for years and the very act of getting it done shows seriousness that there is support for rising ecosystems. But second, failure is a reality in [innovative] societies and making that process as clean and predictable as possible so great entrepreneurs can dust themselves off and try again is essential. And investors will feel much better taking changes. It’s all good.

GITEX Preview: What do you think needs to change in the local education system to create a more entrepreneurial culture among the national population?

Schroeder: Hyper focus on critical thinking and problem solving; emphasis on STEAM skills (science, technology, engineering, art and math) for the 21st century; getting classroom sizes much smaller; getting and rewarding great teachers and unleashing them to experiment; using technology to scale all of the above so anyone anywhere can have access to all this. Also showing kids that entrepreneurship is a viable opportunity and not being shuttled into a government job or big company or graduate degree only.

GITEX Preview: Dubai Media City and Dubai Internet City opened with the intention of creating a hotbed of technical innovation. Over ten years later it is questionable if that has ever materialised. Do you see that now changing? And again, what is driving that change?

Schroeder: I’m not sure why it is questionable. Great companies are heading there from around the region and beyond. It is early days. One of the biggest changes in Dubai in the last five years in fact has been the network effect of talent. The more outstanding young people are there, the more want to be there — and opening of rule of law and making it easier for companies to win across the region and beyond has made the UAE generally an amazing model for the Middle East and around the globe.

Also we sometimes get hung up on innovation as the next shiny new thing. The first stages in rising ecosystems are great companies that solve day to day needs, and often new innovation comes with it.

GITEX Preview: Are there particular industries you predict the UAE/wider Middle East will play a key role in going forward?

Schroeder: Certainly anything around logistics, e-commerce, local language, last mile connectedness, shared culture are all happening. Solving big problems for the region — in healthcare, water, transportation are all great opportunities. And the Middle East is fundamentally [a] ‘mobile first’ [society], and I have no doubt we will see great global innovation in [this] sector as well.

GITEX Preview: Real estate office prices in the UAE are also very high for start-ups, especially in certain free zones. How important is a drop in commercial real estate prices to driving growth in the entrepreneurial environment?

Schroeder: San Francisco and NYC are the most costly real estate cities in America and are the greatest hubs of start-ups there. It is a burden on kids starting out, but as entrepreneurs, they figure it out. Five years ago everyone told me Dubai couldn’t be a great start-up city because of this, and yet great talent has been flocking there. But it is a challenge to be taken seriously.

GITEX Preview: In the last two years there have been more venture capitalists and alternative lending networks, such as Beehive, being active in the market. Does the region need to see more of these organisations emerge before it can expect to have a thriving start-up environment?

Schroeder: The more investors that come in, assuming most are hard-nosed and have alternatives and thus are betting with their wallets, is a good thing -- it is a clear vote of belief in the direction of what is going on. Again, I hope to see more groups helping to fund good companies into becoming great and large and scalable ones.

GITEX Preview: Have you seen a changing attitude among local banks regarding investing in start-up companies?

Schroeder: In reality, banks normally play much less of a role for tech enabled start-ups. They have been a funding vehicle for funds in Lebanon, which is interesting to watch but also has market distortion risk very much to be considered. SMEs, which are less about hyper growth and building decent sized businesses that do drive job growth and are very important, can benefit from reliable and fair access to credit of course.