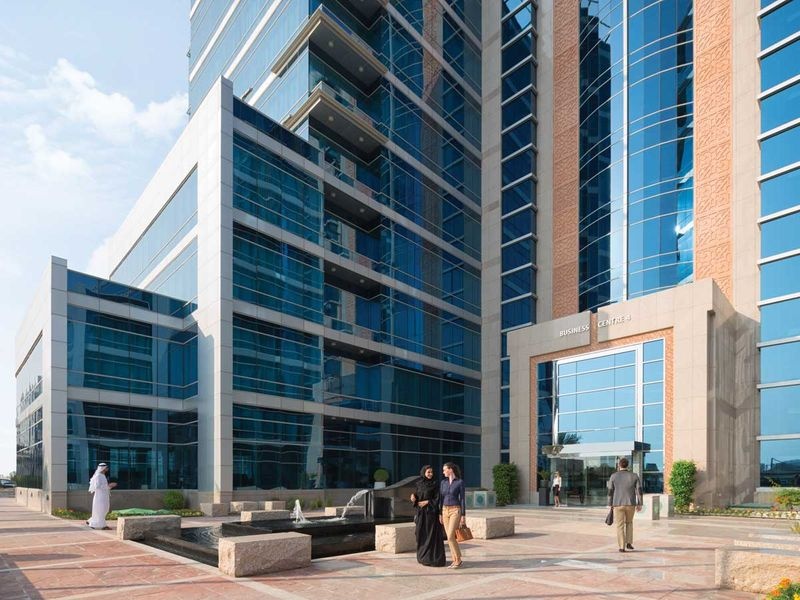 With special packages, RAKEZ is encouraging women to achieve their entrepreneurial dreams

The thought of becoming an entrepreneur never crossed Elena Agaragimova’s mind until she came to the Emirates. Having worked with several organisations in the US, the talent development specialist decided to take the plunge to launch her own business in 2019.

As the founder of Agar Global Services, a training and development firm, she joins a growing league of women working in small to medium-sized businesses (SMEs) in the UAE.

When it comes to opportunities for women in business, the UAE is a world leader.

Today, women make up 70 per cent of the country’s university graduates, 46.6 per cent of the workforce and 10 per cent of the leadership within private sector companies, according to statistics from the Ministry of Finance. These are clear signs that they are a key part of the UAE’s economic and social future.

Globally, research from Boston Consulting Group (BCG) found that if female entrepreneurs received as much support as male entrepreneurs, the world’s economy could experience up to a $5 trillion boost. This is great news as the presence of more women-led businesses in the UAE will further bolster the economy. Currently, the contribution of the SME sector to the UAE’s GDP is estimated at 53 per cent and plans are afoot to increase this to 60 per cent by 2021.

From a surge in female entrepreneurs and support groups to increased funding for new businesses, there’s never been a better time for a woman to start a business in the UAE.

When Agaragimova decided to launch her businesses, she picked Ras Al Khaimah Economic Zone (RAKEZ), a thriving hub for start-ups and that is less than an hour’s journey from Dubai.

“I shopped around, and I think price-wise what they have for women entrepreneurs is attractive and affordable,” she says. "The process of setting up was easy and transparent, and there were no hidden charges.”

As part of its commitment to encourage more women to pursue their entrepreneurial dreams, RAKEZ began offering one-year and three-year business packages dedicated to women for the first time in the UAE in August.

The RAKEZ BusinessWomen packages start from Dh6,200 and include a free zone licence, a shared workstation, eligibility for a UAE residency visa and various support services, such as business cards and priority at RAKEZ service centres. The three-year package comes with the additional benefit of one free investor visa, which normally costs Dh3,950.

“The customer service they offer is excellent and the package I chose fitted my budget and needs. Also, RAKEZ has offices in Emaar Square, which is very beneficial for someone based in Dubai, like me, so I didn't have to commute.”

Monica Marinho is the Founder of Twenty III Design, a studio that focuses on interior design for high-end hospitality, residential, F&B and retail clients. Having arrived in the UAE with the aim of launching her own business, the Brazilian expat’s main challenge was getting around the process of business set up in the country.

She was also concerned about finding a local sponsor to start the business. “The package with RAKEZ gave me 100 per cent ownership rights for the company. I chose the BusinessWoman package because it was just perfect for my needs.”

“Signing up was easy. Every time I needed information, they replied in less than 24 hours. The whole process from the day I sent documents and received my licence, took less than two weeks.”

For entrepreneurs who are new to the country, it is important to find the right partner they can trust, she says. “RAKEZ offered me that trust. I will recommend it to my friends or anyone who needs to pursue their business dreams," she adds.

Dubai-based Jazz artist and soul singer Carrie Gibson has been in the entertainment business for more than 20 years. Her jazz band Nuvo Soul, a funky four-piece act, was nominated in 2018 for a Time Out Dubai Music & Nightlife award.

“My need for a licence was all about visas," she says. "Most musicians in Dubai are freelancers, but that licence only offers a single visa. I wanted to have an extra visa to employ other musicians.”

“The business package dedicated to women entrepreneurs was best suited for my needs. They also have an office here in Dubai, which made it easier for me.”

RAKEZ has a one-stop-shop concept, which is very helpful when you are starting a new company, says Injy Guenena, Owner and Founder of Pearl Homes. Having lived in Ras Al Khaimah for the past six years, she launched her own property start-up this year.

"We specialise in helping people with their property investments and support the expat community with their leasing needs,” she says.

"I got into real estate business due to general interest in homes and many people needing help when looking for a home. The UAE and Ras Al Khaimah, in particular, have made it so easy for us to set up the business - they take care of everything.”

She decided to set up her business under the RAKEZ BusinessWomen package. Again, lower set-up costs played a key role in the decision.

"When we saw there were huge savings for women as a [business] owner, we decided to go for it."

“The startup cost was essential for us, and we were able to rent the office space from them. Also, the package gives me enough visas for myself and my future staff.”

Such efforts by the government of Ras Al Khaimah and other federal entities mean the UAE has climbed 10 spots to 11th place in the World Bank’s annual ease of doing business last year, which is ahead of some traditional stalwart countries in Western Europe and Asia, making it the easiest place to do business in the Middle East. The country also has an ambitious goal to become one of the top 25 in the world for gender equality by 2021.

There's never been a better time for women to set up a business in the UAE, says Pearl Homes’ Guenena. The UAE's business ecosystem and supporting laws are ripe for growing start-ups.

“I would say if you want to start a business, do it now. There is never going to be a [more] perfect time.”