PinchPoint, the 7 month-old Palestinian gaming startup that just got funding from Sadara Ventures 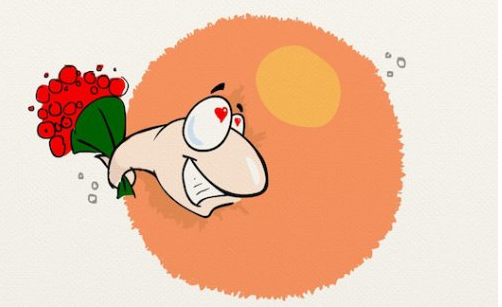 The PinchPoint and Sadara teams began developing the deal about six months ago, according Saed Nashef, founding general partner at Sadara. Nashef and Abu Alkheir originally met during a pre-acceleration program at Fast Forward, the Palestinian accelerator based in Ramallah. Their relationship deepened during Ramallah Startup Weekend and other entrepreneurial events, when Nashef had the opportunity to observe and work with Abu Alkheir and the PinchPoint team.

“We saw a lot of qualities of a strong entrepreneurial mind in [Abu Alkheir],” Nashef says. The team he has assembled, comprising Tareq Doufish, Ammar Tazami, and Basel Nasr, is one of the strongest in Palestine, Nashef adds.

PinchPoint is currently working on two mobile game concepts.  The first is called Spermania. “It’s about sperm, but it’s not pornographic,” Abu Alkheir explains. The game play involves guiding a sperm through various obstacles in order to reach an egg.

Abu Alkehir admits that the concept is a little risky, but he also thinks that its uniqueness will ultimately end up being its biggest asset.

The second game, called City Café, is a virtual gambling game based on the popular Arabic card game Trex. Users will not be able to bet actual money, but they will be able to purchase betting chips.

PinchPoint is expecting to offer both games for free download, and is counting on users to buy upgrades to make their gameplay more enjoyable and easier, a common revenue model in the mobile gaming industry. The company has also opted to avoid selling banner ads as an additional revenue stream because, according to Abu Alkheir, they degrade the gameplay quality. “We are totally focused on the user experience,” he emphasizes.

The two games are being developed to test in different markets.  PinchPoint plans to release Spermania in the North American and European market, whereas City Café is being designed for the MENA region. Both markets have their challenges and potential upsides, Abu Alkheir explains.

The North American and European market is very crowded. Only around two percent of games launched go on to become successes, and it usually takes several tries for a company to get a hit. At the same time, the games that do succeed produce a high level of financial return for the companies that produce them and their investors.

In the MENA market, there is significantly less competition than in the North American and European market because mobile gaming is a newer concept and there are fewer companies producing products for release in the region. In this sense, it would be easier for a game developer to score a hit. But, there are also fewer opportunities to monetize a successful game because there are fewer users.

For now, PinchPoint has decided explore both markets. The company plans on having a playable demo of Spermania and City Café ready for Game Connection, a major gaming conference taking place in San Francisco between March 17 and 19. Abu Alkheir and the team are hoping to leave the conference with a publisher for one or both games. Based on the success of the two games, the company will decide where to focus its efforts in the future, Abu Alkheir says.

Looking to the future

PinchPoint is looking to spending the next several years working with publishers to put its games on the market. In the long run, however, Abu Alkheir wants to position the company as a publisher in emerging markets, for its own games as well as games developed by other Palestinian and MENA based firms. Right now, other than Peak Games in Turkey, there are few companies filling this niche.

Abu Alkheir has no illusions about how difficult it will be to reach this point. Mobile developers usually have to spend a lot of time and money before becoming successful, he emphasizes: luckily, “Sadara gave us the funding so that we can survive this period.” It is unique to find a venture capital firm in the Middle East that has the knowledge of the gaming space and patience to make such a long-term investment, Abu Alkeir adds.

From Sadara’s side, there are still plenty of questions that need to be answered about the capacity of Palestinian game developers to create products that will be competitive and profitable, Nashef says. The investment in PinchPoint’s talented team, he says, will hopefully give them an opportunity to answer these questions.