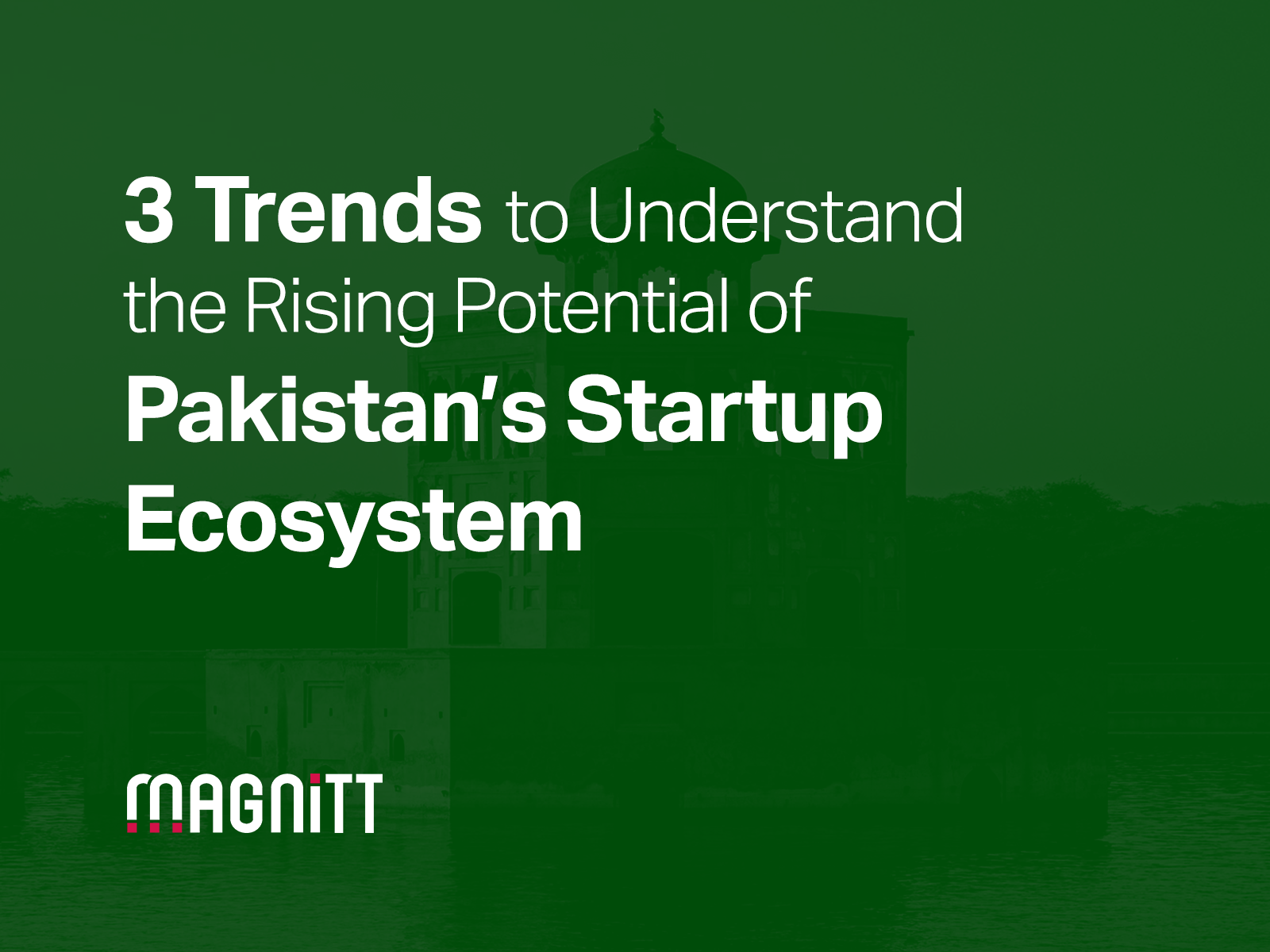 Pakistan has plenty going in its favor to make it the next technology innovation hub in South Asia. Its large population, burgeoning middle class and increasing internet adoption is visibly pushing forth the country’s venture investment and startup ecosystems.

MAGNiTT’s recent updates on the market have indicated how the country’s venture investment space is going from strength to strength, exceeding its previous performance each time. In 2020, Pakistani startups raised $83M- more than double of what they did in 2019. Our latest update revealed that venture investments in Q1 ’21 already amounted to one-third of the total funding in FY ‘20.

1. E-commerce is the most popular sector for investments

Pakistan’s startups and investors are capitalizing on opportunities in E-commerce, the sector that is usually the first to appear in the early stages of digitalization. In Q1 ’21, E-commerce startups in Pakistan did not only close the most deals but also raised the largest share in funding (36%). Bazaar technologies, a B2B FMCG marketplace, was recipient of the largest investment round worth $6.5M. Yet, Pakistan’s E-commerce space stood out as an anomaly when benchmarked against the industry’s outing in a more mature MENA ecosystem. In Q1 ‘21, the MENA region saw E-commerce drop out of the top five industries by share in funding.

2. The inflow of international investments in Pakistani ventures continue

Over the past three years, the Pakistani venture ecosystem saw greater participation from foreign investors than from local ones. In 2020, a record-high 80% of all investors were based outside of the country. Local investors continued to lag behind in the first quarter of 2021, when their participation was restricted to a mere 33%.

Most investors in Pakistani ventures in Q1 ’21 were headquartered in the United States of America. American VC firm SOSV and local firm Indus Valley Capital were the most active investors in the quarter, backing two deals each.

Remarkably, Pakistan receives the greatest interest by international investors across all Emerging Venture Markets. Turkey has been the only other market to foster such strong appeal amongst foreign investors. At least half of all investors in Turkish startups were stationed abroad over the last three years. In MENA, on the other hand, only an average of 26% of investors came from outside the region during the same period.

3. Investments are focused on early to mid-stage startups

Ticket sizes in Pakistan have historically been smaller than those in other EVM markets. The largest funding round in Pakistan over the past two years, raised by Airlift Technologies, was worth $22M. During the same period, the largest transaction in Egypt, a country with a similar sized market, was $42M. In Q1 ’21, the top three deals in Pakistan were all below $10M. Half of all transactions were worth under a million dollars.

The relatively small size of Pakistan’s top deals indicates the early stage of development of its venture capital and startup ecosystems, wherein fewer startups raise the capital required to scale rapidly or internationally.