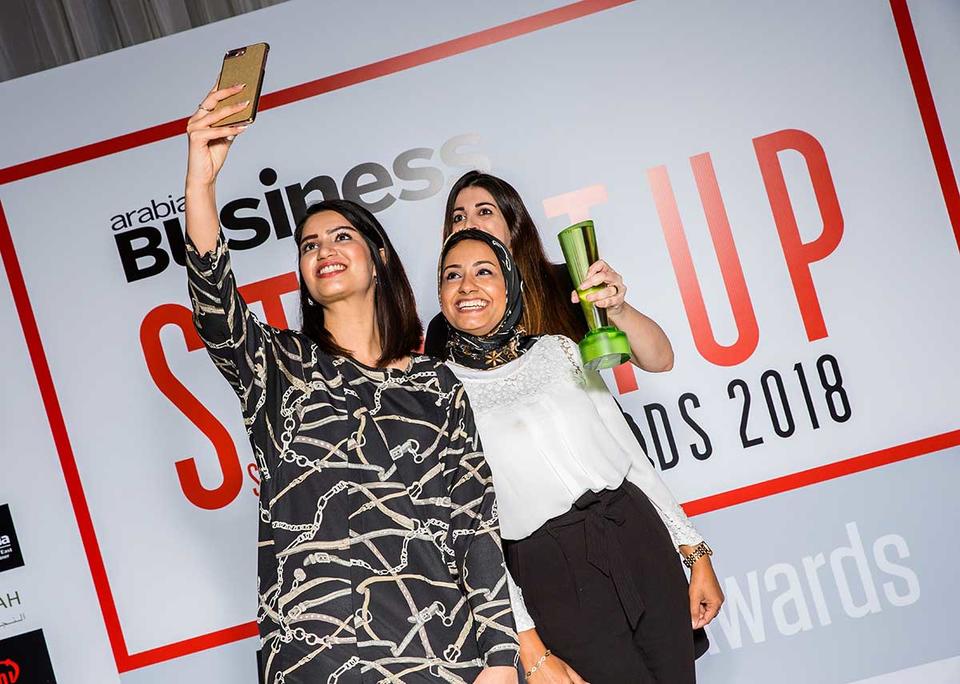 Opinion: Why the Middle East region should invest in new ideas

The UAE's startup community is alive and kicking, but we need to make sure it stays that way, writes Lubna Hamdan

Last week, we hosted the Arabian Business StartUp Awards 2018, for which we received over 350 nominations for innovative concepts ranging from health analysis pods to speech recognition technology.

It is no secret that startups and SMEs account for 95 percent of the UAE’s companies, while employing over 17 million people. So it is safe to say that the UAE’s startup and SME community is alive and kicking. But we need to make sure it stays that way.

One continuous challenge is funding. While the Middle East’s start up ecosystem experienced a record year of funding in 2017 with $560m invested in 260 businesses, according to Magnitt, the numbers remain low when it comes to medium and long-term investment. I spoke to Will Hutson, founder and CEO of full stack creative agency LMTD, at the awards after he won the Mentor of the Year prize. He reminded me most start-ups struggle to get investor and bank support, with less than five percent of bank loans going to SMEs. And despite a number of private funding initiatives and government programmes, liquidity continues to be low.

“Medium term, you need more engagement from central and regional banks. They need to understand how SMEs work, and how asset lightness works. A lot of SMEs are asset light. They don’t own a lot of inventory or product, so banks are very sceptical when it comes to lending to them. Banks need to understand and be incentivised to lend in those environments,” Hutson added.

The founder and CEO of ride-hailing app Careem has a similar viewpoint. In May, Mudassir Sheikha told Arabian Business: “Funding for startups in the region remains a challenge because the region is underinvested in by global capital.”

“There isn’t as much money available to startups as there should be, because if you look at the region, it is quite significant. At least in the way we define the region, there are 600 million people who live here between Morocco and Pakistan. It is 10 percent of the world’s population. If you look at the GDP per capita, it is 1.5 times that of India or Southeast Asia,” he said.

But Hutson, whose agency LMTD focuses on taking regional brands global and has worked with Etihad, Careem and Adnoc, says the solution might be small and medium cap IPOs. The founder, who is also a mentor at Wamda’s Mix’n’Mentor programme, said the region  is not building such businesses to be “foreign owned”, but to remain regional and help build the ecosystem.

“Longer term, we need exits and liquidity. A lot of people assume that large corporate buyers come from Asia or North America, but I don’t think there is a panacea in those exits. I think regional equity markets need small cap and medium cap IPOs,” he said.

More importantly, Hutson made a point of retaining local ownership and “keeping the dirham in the room” to encourage regional development as opposed to giving control to foreign ownership which will focus on returns.

And he is not alone in his thoughts. The CEO of Souq.com Ronaldo Mouchawar told Arabian Business in April that businesses in the region owe it to the community to create jobs, particularly for young people in the Middle East, where unemployment is at 30-40 percent.

“Part of Amazon entering and acquiring Souq was to grow the ecosystem to create more jobs. We have already hired tonnes of people in many of our markets. We owe it to ourselves to stay in the region and continue to create jobs. We’re super committed to the region. Even post the Maktoob exit, [co-founder] Sameeh [Toukan], myself, we stayed in the region. We invested in more companies in the region. We know the journey is hard and it takes seven to eight or 10 years, maybe even longer, because our markets are fragmented, but you have to have perseverance,” he said.

But while the going might still be tough for startups and SMEs in the region, the success of our Startup Awards last week showed that, with a supportive government and relentless personas like Hutson, Sheikha and Mouchawar, the UAE is clearly in good hands.

Opinion: Why the Middle East region should invest in new ideas