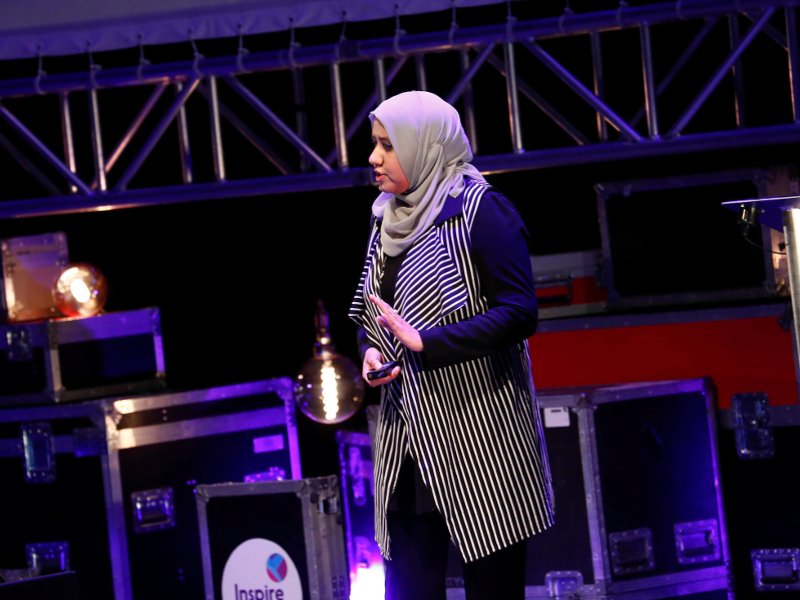 The managing director of Oman Technology Fund, Maha Al Balushi, told Inspirefest how her nation has a 25-year vision to be in the top ranks of innovation globally.

“The moment I handled this project, many people tried to exclude me and kept telling me how unqualified and incapable I am. But I learned not to listen to them and stay focused on my goals and just work hard and give what it takes.”

These are the words of Maha Al Balushi, the managing director of Oman Technology Fund (OTF) who spoke recently at Inspirefest 2018. Her mantra should hearten anyone faced with adversity while trying to achieve their goals.

Al Balushi is running the OTF’s first pre-seed accelerator, Techween, in collaboration with Ireland’s National Digital Research Centre (NDRC) as part of an overall strategy to spark innovation and entrepreneurship in her country.

Oman, which she describes as “a country of courage, wisdom and a rich culture”, is a nation of 4.6m people on the south-eastern corner of the Arabian Peninsula, with the youth making up 29pc of its population.

“He said that the national economy of a country is in fact based on small and medium industries. ‘These are the fundamentals and the foundation of all national economies.’ Since then, the entrepreneurial scene in Oman started to revive. I say revive because Omanis are known to have been entrepreneurs since forever.”

Al Balushi studied in Oman and Singapore, picking up two diplomas in IT, a degree in internet applications and a master’s in IT project management before returning to Oman as part of a national drive to generate a technology start-up ecosystem in the region.

She worked on a number of similar projects in Muscat before moving to OTF and kicking off the Techween programme, which recently concluded its first cycle and involved the entire cohort heading to Dublin for a two-week stint at NDRC.

Sas is an Arabic concept that refers to any solid foundation. Al Balushi helped to evolve the Sas Centre for Entrepreneurship, the first incubation centre in Oman and a key part of the drive to support its SME ecosystem.

“I like working with start-ups. It is so demanding, but it is fun and enjoyable and certainly not easy.”

As Al Balushi already said, she had to ignore naysayers and attempts at exclusion to get on with her job.