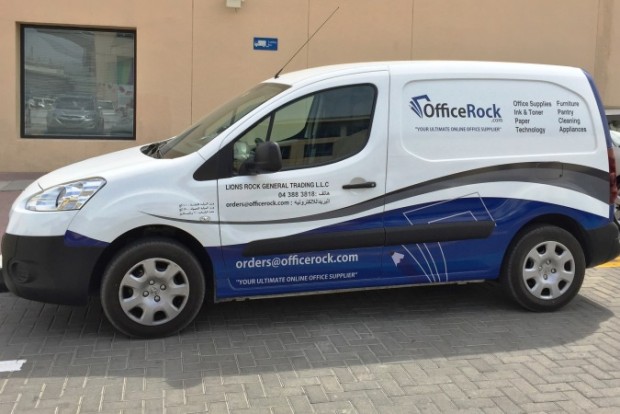 The ecommerce market in the UAE is estimated to be worth $2.5 billion and is expected to grow to $10 billion by 2018, so startups working in this sector are getting investors’ attention.

Cofounded by Rami Al Saleh and Christopher Queitsch, OfficeRock.com was looking for strategic investors with a track record of ecommerce investments to help grow their business.

“They have a great team and a unique business model for our region,” Jabbar chairman Samih Toukan said in a statement.

Jabbar has built some of the region’s most successful ecommerce platforms such as Souq.com, CashU, and Maktoob which was bought by Yahoo! in 2009.

“OfficeRock.com will change the way businesses procure in the region. They strive to build an ecommerce platform that surpasses expectations and transforms traditional operations, their vision for the future is what will lead them there,” said Fares Ghandour of Wamda Capital.

When it was founded in 2011, the company sold office supplies for hotels, hospitals and banks. A partnership with Xerox Emirates in 2012 allowed the company to become an authorized reseller and this opened doors to other partnerships such as South Africa’s National Stationery, a supplier of brands such as Walmart stationery products and GPI toners, a publicly traded Taiwanese toner manufacturer.

The company began developing its own ecommerce platform in 2013.

Although only delivering to the UAE now, OfficeRock.com owns its own 6,000 square foot warehouse facility with delivery trucks, vans and cars.

“The goal is to offer customers a full-range, online catalogue with e-procurement capabilities,” said cofounder Christopher Queitsch in a statement.