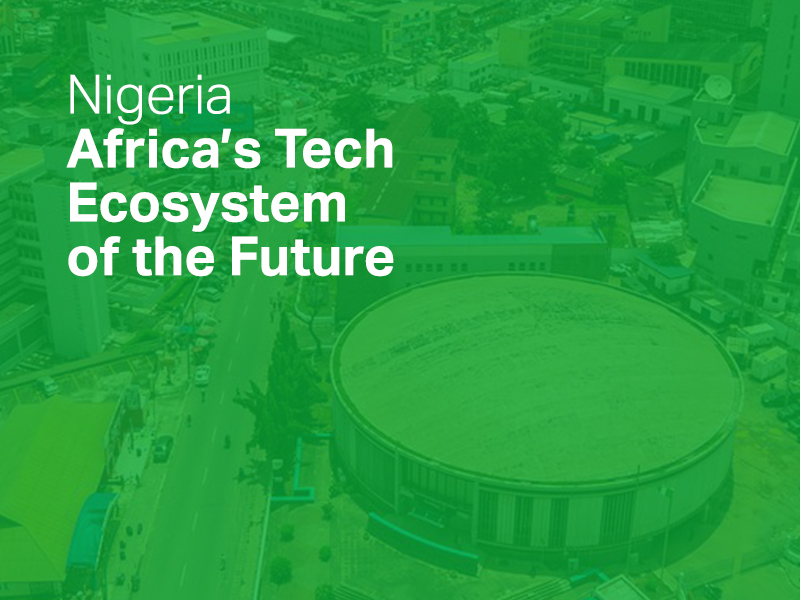 Nigeria: On Africa’s Tech Ecosystem of the Future

Africa's most active VC market is on a constant rise amid growing global market uncertainties. Today we delve into Nigeria and track the ecosystem’s ride to the top as it readies itself to brave the impact of the global economic downturn.

The Nigerian VC ecosystem had its moment in 2021 as an Emerging Venture Market. Having crossed the $1Bn for the first time, the state of funding was reflective of the unmatched influx of capital driven by Mega Rounds ($100M+). Another factor driving the ecosystem is the role of international investors. Similar to its peer African markets, Nigeria has one of the highest international investor participation among EVMs with big names like Tiger Global, Avenir Growth Capital, and P1 Ventures playing their part in making Nigeria the envy of the region.

The peak that was reached in 2021 has continued this year too with H1 surpassing over 60% of the total funding aggregated in FY 2021, as recorded in our Nigeria H1 2022 Venture Investment Report. The tech space in the overall African region has had a reckoning moment with startups moving to disrupt their respective industries whether it be banking the underbanked and the unbanked, or solutions for the undermined education and the Transport and Logistics sectors. This has allowed for the grounding of the venture space with regional investors and startups coming together to put the Nigerian ecosystem on the map.

To put into perspective the evolution of the Nigerian tech space, the first Mega Round was recorded in 2019, when the FinTech startup Interswitch secured a $200M investment from Visa. This was closely followed by OPay’s $120M Series B round. While Nigeria has gone on to raise multiple Mega Rounds since then, the funding dipped in 2020 to record a YoY change of 70%. However, if we calculate the CAGR growth in the region between 2018-2021, then the funding grew by 63%. Nigeria has also been crowned as the most funded and most transacted geography in Africa following a record first half of the year.

Get comprehensive data on Africa's VC ecosystem: Subscribe to our Africa Monthly Newsletter

With funding breakthroughs being recorded in industries introducing tech innovations including FinTech, E-commerce, and Transport and Logistics, 2021 resulted as a record year with startups like OPay, Flutterwave and PalmPay recording sizable investments. The region has the advantage of a combination of a tech-savvy population and the cost-efficiency of investing in Africa, which can also be attributed as the driving force of the international capital that is injected into the region. This is why 2021 saw a YoY increase of over 400% in funding.

Nigeria’s position was solidified as the strongest Africa-based geography though it lagged behind Egypt in terms of total transactions by a mere difference of 11 deals. In addition to Mega Deals, sizable rounds were raised by TradeDepot, a Retail startup raising a Series B round of $68M and an Energy startup, DayStar Power, bringing in $38M, also in a Series B round. Majority of the investors in the major rounds have been either China-based or USA-based with the latter scoring the majority. The larger-sized rounds also pushed the average round size in Nigeria to cap at nearly around $7M in 2021.

While 2022 has followed the same trajectory as 2021 and H1 was a record first half, however, the major driver for it was the first quarter as Q2 was a witness to the first signs of the global economic downturn seeping into the region. The funding in the second quarter dipped by over 60% compared to Q1’22. However, investor participation has been on par with what we saw in 2021, with international investors, accounting for 75% of the total investors in H122.

While global markets are taking steps to combat the effects of financial uncertainty, as we’ve been seeing in markets like Pakistan, Turkey, and even UAE, Africa too has challenges ahead of it. The big players in the region including Flutterwave are already tackling allegations of dubious practices and coupled with the impending financial crunch, it remains to be seen how it will impact the investor interest and the capital influx in the next few months.

Nigeria: On Africa’s Tech Ecosystem of the Future