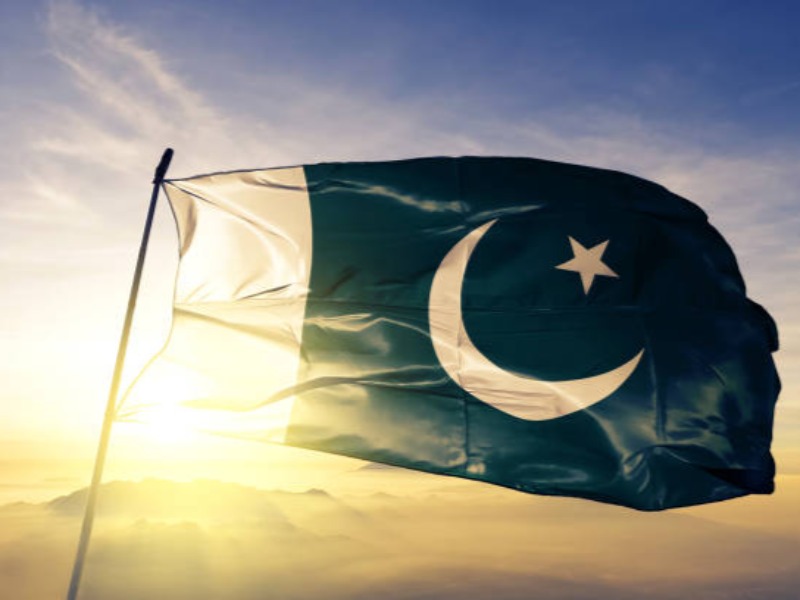 Nascency to ascendancy: How Pakistan is bucking the VC funding trend

While investors and startups globally have been bracing for a deceleration in venture capital activity, Pakistan has seen a 13% increase in venture capital investments in H1 2020, with 76% of all investments in the period coming from international investors. This has been largely due to a tremendous uplift in digital adoption that has highlighted Pakistan’s progressive ecosystem both locally and overseas.

Connect with Fatima Gobi Ventures on their MAGNiTT profile

The strategic fusing of knowledge, capital, and high-tech startups has been widely proven to stimulate economic growth. Developed economies in the West, as well as many developing markets have seen such concentration of resources effectively produce tech giants that have global influence. Such concentration of resources has also built resilient ecosystems that stood strong amid challenging economic cycles. Today, Pakistan is ready to form its own central hub that will link all the fundamentals of innovation, thanks to five key reasons:

1. A digital-savvy and youthful population

Pakistan is home to a young and tech-savvy population of over 200 million. Two of her cities, Karachi and Lahore, host 13% of her people. Karachi alone has reached 16 million residents and has been named as the 11th largest city in the world. The city generates around 16-20% of Pakistan’s GDP annually and achieved an estimated GDP (PPP) of $164B last year. This puts Karachi at an average GDP per capita of around $10K, a growth of over 50% since 2008, and more than double the country’s current average of $4.6K. Lahore on the other hand, has the second-largest population of 12 million people and has a GDP per capita (PPP) of approximately $6.6K.

What both cities have in common is highly-skilled, tech-enabled, and young human capital. With a median age of 24 years, about 200,000 information technology (IT) graduates and engineers enter the workforce yearly, which is roughly 20% of the total labour force that Pakistan expects to add annually for the next five years. The country’s government being increasingly active in developing the burgeoning entrepreneurial ecosystem, has built 13 software tech parks over the last decade, with most of them being located in or around Karachi and Lahore.

2. Growing digital infrastructure and speedy adoption of technology by the people

IT has in fact become one of the fastest-growing sectors in Pakistan, has grown twofold in the past five years to exceed $3B. Last year, local IT and ITES (Information Technology Enabled Services) exports surged to a record high of $902M, up by 8% from 2018; computer software topped the list, with over $300M in exports. In addition, Pakistan was ranked the 4th largest supplier of software development and tech by the Oxford Internet Institute (OII) in their “Online Labor Index”, and many leading tech companies have now established an office in the country or housed sizeable portions of their tech operations there, showcasing the increased global trust in the country’s skilled labor force.

Unsurprisingly, Pakistan has a strong and inclusive digital infrastructure and the average cost of data within the country is among the cheapest in the world at $0.69 per 1 GB. A testament to this progress can be found in the population’s speedy adoption of emerging digital solutions in lieu of traditional ones is perhaps one of the most change-resistant industries — financial services. According to the State Bank of Pakistan, there are currently 52.5 million registered mobile wallets and 54.7 million bank accounts across the nation, representing a penetration rate of just over 20%. By contrast in 2016, 16% of Pakistanis had bank accounts, and a mere 3% of the population had mobile wallets. This means that the growth of mobile wallets has surpassed the growth in traditional bank accounts by over ten percentage points over the span of just four years.

Another key strength of Pakistan’s ecosystem is her diaspora, which is one of the largest communities in the world, with around 2 million diaspora members residing in the West, many of whom have significant exposure to well-established tech ecosystems. These people, along with a number of wapistanis (returnees) have been actively involved in creating innovation in the startup scene, coming back to build their own solutions and forming new ties between Pakistan and the West. One such association is the Organization of Pakistani Entrepreneurs (OPEN), which was founded by Pakistani-American entrepreneurs. The organization has already established chapters in 13 cities, including Chicago, Islamabad, Karachi, London, New York, and Silicon Valley that link Pakistani entrepreneurs, investors, and professionals for mentorship, funding, and business opportunities.

The diaspora has also been one of the earliest communities supporting Pakistani startups; this is reflected in the number of active angel investors within the country and in the fact that these investors have backed 44% of deals made between 2015 and 2019. In comparison, venture capital funds have only shown interest in the local ecosystem in the past two years. These angel investors are often individuals or syndicates from second generation family offices with a level of risk appetite that is normally considered as a sign of maturity in a market. Many of them have had entrepreneurial experience in Silicon Valley and/or New York, and are well-versed in both entrepreneurship and venture capital.

4. The entry of experienced capital

Overall, it should not come as a surprise that experienced capital is currently bullish about the country’s potential. In 2019, over 60 venture capital firms invested in one or more Pakistani startups. Considering the fact that there are only 13 locally-established VC funds, a majority of this capital has originated abroad, and some of these firms are industry pioneers that have selected Pakistan as their first destination for expansion into Asia’s emerging markets.

5. Government and conglomerate support for the ecosystem

Recognised as one of the hottest tech ecosystems across emerging markets, Pakistan enjoys active involvement from both the government and domestic conglomerates such as Jazz and Telenor in the Country’s tech ecosystem; these companies have taken on nurturing roles with the nation’s startups. Additionally, the number of active tech accelerator programs and incubators has increased to 36, and incubation programs focusing on deep tech are being implemented at the academic level across national universities. The National Incubation Center has built hubs in five cities, and incubated over 350 founders. Returning to the inbound interest of foreign entities, each year has seen several new international VCs either establish a presence in the country or add Pakistan to their global investment mandate. As geopolitical tensions in neighbouring nations heat up and the ongoing US-China trade war continues, a greater flow of trade and capital is expected to shift to emerging economies such as Pakistan, which will further drive activity and potentially the creation of Unicorns in the country.

Summarily, the country is on the fast track to becoming South Asia’s next anchor of innovation because of her skilled human capital, progressive digital infrastructure and growing digital consumer base, an experienced diaspora with extensive reach, interest from foreign venture capitalists, and strong support for the ecosystem from the government and the telecommunications industry.

Nascency to ascendancy: How Pakistan is bucking the VC funding trend