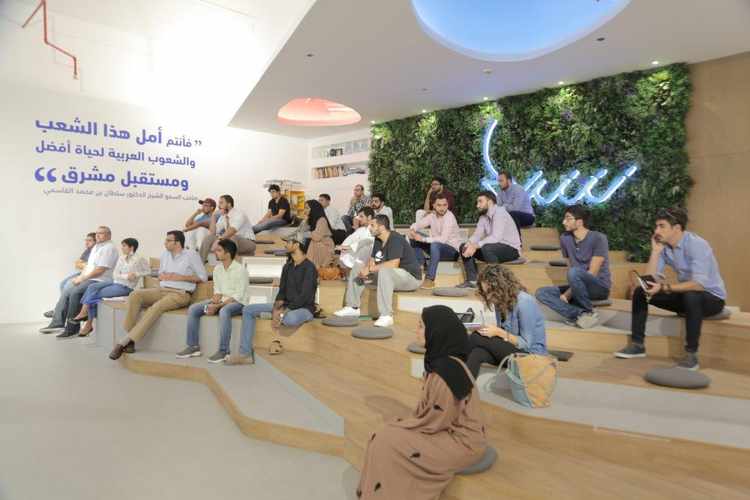 Around 30 minutes’ drive from Dubai in the United Arab Emirates, an Emirati female entrepreneur sits in her office at the Sharjah Entrepreneurship Center - located in the American University of Sharjah - surrounded by young students and start-up founders, determined to make them “believe” in their ideas and turn them into successful ventures.

“There is a sense that we don’t believe enough in ourselves,” Najla Al-Midfa, an Emirati business leader and CEO of the government-backed Sharjah Entrepreneurship Center, Sheraa, told Zawya in an interview.

“I think that we still think that for a company to really become as big as Google or Amazon, it has to have started over there (in the west),” Al-Midfa added.

Al-Midfa acknowledged that the fragmented nature of the Arab region of 22 different nations poses a challenge to local start-ups looking to scale their businesses – especially when compared to counterparts in Silicon Valley who can sell into a single market - the United States – with over 300 million people. Alongside this, she adds that even early-stage investors based in the region often opt to invest in offshore start-ups, rather than in regional businesses.

She said that early-stage investors in the region should “believe and get educated and learn”.

“Start up with a small amount,” Al-Midfa said. “Even if those start- ups don’t succeed, you learn.”

Prior to running Sheraa, Al-Midfa embarked on a successful corporate career, working for the likes of management consultancy McKinsey and for Shell before being recruited as a senior manager for an entrepreneurship development programme run by the Sheikh Khalifa Fund for Enterprise Development.

The Khalifa fund for Enterprise Development was established by Abu Dhabi government in 2007. It is a non-profit organisation aimed at helping local enterprises and SMEs to grow.

In 2014, she founded a career development platform for Emiratis called Khayarat, and in 2016 she was recruited to run Sheraa. It is a non-profit organisation funded by the Sharjah government, with the backing of some major companies such as Air Arabia, Bee’ah and Sharjah Media City, Shams.

“My passion falls at the intersection of three topics: entrepreneurship, employment and education,” Al-Midfa said.