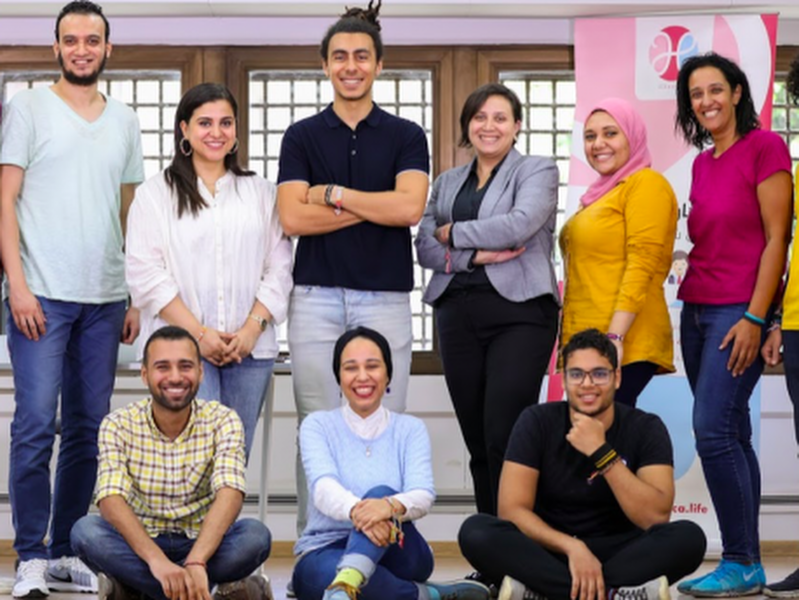 Hawaya, a Cairo-based mobile application that approaches matchmaking with respect for Muslim traditions and cultures, has announced the expansion of its platform across the GCC. Now accessible in UAE, Kuwait, and Saudi Arabia, the platform is set to take the region by storm, offering a carefully curated solution for young, modern, and confident Muslim adults who want to take the search for a life partner into their own hands.

Hawaya was founded in 2017 by an Egyptian entrepreneur, Sameh Saleh, who crafted the app to help his sister go through a pleasant, comfortable, and safe journey towards marriage. Shortly after, Saleh joined forces with co-founders Shaymaa Ali, Tamer Saleh, and Aly Khaled, to amplify the platform. Ever since, Hawaya has grown in popularity and facilitated hundreds of marriages in Egypt.

Currently operating across the GCC, Turkey, and Indonesia, the name Hawaya was inspired by the word "Hawa" which means "love" in Arabic. The program was specifically developed to connect single Muslims who are looking for a secure exchange with one another right up to a serious relationship. Hawaya uses a scientific, safe, and culturally accepted approach, and was founded keeping in mind sisters, cousins, and friends, as well as the founders’ collective personal experiences with matchmaking.

“Finding a life partner is hard, and in our community, we often face the pressure to settle down sooner rather than later. The use of regular dating apps often fails to offer the right prospects, experiences, or results. It could be because of a mismatch in values, beliefs, or just not knowing how to move the conversation forward. In the end, many people hit a dead-end and never get a chance to see what is beyond that first match. However, at Hawaya, we are here for you throughout your entire journey, from the moment you match to when forever begins. We ensure that the journey to discovering your soulmate begins and remains respectful of your values, culture, and intentions. This is a great milestone for Hawaya, and we are humbled that Muslim community has warmly welcomed this unorthodox and modern approach to matchmaking. We look forward to celebrating many more success stories”, said Sameh Saleh, CEO, Hawaya.

Recently, Hawaya witnessed a 40% surge in app-internal communication and a general increase of almost 25%. Saleh believes this was a result of current circumstances and social distancing directives enforced by authorities. “Undoubtedly, individuals are feeling an increased need for connection as face-to-face time with friends and even strangers is limited. Nonetheless, this is a good time for people to discover new ways of engaging with others, and the app offers a platform to do just that. We want to create an ecosystem of support and provide people with a sense of companionship and the possibility of finding lifelong true love.”

Hawaya’s matchmaking algorithm has been built with the help of a team of psychologists, where the users’ preferences are analyzed to bring them the appropriate matches to choose from. Hawaya also attaches great importance to the privacy and security of its members. When signing up, Hawaya authenticates all new members using a 'selfie verification' system that works with a highly developed technological infrastructure to prevent the creation of fake profiles. The app also offers female users the option of initially displaying profile pictures out of focus. In addition, Hawaya has a security function “Guardian”, which offers users the opportunity to involve a trusted person, such as a friend or family member, in the communication while getting to know their match.

Hawaya also has helpful tools to facilitate a more fruitful conversation – engaging icebreakers, and personalised conversation starters. Another unique feature of the app is the “Exclusive Mode”, for when users have decided that they would like to be exclusive. This disables any other ongoing conversations for both users.

With Mawdoo3, Jamalon, and HyperPay raising a combined $33M in total funding in 2019, it was a record year by funding for the Jordanian startup ecosystem. Learn more about one of MENA's oldest ecosystems in our 2019 Jordan Venture Investment Report.