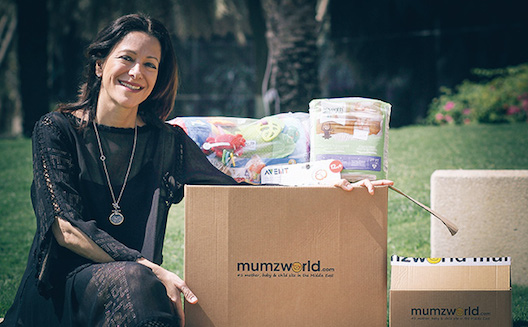 UAE-based Mumzworld plans to expand its reach in the region with a mobile commerce after securing “millions of dollars” in a fresh round of investment.

The investors included heavy hitters such as Wamda Capital, twofour54 and Endeavor Catalyst. The company did not provide any other details.

The e-commerce site will dive further into the Arab market with Saudi Arabia leading the way after securing 40 per cent more than the original target, although Mumzworld declined to give further details.

Mona Ataya, the chief executive of Mumzworld, said that the company would focus on its online consumer experience. “Finding the right strategic partners during this latest round of funding has been a key element for us, because it is clear our future growth depends on more than capital input,” she said.

For the Dubai-based venture capital firm Wamda, Mumz­world corresponds with its investment strategy in which it has invested 40 per cent of its first phase of funding and plans to raise another US$15 million by the end of the year.

The regional e-commerce market is expected to reach over $13 billion by 2020 with the UAE and Saudi Arabia forecast to make up nearly 75 per cent of that total, according to the online payment platform Payfort.

And Wamda is placing bets on the growing internet market in the Middle East and North Africa region despite an economic slowdown.

“[Mumzworld’s] continued suc­cess is reflective of our long- term thesis around the rapid development of e-commerce and marketplaces in the region and specifically niche-focused high-margin offerings that are disruptive of traditional retail,” said Khaled Talhouni, the managing partner of Wamda.

Mumzworld claims to have increased monthly revenue by 25 fold since inception.

Ms Ataya was chosen to take part in a programme by the non-profit Endeavor UAE, which offers support to businesses with long-term growth plans.

“This marks our third investment in the region in the past 12 months for our Endeavor Catalyst fund, and we couldn’t be more excited to support Mona and her team,” said Allen Taylor, vice president of global networks and managing director of Endeavor Catalyst.

As the e-commerce site enters its sixth year of operation, the site offers in English and Arabic more than 100,000 products, ranging from strollers to diapers to clothes reaching over 650,000 mothers across the Arab world. The company also boasts of nearly half of its customers coming back for more multiple times a year.

“We are excited to be part of the Mumzworld story and view the company as an exceptional example of regional entrepreneurs building transformational businesses,” said Mr Talhouni.