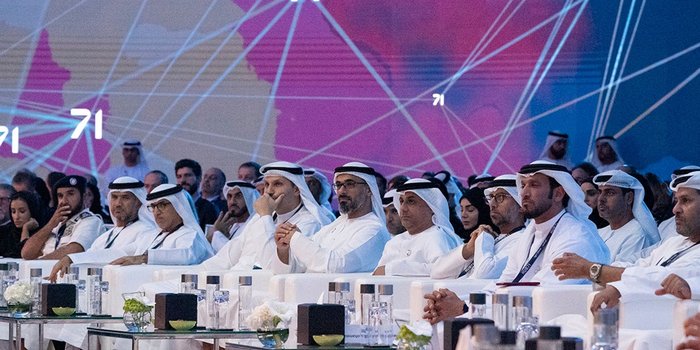 The founding partners of Hub71 have committed $142 million fund to invest in tech startups.

Mubadala Investment Company, Abu Dhabi's largest wealth fund and one of the world's biggest investors, has opened its doors to tech startups. Hub71, a tech ecosystem founded by Mubadala Investment Company, Microsoft and SoftBank Vision Fund, working in close collaboration with Abu Dhabi Global Market, is aimed at accelerating the Emirate’s goal of becoming the nucleus of a vibrant tech startup ecosystem.

The founding partners have committed to an $142 million fund to invest in tech startups.

The fund will be administered by Abu Dhabi Investment Office and, starting from April 28, 2019, it will be co-investing with venture capitalists in Hub71-based tech startups through a government matching scheme, as well as in first-time fund managers to support their establishment and growth in the Emirate. Hub71 will also be offering fully subsidized housing, office space and health insurance for seed-stage tech companies, while more established tech ventures will be offered 50% subsidy packages.

“As an active investor, we have a strong track record of deploying capital and building partnerships in the tech sector all over the world,” H.E. Waleed Al Mokarrab Al Muhairi, Deputy Group Chief Executive Officer and Chief Executive Officer of Alternative Investments and Infrastructure of Mubadala Investment Company, said at the launch event. “Hub71 is the perfect platform for Abu Dhabi to drive a tech transformation, bringing together our global networks, investment experience and strategic expertise so that early and growing tech companies who are ready to scale up, can do so successfully within this region.”

Hub71 is a key initiative of the Government’s Ghadan 21 economic accelerator program announced last September by His Highness Sheikh Mohammed bin Zayed al Nahyan, Crown Prince of Abu Dhabi and Deputy Supreme Commander of the UAE Armed Forces. “Abu Dhabi has proven itself as a place where innovation can succeed and inspire,” added H.E. Jassim Mohammed Buatabh Al Zaabi, Chairman of the Abu Dhabi Executive Office. “Through the Abu Dhabi Government’s economic programs and plans, we’re doubling down on our efforts to make Abu Dhabi a global beacon for technology and innovation.”