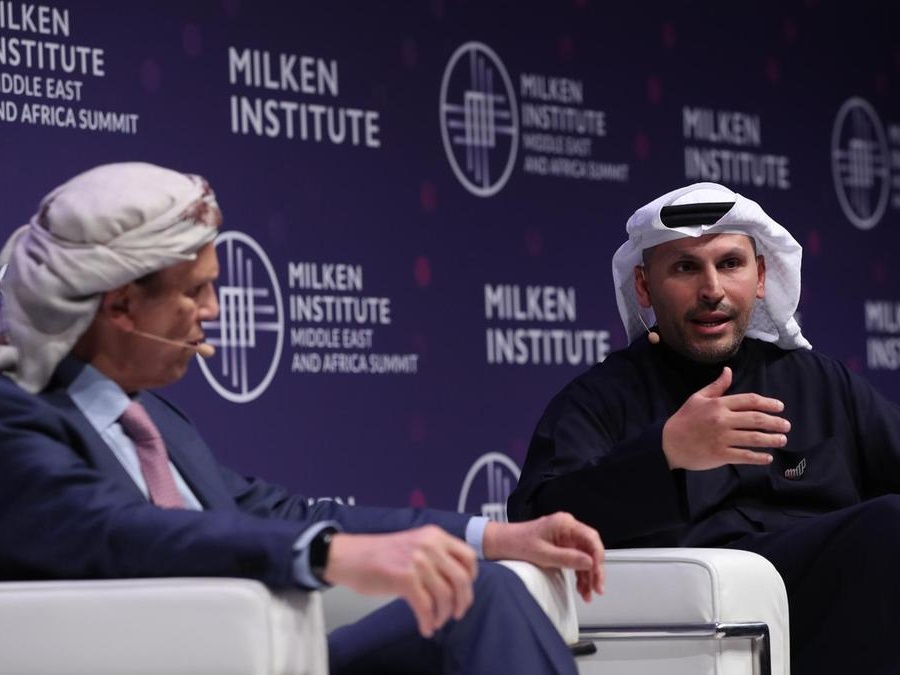 “It is an amazing space and you will see us ... significantly increase our investments that space,” as the sectors are profitable and serve people at the same time, Khaldoon Khalifa Al Mubarak, told delegates at the Milken Institute Middle East and Africa Summit in Abu Dhabi on Tuesday.

"We do that domestically, in terms of how we invest in [healthcare] infrastructure," Mr Al Mubarak added. “I’m all in when it comes to investing in tech space but double click on med-tech and double click on life sciences, an incredibly exciting area,” he noted.

Mubadala is repositioning its portfolio amid a globally tougher economic environment that prompted the International Monetary Fund to revise its global growth outlook. The company is selling mature assets and pivoting to technology to leverage the momentum brought on by digitisation.

In terms of the investment outlook for 2020, Mr Al Muhairi on Tuesday said the fundamentals remain stable in the West but the black swan event - the Whuhan coronavirus – will certainly affect the Chinese economy but “nobody knows by how much”.

The spread of the coronavirus has so far claimed more than 1,000 lives and infected more than 40,000 people. Fatalities by the new coronavirus have surpassed Sars in 2002-03. Sars had killed 774 people and infected almost 8,100 people in 26 countries over eight months, according to the World Health Organisation.

China’s economy, which decelerated last year on the back of its tit-for-tat tariff war with the US, is expected to the slide further in 2020. The world's second largest economy currently accounts for 17 per cent of global GDP and 13 per cent of global trade. Last week the US Federal Reserve said the coronavirus presents a new risk to the global economy.

"The huge disruptions to production in China’s economy and beyond due to the coronavirus outbreak – through global supply chains into its export markets – will be felt in the weeks ahead," Sophie Altermatt, an economist with Swiss bank Julius Baer said in a note to clients on Tuesday. "Not only will a cyclical dent appear in China’s Q1 figures, beyond the one expected from the festive Lunar New Year season, but also in those sectors abroad that are heavily dependent on its production."

“When we invest and when we think about deploying capital, we obviously do not think the short-term six-to-eight month cycle. We like investing through the cycle,” he said “Facts on the ground tell you that right now fundamentals are pretty solid. Certainly, in the west … that’s what the anchor point looks like."

In terms of emerging market, investors need to exercise caution, as the commodities including aluminum, iron ore and oil will remain depressed on the back of the corona virus outbreak.

“What that means," he added, "is [that] while I am still bullish on places like Brazil, you need to be a little bit cautious.”