In a move to attract foreign investors and entrepreneurs, Saudi Arabia approves a Green Card-style system to issue residence permits for highly-skilled and wealthy foreign nationals 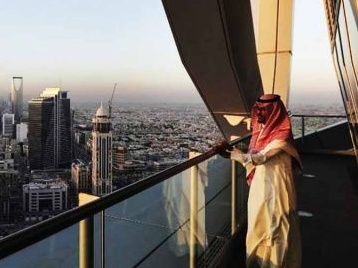 The Consultative Assembly of Saudi Arabia has approved a draft law regulating the issuance of residence permits for highly-skilled and wealthy foreign nationals without the need for a sponsor.

In a move to attract foreign investors and entrepreneurs, the Shura Council has approved the initiative, similar to the Green Card in the United States, as the Gulf kingdom looks to open up its economy as part of its Saudi Vision 2030 ambitions.

According to initial announcements in the Saudi media, eligible foreign nationals will be able to obtain a residence permit for up to one-year (renewable) or for an unlimited period of time.

Qualifying applicants will be required to prove sufficient financial resources, and have no criminal record and medical fitness, a statement said.

Beneficiaries of the program will be allowed to sponsor visitor visas for their relatives, employment visas for domestic workers, own property and travel without restrictions from and to Saudi Arabia.

Further details of the law along with executive regulations are expected to be announced in the coming months.

The news comes just a few weeks from another announcement confirming the launch of a new Gold Card extended residence visa scheme, with agencies and consultancies asked to research the possibility of further incentives aimed at attracting wealthy expat investors.

In an interview with Bloomberg, when asked what "non-oil revenue measures" the kingdom will likely undertake to diversify the economy, he said: "We are working on a specific program similar to the green card."