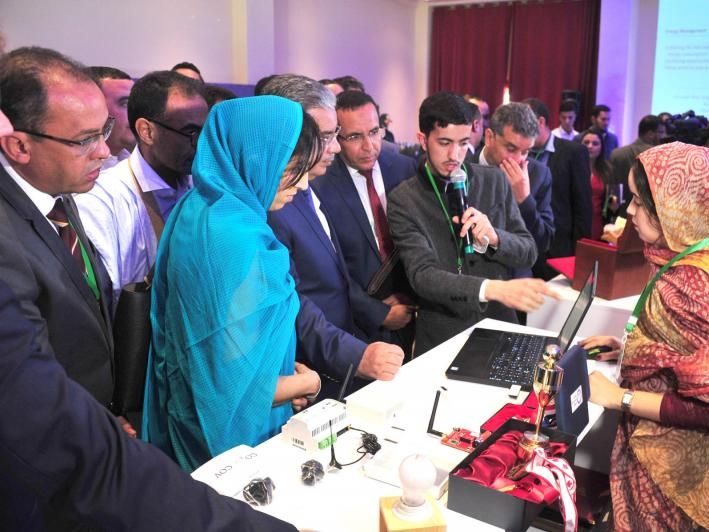 Morocco looks to help young graduates across the country achieve their entrepreneurship dream as The African Development Bank introduces 'Souk Al-Tanmia', an initiative launched in Tunisia after the Arab spring

By: The Arab News

SOURCE: The Arab News - Morocco looks to help young graduates across the country achieve their entrepreneurship dream as The African Development Bank introduces 'Souk Al-Tanmia', an initiative launched in Tunisia after the Arab spring

The program seeks to help finance projects selected from dozens of candidates from throughout Morocco to help them achieve their entrepreneurship dream.

The African Development Bank inaugurated the Souk Al-Tanmia programme in southern Moroccan to promote entrepreneurship among young graduates across the country.

“We have launched Souk Al-Tanmia programme in Morocco, which is an important initiative (for) young entrepreneurs in general and start-ups in particular,” African Development Bank (AfDB) Director-General Mohamed El Azizi said April 22.

Souk Al-Tanmia was started in Tunisia after the “Arab spring” to support young people setting up their own enterprises. Combining access to financing and targeted support, the objective of Souk Al-Tanmia is to give young people, women, associations, cooperatives and micro-entrepreneurs an opportunity to innovate and undertake their ideas, AfDB said.

“We have been thinking of generalising the programme since last year after its great success in Tunisia, which culminated in the creation of more than 250 enterprises by young people in various sectors. Morocco is the second country to benefit from it,” he said.

“Souk Al-Tanmia seeks to help create around 300 enterprises with an estimated fund of [$4.5 million] by providing entrepreneurs with financing, managerial skills, coaching and follow-up needed to set up and run their businesses.”

In partnership with the Danish development cooperation (DANIDA), Morocco’s Ministry of Economy and Finance and the Regional Foundation for Entrepreneurship and Enterprise (FREE), the programme seeks to help finance projects selected from dozens of candidates from throughout Morocco to help them achieve their entrepreneurship dream.

Ten candidates from Guelmim-Oued Noun were selected after explaining their projects in various fields, including renewable energy and plastic recycling.

El Hassan Baiga, regional entrepreneurship manager of the Office of Vocational Training and Labour Promotion, which was part of the campaign, said the region “is awash with talented young people who need such opportunities to prove themselves in the job market.”

The AfDB put the development of small and medium-sized enterprises and entrepreneurship among its core interventions in Morocco. More than 160 projects totalling more than $10 billion have been approved by the AfDB in Morocco in the last 50 years.

DANIDA is one of the main funders of the programme. Since 2003, Denmark has boosted its cooperation with the Middle East and North Africa through a Danish-Arab Partnership Programme (DAPP) called the Arab Initiative.

DAPP seeks to strengthen good governance and ensure economic opportunities, especially for young people and women in the region through partnerships. Morocco, Tunisia, Egypt and Jordan benefit from the programme.

Danish Ambassador to Morocco Nikolaj Harris said Denmark “sponsors many initiatives that aim to bolster the capacities of the youth in the region.”