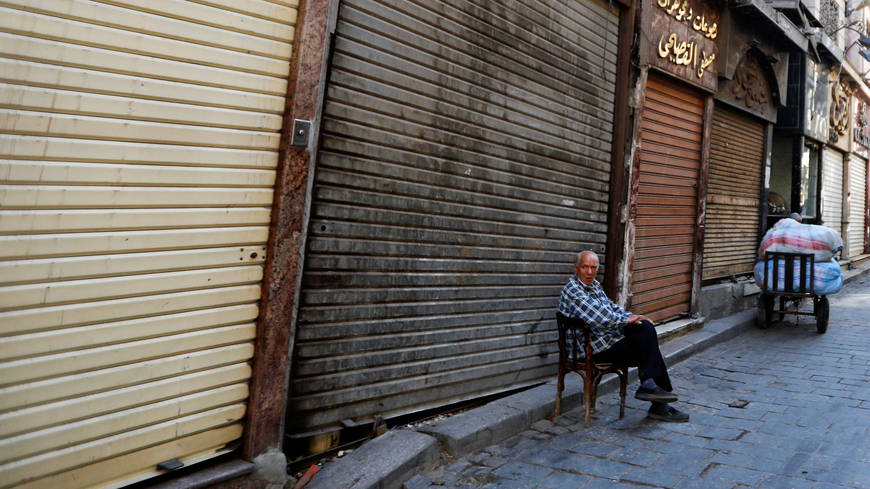 Despite Egypt's relentless efforts to help the needy, economists are urging the government to do more by increasing citizens' real incomes and creating jobs. The authorities should clear all obstacles facing the private sector and entrepreneurship to create jobs, one economist said.

The Egyptian government has launched a number of social programs to combat growing poverty rates. Efforts include staple subsidies, the Takaful and Karama plan, and the Hayat Karima (Decent Life) program launched in early January. The Takaful and Karama plan, which provides the poor with income support, is scheduled to end Nov. 30. The Egyptian government and the World Bank signed a $400 million agreement to fund the program in April 2015. The Hayat Karima initiative is designed to financially, medically and logistically support the neediest, including the homeless.

The social programs aim to mitigate the negative impact of economic reforms on the poor, who are the most vulnerable during economic transitions. Egypt launched a package of such reforms after signing a $12 billion loan agreement with the International Monetary Fund (IMF) in November 2016.

On Jan. 22, Alborsa newspaper quoted undisclosed official sources as saying that roughly 57% of Egyptians need subsidies and financial support from the state. The state-run Central Agency for Public Mobilization and Statistics (CAPMAS) said it would announce Egypt’s income and expenditure indicators, which measure living standards and poverty rate, in early February.

“According to preliminary data, the poverty rate currently stands at more than 30%, which means one-third of Egyptians are under the poverty line,” Rashad Abdo, head of the Egyptian Forum for Economic and Strategic Studies, told Al-Monitor.

Abdo urged the Egyptian government to invest in people, saying the country’s population should be considered human wealth that can be tapped. “Real investment should focus on the people, not on bricks and concrete,” he said, referring to education and training for the labor market.

Despite official endeavors to rein in poverty, preliminary data showed the poverty rate rose to 30.2% in 2018 from 27.8% in 2015, according to Alborsa.

Abdo said international organizations like the United Nations and World Bank have said an individual in Egypt should earn a minimum income of $3 per day. “Prior to the currency float, that equaled around 36 Egyptian pounds, when the greenback averaged 8 pounds. Now the US currency stands at around 18 pounds on the local market,” he noted.

However, Abdo noted that it is crucial to protect the middle class in the most populous Arab country.

“Advanced and emerging economies focus on measures to empower the middle class, which is the core of any socio-economic development. All policies should target the middle class in Egypt. The protection of this class is fundamental to protect the whole society,” Abdo noted.

Moreover, he said, a social safety network shouldn't be the government's main concern in battling poverty. “Most importantly, the focus should be on increasing the real incomes of individuals, as in other countries like China and India. Therefore inflation should not exceed 5%,” he added.

The inflation rate fell to 12% year-on-year in December, down from 15.7% a month earlier, CAPMAS data showed.

Asked about Egypt's distribution of wealth, Abdo called for enhancing the role of the private sector in generating jobs. “Social justice is associated with income. The government should encourage the culture of entrepreneurship by ironing out all obstacles facing the private sector and investment. Bureaucracy and red tape should be totally wiped out to pave the way for the private sector to create jobs,” he said.

On Jan. 25, IMF Managing Director Christine Lagarde urged the Egyptian authorities to press ahead with structural reforms that facilitate private sector-led growth. “This will help attain higher and more inclusive growth and will ensure better living standards for all Egyptians,” she noted in a statement.

As Egypt's poor fall between the anvil of low income and the hammer of price hikes, social protection programs are increasingly deemed an instrument for ensuring social and political stability.

The Ministry of Supply and Internal Trade said Jan. 3 that the government has issued 21 million ration cards, with 68 million Egyptians registered as subsidy receivers, out of a population of 98 million.

“Many holders of ration cards do not deserve to get staple subsidies,” Adel Amer, head of the Egyptian Center for Economic and Social Studies, was quoted as saying by Tahrir News on Jan. 20. “However, subsidy programs are a key item of the state budget. Subsidies directly impact the impoverished citizens in Egypt. The government is expanding the cash subsidies to [reach] the poor effectively."