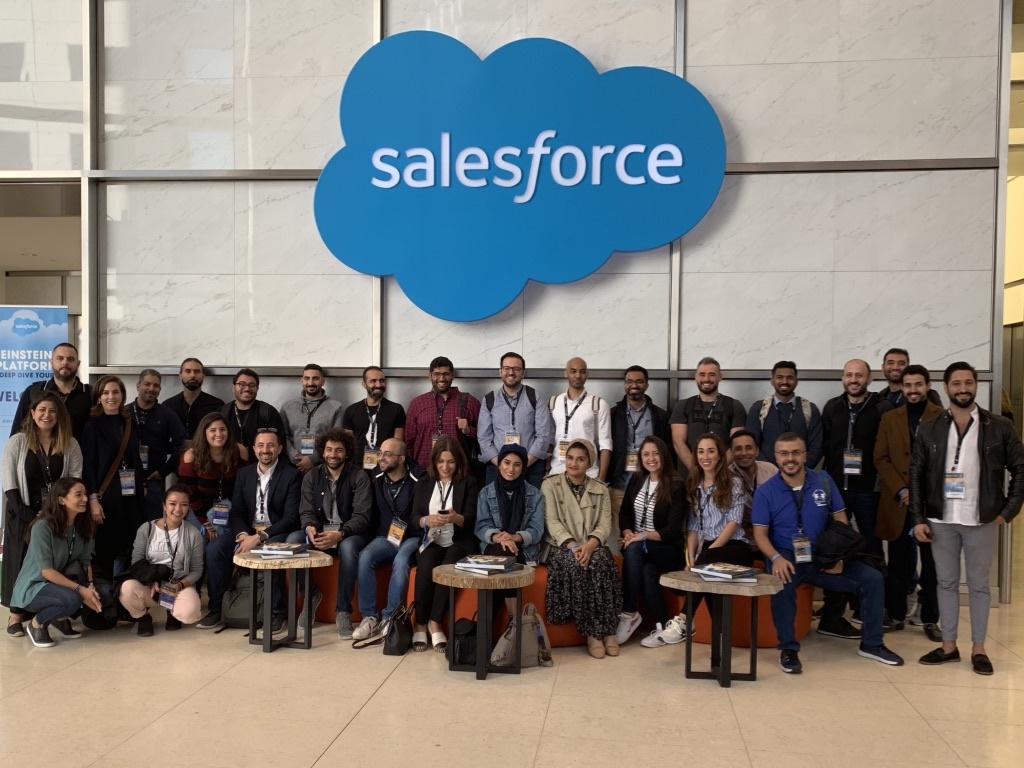 Receet, Inggez, Viavii and JWAR joined 17 startups from Bahrain, Qatar and Lebanon to participate in the 5th edition of the “Arab World Meets Silicon Valley” program. The weeklong program flew out 21 startups to Silicon Valley to gain game-changing insight into the inner workings of one of the world’s leading entrepreneurial ecosystems and learn about the latest trends disrupting the tech scene there.

The program kicked off with immersive trips to the headquarters of some of the biggest corporate names dominating Silicon Valley, namely Google, Facebook and Salesforce. Visits were accompanied by guided tours and in-depth discussions with top executives. On the following day, startups took center stage, as they participated in an exclusive training at the Valley’s leading entrepreneurial accelerator, BootUp Ventures. Afterward, startups connected with a host of investors, mentors and entrepreneurs from the Bay area for a series of one-on-one sessions. Before the day came to a close, participants enjoyed an inspirational address delivered by Dr. Ossama Hassanein, a leading entrepreneur, mentor and venture capitalist conquering the landscape of tech innovation across the globe..

TechCrunch Disrupt then dominated the scene, as startups from across the MENA region took part in a range of events. Some of the biggest names in the tech world were in attendance, including Founder and Co-CEO of Salesforce Marc Benioff, dubbed “Innovator of the Decade” by Forbes and one of the most powerful actors in the entertainment industry, Will Smith, among others. This year’s TechCrunch Disrupt brought people from a range of industries and nationalities together to celebrate their passion for all things tech and to usher in a new era of disruptive and impactful innovation.

During this year’s TechCrunch, participating startups collectively took part in MITEF Pan Arab & TechWadi’s conference and networking event to learn how they can scale and compete in new markets. Before “The Arab World Takes Silicon Valley” program came to a close, MENA startups were treated to a fireside chat and Q&A session with Udemy’s VP of Marketing Yvonne Chen to learn how a strategic marketing campaign, a powerful startup story, and an inspirational mission can help startups overcome boundaries to tap into new markets while having an impact.

“This was a groundbreaking opportunity for our Palestinian startups to network with top executives at tech giants like Facebook, Google, Salesforce and Udemy, and learn about one of the world’s leading tech scenes. The interaction with the other Arab participating startups was also an opportunity to network and build connections.” Says Founder and Director of MENACatalyst Ghassan Amayra. “It was great to meet directly with Arab tech and business leaders working at Facebook, Google and WhatsApp, as well as our own side-meetings with successful Palestinian diaspora entrepreneurs like Ziyad Dahbour, the COO of Incorta.”

For Palestinian entrepreneurs, the main takeaway was increased exposure for their startups and the opportunity to not only network but to learn from seasoned disrupters, business enablers and investors that know what it takes to sustainably scale to international markets.