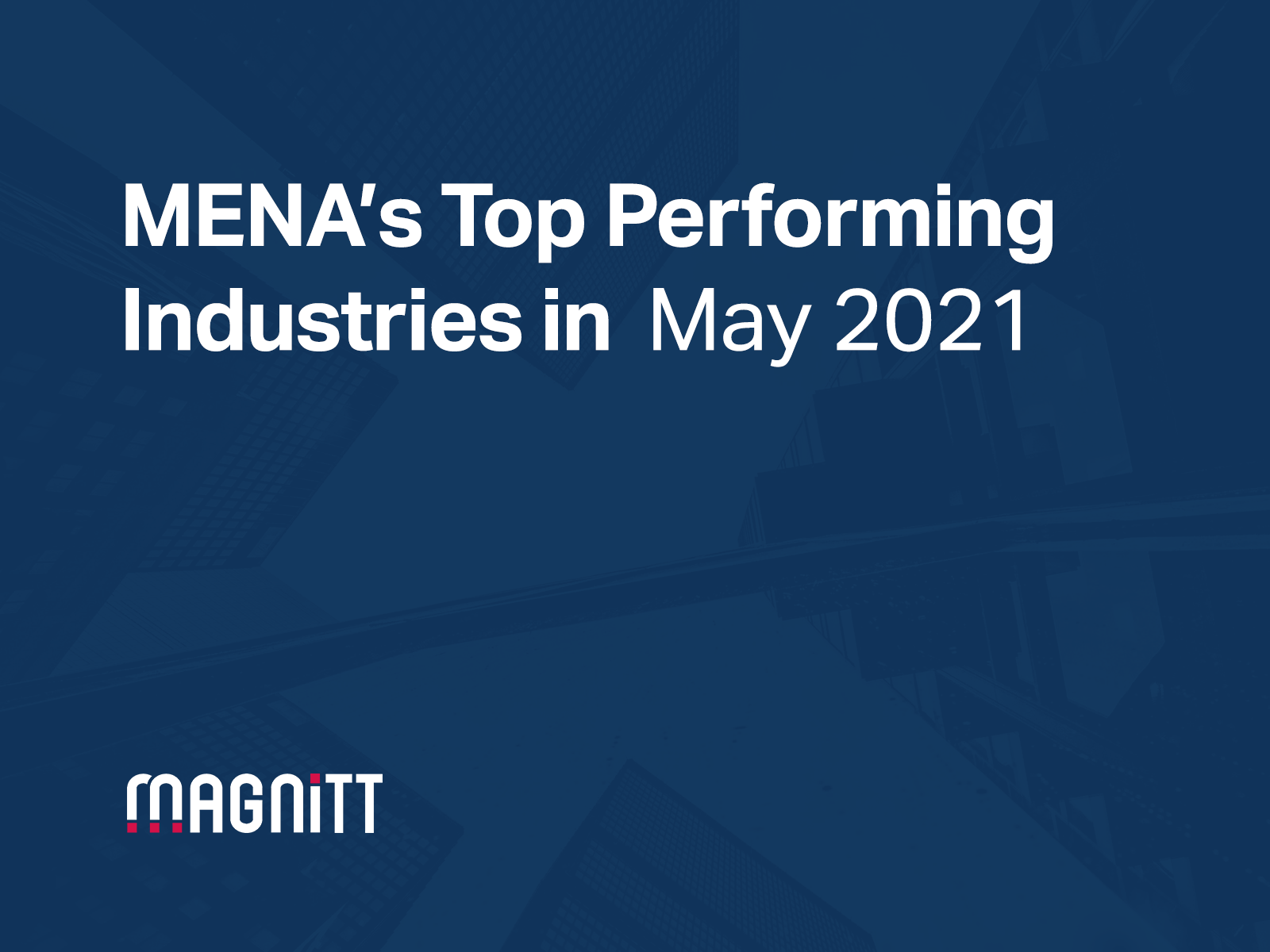 MENA's Top Performing Industries in May 2021

Off the back of the May 2021 Venture Investment Dashboard, three industries in MENA particularly appeared to attract a healthy number of startups and venture capital. As we stand at the cusp of half-year 2021, a brief look at these sectors and their star startups could help lay out the direction of MENA’s VC ecosystem for the remainder of the year.

MENA’s rapid emergence into the Fintech space was made clear in the very first quarter of the year. As MAGNiTT’s Q1 2021 MENA Fintech Venture Investment Report indicated, 50% of all capital deployed into the sector in 2020 was already invested in MENA-based Fintech startups in Q1 2021. With an additional $17M raised by Fintech startups in May 2021, total funding poured into the sector has now risen to 94% of the investment it garnered in 2020.

In May 2021, the sector ranked second by both the number of transactions registered and capital deployed. Compared to May 2020, startups operating within the industry raised 387% more funds but closed four less deals. The largest Fintech deal so far in 2021 in MENA was closed by Egyptian startup Tribal Credit. In May 2021, Spotii’s $16M round was the largest.

After a slow first quarter in 2021, E-commerce made an unprecedented comeback in May 2021. Just five startups from the industry raised rounds that accounted for 40% of the investment deployed across all industries in the month. With VC investment worth $47M, E-commerce topped the list of industries to raise the most funds in May 2021. Year-over-year, this marked a 1000% increase in funding and a 25% rise in registered transactions.

This turnaround in May now makes the industry the second most popular among startups so far in the year, and the third most well-funded across MENA. This growth was led by Sary’s $31M Series B round and Homzmart’s $15M Series A round.

According to MAGNiTT’s data, D&L stood tall as one of the top three best performing industries in MENA in Q1 2021. The industry has so far continued this momentum into Q2 as it raised $10M through three deals in May 2021, ranking third in the month on both fronts. When compared to May 2020, the sector’s funding increased by 544%. However, thus far in 2021, the industry stands behind Food & Beverage to rank fourth by amount of funding received.

Egypt’s Bosta secured a $7M Series A round in May, the largest D&L transaction in the month.

MENA's Top Performing Industries in May 2021