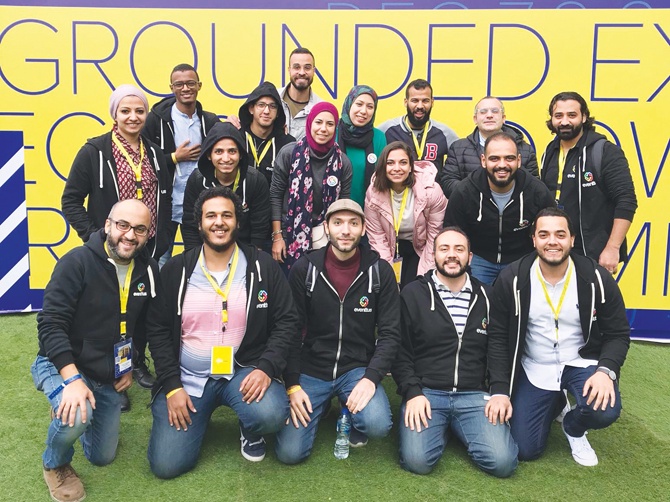 While the Middle East and North Africa (MENA) region has always been a popular destination for business and entertainment events, a host of startups are taking the industry to the next level through the power of technology.

Earlier this year, Saudi Arabia’s General Entertainment Authority announced a new strategic plan to revamp the local entertainment sector. There are more than 5,000 events on the calendar for 2019, with investments projected to exceed $64 billion over the next decade.

The plan is part of a broader push to diversify the Kingdom’s economy away from oil by 2030.

Events and entertainment tourism are expected to play a key role in this ambitious economic reform.

However, this sector boom is nothing new to the region. The UAE has established itself as a leading destination for business events and entertainment tourism, while more of MENA’s major economies are implementing economic plans that incorporate the thriving events industry in one way or another.

Startups in the region are capitalizing on the evolution of this space by developing a digital ecosystem which allows event organizers to deliver an experience living up to the expectations of their attendees.

Whether it is making ticket purchases easier, streamlining event check-in, or addressing a whole host of other challenges regional events organizers have historically faced, these startups are leveraging technology to raise the standards of event management.

“After all, it is not enough to have great performers when the rest of the experience that comes with attending events is below par,” says Farrukh Bandey, a user experience research manager at UXBERT Labs, the digital experience design company behind event planning and discovery app HalaYalla.

Launched in early 2014 by Bandey and Nadeem Bakhsh, the Saudi-based venture came to dominate the country’s entertainment scene after becoming the official ticketing app for the Jeddah Season series of events.

HalaYalla provides a full suite of event-management features together with live event analytics and reporting for organizers. It also worked with local authorities to let international event attendees apply for a tourist visa while buying their tickets through the platform.

While gaining the trust of the government was a huge milestone for the company, it was also a challenge. The team’s abilities were first put to the test when they handled the registration for Saudi Arabia’s first-ever Baloot Championship, a card game popular in Gulf Cooperation Council countries.

Considered by many as one of the earliest disruptors in MENA’s event space, Eventus was founded in 2012 by Egyptian duo Mai Medhat and Nihal Fares. The company was backed by multimillion-dollar investment rounds from prominent local and international venture capitals.

The market Eventus excelled at addressing was providing event organizers with a customized app. The execution was a great hit for forums such as the Startup Grind’s Global Conference, an annual gathering for a community that supports 2 million entrepreneurs in more than 125 countries.