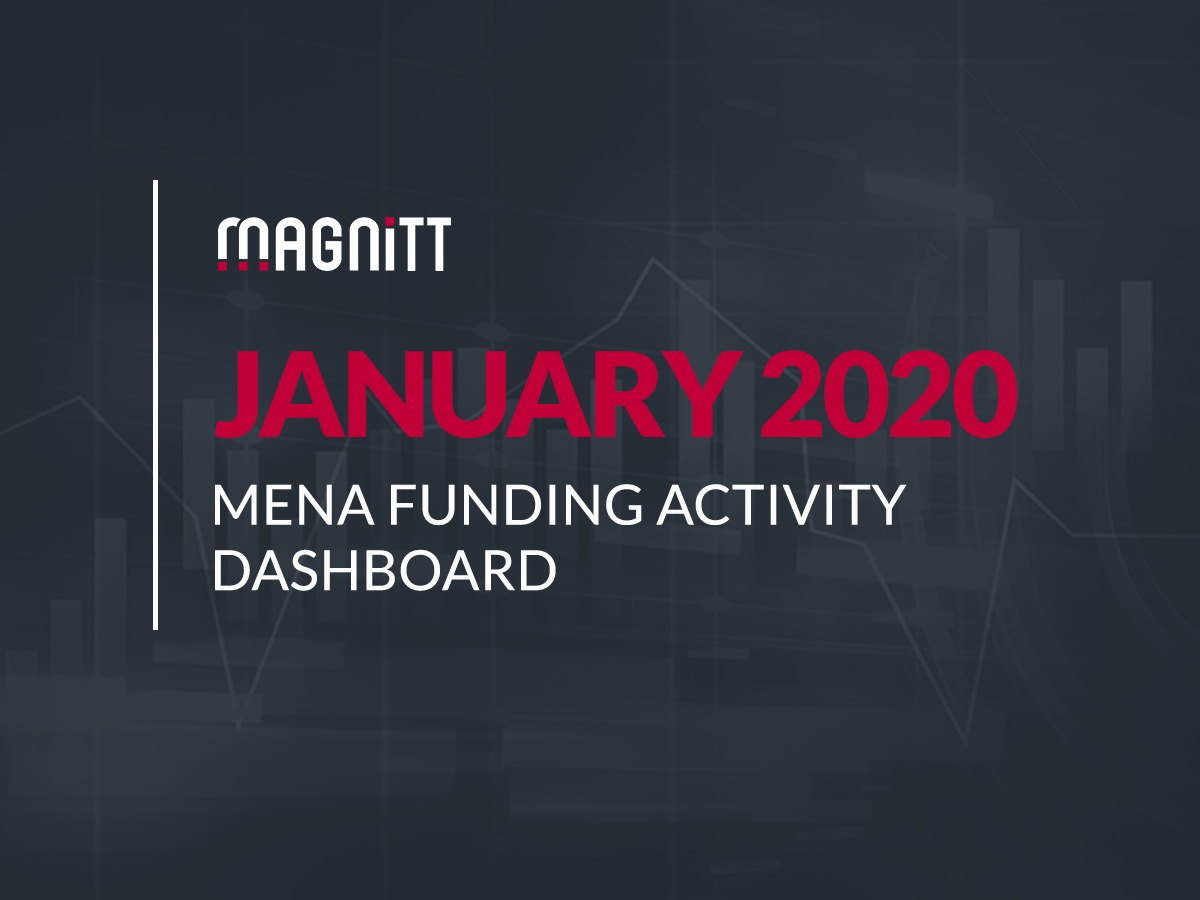 2019 was an eventful year, with a record number of deals, exits and investors, according to MAGNiTT’s 2019 MENA Venture Investment Report. This healthy uptake is expected to continue in 2020, with our predictions that exits would reach new heights and more than one billion dollars will be invested in the year.

However, with 18 deals taking place last month, January 2020 marked a decrease of 54% in the number of deals compared to January 2019. Furthermore, January 2020 also witnessed a 56% drop in total funding, with $37M raised, compared to the same period last year. As mentioned previously, this is often a lagged metric, since funding rounds are often disclosed to MAGNiTT at later stages throughout the year.

Last year, we saw Egypt take the lead by number of deals for the first time. In January 2020, Egypt took the lead in total funding, with Halan reportedly raising a $15M Series B funding round, which featured participation from MEVP, Egypt Ventures, and Shaka Ventures. However, the United Arab Emirates (UAE) still accounted for the highest number of deals, on top of coming second by total funding. With Kitopi’s $60M fundraise in February 2020, it is expected that the UAE will leapfrog Egypt and reclaim first place by total funding again.

Starting the year off with an accelerator program, StartupBootcamp Smart City Dubai holds the title as the most active investor (accelerator) in the MENA region in January 2020 by number of deals, investing in 3 MENA-based startups: Monocle Reality, Lightified and Shorages.

Given that investment activity is relatively low at the beginning of this year compared to the same period last year, there is still a gap of 548 deals and $667M total funding in order for 2020 to reach the same levels of 2019. However, fueled by government initiatives and matching programs such as the recently established Abu Dhabi Investment Office (ADIO), to support startups in the region, it is expected that activity will pick up again.

This, and much more information and analysis, is available in our January 2020 Dashboard, which provides a snapshot overview of the key activities in the MENA startup ecosystem in the month.