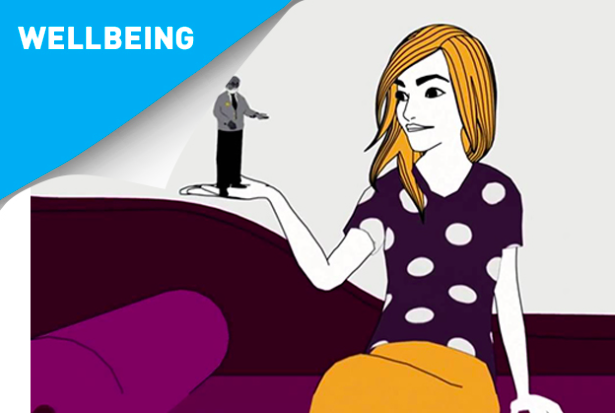 By Khadija Hamouchi / The Arab Weekly

What seems to unite these ventures is the focus: All seek first to alleviate the stigma of mental illness and then to treat it.

When American singer Demi Lovato was hospitalised after a suspected drug overdose, an Egyptian woman went on BBC World Service radio to explain what the pop star meant to her.

She said Lovato gave her the courage to face her own mental health issues. In Egypt, she added, any mention of mental health problems was taken to mean you were crazy; it was Lovato who helped the woman face her problems.

That such distant support — from a singer she did not know personally, in faraway America — was so gratefully received by a young woman in Egypt says something. Not just about her need but about the extent of the problem.

Statistics related to mental illnesses and suicide are not recorded in the region but Lina Geha, a psychotherapist in London, said the Middle East and North Africa has a range of mental health issues. “The most prevalent are stress-related depression, anxiety and, more recently, trauma related to either living through war or witnessing others living through war,” she said.

That diagnosis makes sense. There are two hot wars in the region — Yemen and Syria. The Palestinian-Israeli conflict is a running sore. There is Kurdish restiveness, the aftermath of Turkey’s failed 2016 coup, the Gulf states’ row with Qatar and the fallout of the Tunisian and Egyptian uprisings.

Maha, a 23-year-old Cairo design freelancer, blamed the toll of political events: “I have suffered depression for 10 years or so. It got worse after the revolution.”

Until recently, Arab millennials had few options for help with mental health issues. New ventures are answering the call but there aren’t many of them.

Start-ups such as Sympaticus are more hands-on. Though it is designed to help both sexes, the 3-year-old Lebanese mobile application has a women’s focus. It addresses symptoms of mild to moderate depression.

What seems to unite these ventures is their focus. All seek first to alleviate the stigma of mental illness and then to treat it.

Shezlong customer relationship manager Aya Ali said media and entertainment content can encourage people to seek therapy. “Movies really shape people’s views. Imagine what one successful movie can do when it depicts how seeking professional help can transform a person’s life,” she said.

Geha, who can speak with patients in both Arabic and English, said she agrees that popular narrative matters. Mental illness is stigmatised in the region, she said, with the stigma serving as “a form of social bullying by shaming and isolating the other.” That is not unique to the Arab world and “is an international inter-social dynamic,” she said.

The subtext is the shame of meeting face-to-face with a therapist.

Amer, an Egyptian student, said: “I have personally tried face-to-face therapy and found it difficult to express myself entirely. Maybe I was not that ready after all.

“So I started to look [for a] platform in which I could deal with my emotions in a slower way. I subscribed to an app that provides a 10-week programme. The experience was much better. I know that one day I will get back to face-to-face therapy.”

Shezlong, however, offers only face-to-face therapy via video conference. Customers choose a therapist and book sessions online. The cost is $20-$100 for up to an hour of counselling. Prices are determined by the therapists.

Ali said take-up is good, despite the cost. “Even employees working in big corporates who need professional psychological care are not necessarily getting it with their firm’s health-care package,” she said.

Regionally, mental health regulation and pricing are barely defined, so patients can expect to pay as much as $150 for a 45-minute session in Lebanon. That’s nearly one-third of the monthly salary for many Lebanese, as it is for citizens of Morocco, Egypt and Syria.

Maha, a Cairo freelance designer, said she pays what she must because she needs help but the search for a therapist has been frustrating. “I have tried therapists, sometimes expensive ones. Sometimes, I encountered so-called therapists and still ask myself how they got into that position,” she said.

Maha said she finally found a psychotherapist she could afford, adding: “I don’t have to choose between food and my sessions.”

Not everyone is so lucky, unless they live in Algeria. The North African country stands out in the region for its accessible and affordable mental health provision. Samia Lounes, a psychiatrist at a hospital in Algiers, said: “In our country, patients have access to free mental health treatment.”

However, Algerians don’t take advantage of the provision. They may “go for alternative traditional medicine, which is usually exorcism by trusted quacks,” Lounes said.

What emerges is a disturbingly patchy picture of regional mental health, with start-ups pushing uphill, slowly.