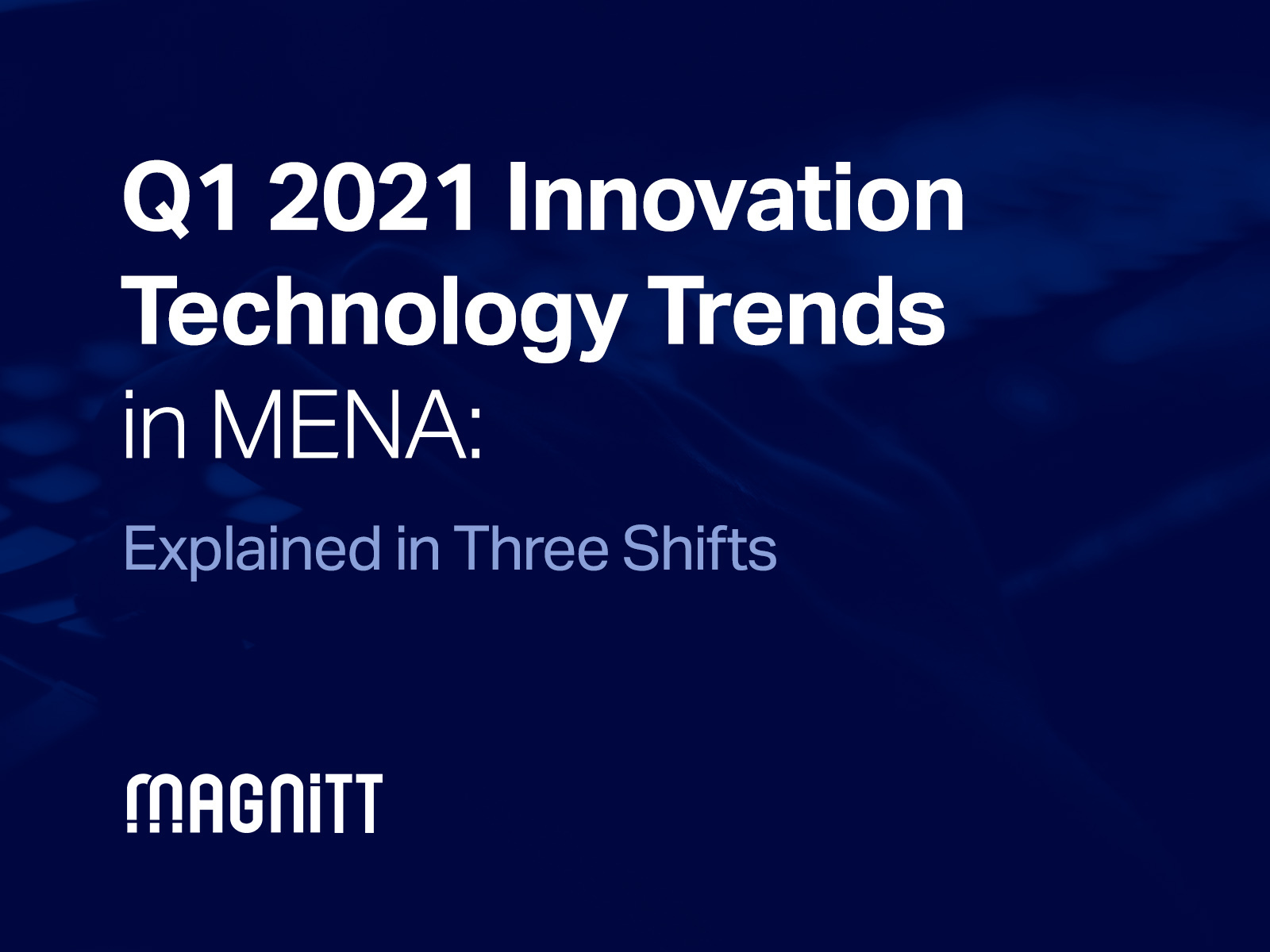 Continuing on the trajectory of a positive 2020, the startup ecosystem in MENA got off to a promising start in Q1 ‘21. The lift in funding and count of deals from Q4 ‘20 has signalled a return of investor confidence after a brief period of deceleration. MAGNiTT’s quarterly industry reports mapped the specific markets and industries this increase could be attributed to.

Having studied the Q1 ‘21 MENA venture investments in Fintech, Food & Beverage, and Delivery & Logistics, these reports underscored three important shifts in the ecosystem:

1.     After a high-performing year, E-commerce did not feature in the top ranking

In further evidence of the mature stage of MENA’s innovation hubs, E-commerce lost its position in the top five industry ranking in the region. The emergence of well-established players in the sector in markets like UAE and KSA seemed to discourage further funding to more generic E-commerce startups. Niche technology solutions, like social commerce platform Zbooni, however, are still finding room to grow.

Out of MENA’s three innovation hubs, UAE, KSA and Egypt, the latter saw its startups close four of the nine e-commerce transactions in Q1 ’21, with a rise in fashion e-commerce retailers like Opio and second-hand marketplaces like Jilatee.

Fintech and F&B witnessed an eventful quarter. Capital deployed in the former grew by 163% year-over-year, while the latter tripled in funding since Q4 ’20 (+227%). Growth in both sectors was primarily triggered by venture activity in KSA, where startups raised 2000% more YoY in Fintech, and 5,700% more in F&B.

While larger deals guided this progress, smaller ticket sizes also played their part. In Fintech, for instance, KSA-based startups claimed 43% of investments in deals sized between $3-$10M. Despite this sizable claim on capital, four of seven Fintech deals in KSA were valued under $3M. This indicated a healthy venture pipeline in the country, with some looking to scale operations while others actively raising funds for early-stage growth. In terms of bigger deals, Saudi F&B startup Foodics closed the largest industry deal worth $20M. Lendo and Hala were examples of KSA-based Fintech startups that raised one-third of capital deployed in the sector’s top five deals.

The investor ranking was also studded by names from KSA. Saudi VC Impact 46 stood first among Fintech investors in Q1 ’21, while over half (53%) of all F&B investors in MENA in Q1 ’21 were headquartered in KSA.

Later-stage startups were able to command investor confidence and become growth drivers in their respective sectors, as shown by their share in funding. In F&B, for example, 88% of all capital deployed in Q1 ’21 was courtesy of the five biggest transactions. In Fintech, where concentration of capital was relatively sparse, deals outside of the top five shared just 39% of funding poured into the sector. The Delivery and Logistics sector, one of the three top industries in Q1 ’21, presented an extreme case of highly concentrated capital. Just one startup, Lyve Global, raised 90% of all funds in this sector through two different rounds. The remaining six deals only shared $5M among themselves.