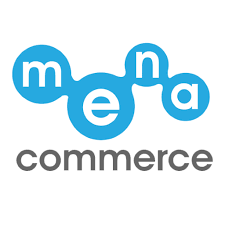 UAE based E-commerce Company MENA Commerce has announced some very exciting plans for the near future. The company received additionally funding from a group of Angel Investors led by the Kuwaiti based Venture Capitalists Arzan Venture Capital.

Mena Commerce is a very atypical e-commerce player in the Gulf and Middle Eastern region. It has been described as being “The Google of Retail” because of its flagship-shopping engine: ShopShopMe.com. Users can tell the website which product they are looking for and the search engine then looks across all online and offline stores.

By doing this, MENA Commerce offers retailers a change to increase their visibility while increasing the options for the consumer. And it doesn’t stop there.

In a press release, MENA Commerce stated that it will soon release a mobile version of its search engine. Giving consumers the possibilities to use text and images to look up products.

The Company’s Founder Moustafa Mahmoud told in a statement: “When a shopper sees a product they like on shelf, all they need to do is point their mobile phone’s camera at it and the application will automatically identify the product, and show all the other retailers selling the same product along with their prices.”