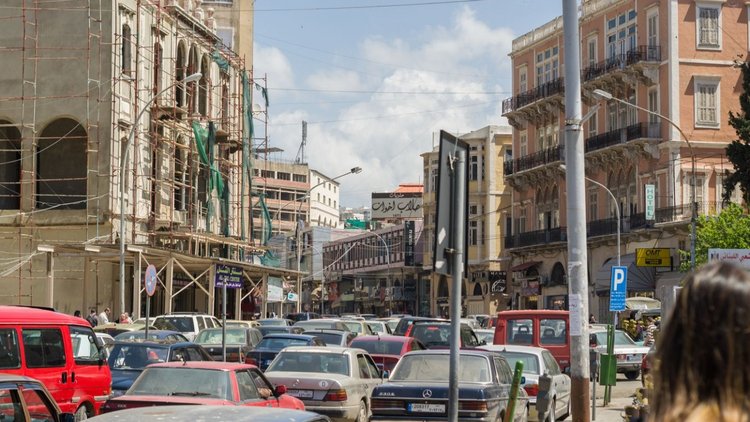 When Syrian entrepreneur Omar Alsakka left Damascus to settle in Beirut, and study at the American University of Science and Technology (AUST), little did he know of the troubles he and his family would face while crossing the Lebanese-Syrian border to visit each other. “The main problem we had was the drivers,” Alsakka remembers. “They were very unprofessional- they would either overcharge, or show up late, or charge extra for the luggage, and many other things.”

Another huge problem Alsakka noted was the obligatory carpooling of passengers with different “legal situations”- these essentially refer to legal excuses that allow Syrian citizens to travel to Lebanon. “You have to have a valid reason to cross the border,” Alsakka explains. “It can be a permanent residency, or a hotel reservation, or an airline ticket at the airport in Beirut, or a student visa, or many other things.”

Forcing passengers with different legal excuses to carpool together meant that they would have to wait on one another, as each passenger gets interrogated for his or her own excuse. “A passenger with a residency permit would not take as much time with his paperwork as, say, one with an airline ticket from the Beirut airport,” Alsakka explained. “So, if they were placed together, one of them would have to end up waiting for the other.”

The process was, to say the least, a frustrating one. But Alsakka came up with a solution: “to group all passengers with the same excuse together in one car… That way, no passenger would have to wait on others, and the trip would go smoothly.” According to Alsakka, this is the feature that gives the LiBeiroot app -the application he and co-founder Amr Kahhaleh developed- an edge over traditional cab companies. “When using the LiBeiroot app, users must fill out a form stating their legal excuse, before they can proceed with the reservation process,” said Alsakka.

But how did LiBeiroot come into being in the first place? “It all started when I met Amr, my current co-founder, two months after my graduation,” Alsakka says. “I knew he was a software engineer at Apple in San Francisco, and I already had my market studies done concerning the number of cars and taxis.” The pair put their heads together, and when it came to the actual build of LiBeiroot, the duo decided to focus strongly on testing, testing and more testing. “All in all, we must have done around six or seven testings and iterations, and each testing involved around 50 people.”