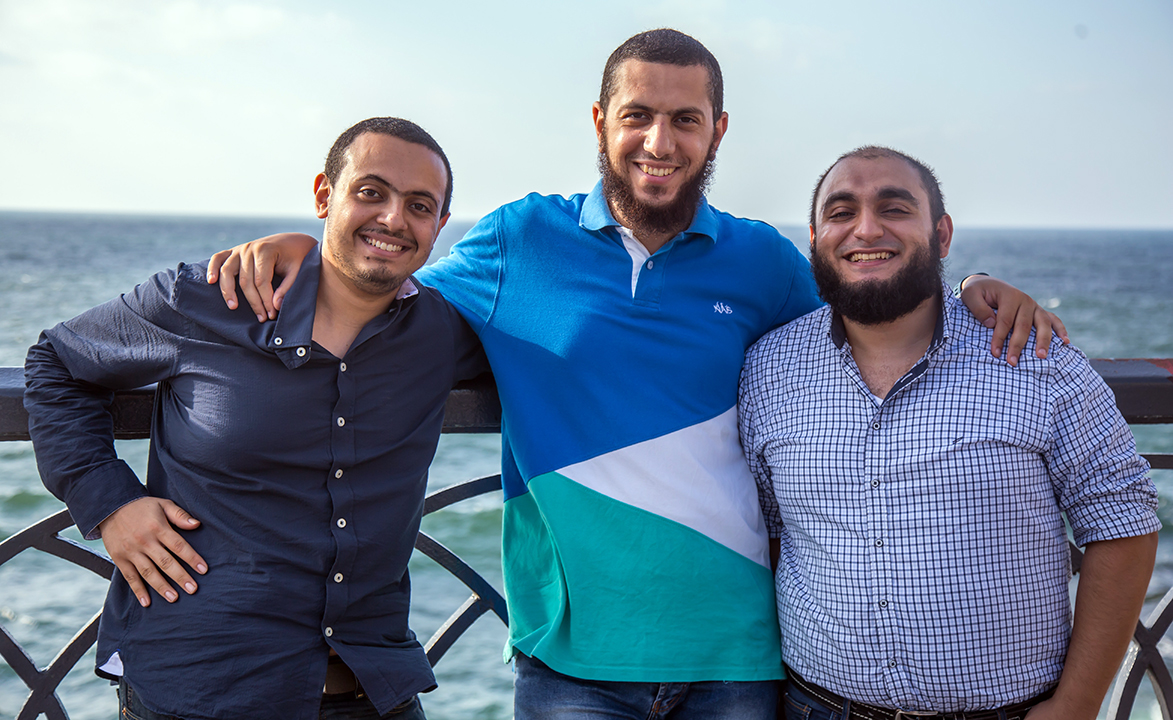 We sit down with the Alexandrian developers behind a virtual wallet that promises secure cashless transactions for Muslim pilgrims in 2030.

Due to the crowds in Hajj, an average of 3 million Muslim pilgrims are prone to face theft and fraud during their Hajj observances. In fact, in this year’s Hajj season, unidentified women were reported to have stolen $2,500, two mobile phones, from pilgrims while they performed Tawaf– a Hajj practice that involves circling the Ka’baa. Last year, 25 men were arrested for stealing 80 cell phones and over $13,335.

To fix problems like these, Saudi Arabia has brought together around 3,000 coders and tech entrepreneurs to engage in a three-day hackathon to bring about tech solutions to the ancient Muslim ritual. This comes in line with Saudi Crown Prince Mohamed Bin Salman’s ambitions to reduce the kingdom’s dependence on oil, and in turn convert his future realm – which grew on fossil fuel - into a kingdom of tech, innovation, and renewable energy. The fruits of the Hajj Hackathonare purposed to be up and running by 2030, which marks Saudi’s vision; a plan to diversify the kingdom’s economy, and develop public service sectors such as health, education, infrastructure, recreation and tourism.

“The Hajj Hackathon involved areas such as Infrastructure, Waste, and Crowd Management,” Abdel Malek Mohamed tells Startup Scene. “But what really hit close to home was fintech.” Mohamed led a team that developed a virtual wallet to help pilgrims move around with as minimal paper money as possible.

Nothing was planned and everything fell in place very quickly. Mohamed’s colleague, Mahmoud Khaled, was sunbathing at one of Marsa Matrouh’s golden beaches when he got a phone call telling him he has to take a flight from Cairo in 10 hours. “I was with my family, so I had to drive them home in Alexandria, pack, and head off to Cairo to catch my flight to the hackathon,” Khaled tells Startup Scene.  “So, things were a bit tight, but it was all worth it.”

Mahmoud arrived at the airport and bumped into Mohamed. “I had no idea he would be traveling with us,” he says. “We already knew each other, but as mere acquaintances. The friendship wasn’t formed until after the hackathon.”