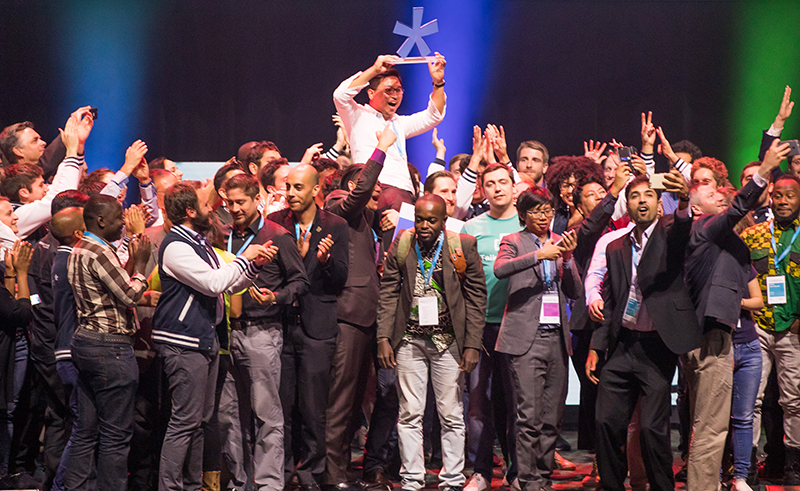 Having roamed the world analyzing startup ecosystems across emerging economies, Seedstars is back with its annual summit, bringing over 65 startups from Central and Eastern Europe, the Middle East, Latin America, Asia and Africa to a massive stage. Hailing from the Middle East, nine gamechanging startups will take the stage, where they will pitch their business ideas for a chance to win up to one million dollars in investment.

Running its fifth anniversary, the summit spanns a wide variety of verticals, from Fin-tech to Ed-tech, Med/Bio-tech, Agri-tech, Insure-tech, Clean-tech and High/Nano-tech, they will reunite in the SwissTech Convention Center in Lausanne, Switzerland to compete for different prizes and the title of Seedstars Global Winner. The event, which last year crowned Arab startups Mindrockets and Asafeer Educational Technologies amongst its winners, will also attract startups enthusiasts, investors, business angels, government officials, incubators, NGOs and journalists from all over the world for an international and unique hands-on networking experience.

“What’s so interesting in the Arab world is the sheer volume of people with similar cultures and interests,” Seedstars co-founder Alisée de Tonnac told Startup Scene at the summit last year. “For a long time, we’ve been seeing entrepreneurs in the region trying to copy-cat what was happening in Europe or trying to move as quickly as possible move to the US; but finally we are seeing entrepreneurs understanding more and more that we have got huge problems to tackle in our own homes, and thanks to technology and the support of initiatives, we can start building real solutions for real pains in our region; that’s biggest potential,” she said. According to the organisation, 84 percent of the world’s population is located in emerging markets, which also represent 59 percent of global GDP.