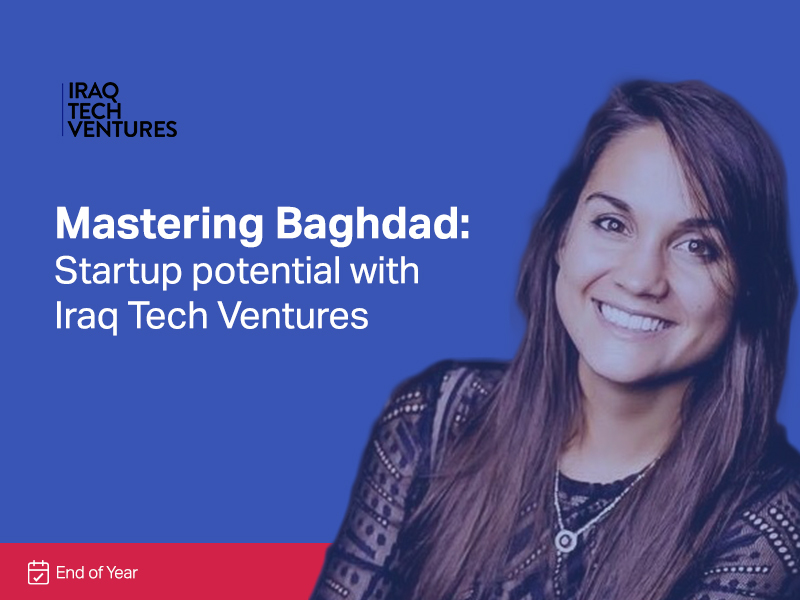 There is surely no hiding of the exceptional success E-commerce, Food Delivery, and other digital ventures in MENA have observed. Yesterday, we explored the top 4 E-commerce rounds of this year, of which the highest was closed KSA-based B2B marketplace with integrated supply chain solutions startup Sary, raising $75M in a Series C. The digital spaces in MENA, however, haven’t always been this exemplary. To put this round into perspective, it would be around $44M more than what the entire MENA E-commerce industry raised in 2017. A year later, funding in the E-commerce space grew by more than 500%, and in 2021 the E-commerce space observes a record-high for VC investment.

Today we have E-commerce platform Souq acquired by global Tech giant Amazon and Jahez in Food Delivery (setting up for an unprecedented IPO in KSA) amidst a plethora of successful and well-funded digital platforms including KSA-based Foodics, UAE-based Seez, Egypt-based Capiter and MaxAB, and Saudi-based Nejree amongst many others. Many factors drove the success of this industry of digitization, yet the question is: Can younger Emerging Venture Markets follow suit?

In this week's thought contribution, we explore VC in uncharted territories as we invite Iraq Tech Ventures Co-Founder and Serial Investor Laura Olivier to give us a tour of the VC landscape in Iraq:

The two most anticipated industries in Iraq currently are E-commerce and food delivery (in terms of the number of local and regional players in Iraq operating in these industries or planning to enter the Iraq market).  The investor attractivity to these industries is likely attributed to the large total addressable market and the fact that we’ve seen great success stories for giant Tech startups across more developed geographies. Over in Iraq, the market for these services is so large, we believe there’s room for more than one player to exist and do well. Smaller, yet more developed and capital-abundant markets like the UAE have several successful food delivery and E-commerce platforms operating at a much smaller population size than Iraq, which bears a promising feature for digital ventures here. The last and most interesting reason why these ventures have been very attractive investments for us is that they could be potential acquisition targets due to the necessity of local infrastructure and operations to execute these services well. A regional player may want to enter via acquisition rather than start its operations from scratch due to the challenges that exist in the Iraq market.

Specifically, most of the investment decks I’ve seen from Iraqi entrepreneurs are in the E-commerce category and we are starting to hear that regional E-commerce players are planning to enter Iraq. In the food delivery category, the fight from both local and regional players is fierce at the moment. We are very interested in both of these categories since we’ve invested in two very prominent players in Iraq – Miswag (E-commerce) and Alsaree3 (food delivery). Personally, I am very excited to see what happens in the fintech industry in Iraq. With the vast majority of its population still unbanked, there are a lot of exciting opportunities in the fintech space.

Over the past several years, the amount of startups and educational programs targeted to support startups has proliferated. Unfortunately, however, the availability of funding is still very scarce. While many non-profits offer grants to startups, these are often conditional upon meeting certain milestones and don’t provide ongoing support or mentorship in the same way an investor with a vested interest would. On the other hand, many VCs (even regional ones) do not include Iraq in their mandate yet due to various reasons including corruption and the lack of a predictable legal environment.

Locally, there are angel investors and a couple of Iraq-focused institutions who have invested in startups but this number still remains conservative. In terms of alternative financing locally, it is difficult to get a loan from the bank as a first-time business owner. Some viable debt options could be found in banks like Ashur Bank, offering small or no-interest loans, or requesting SME loans from banks like Development Bank, Al Ahli Bank of Iraq, Iraq Islamic Bank, International Islamic Bank, and South Bank. However, despite these financing options, many startups still require "smart money", with investors who can provide them with guidance, mentorship, and support as they have a vested interest in the success of the company.

As a result, many deals are undervalued and there is an opportunity for investors to make sizeable returns on their investments. Organizations like Iraq Venture Partners and Euphrates Ventures have seen this growth in value firsthand in their portfolio companies and have decided to fill the gap in funding available to Iraqi entrepreneurs. I would recommend that startups looking to scale should try to attract funding from sources like these organizations, or angels who understand the local market since they will be the most understanding of the Iraqi entrepreneur’s challenges and may have local connections or resources to help support them in their journey.

Iraq is a very complicated market in a number of ways. First, it carries a host of geopolitical challenges, in addition to systemic corruption. Also, due to bureaucratic challenges, it can take up to 6 months to a year to register a company and its shareholders, and specifically registering foreign shareholders is a very difficult and lengthy process, which inhibits direct foreign investment. My number one recommendation to a startup to help facilitate foreign investment is to explore different registration options:

For example, within Iraq, later-stage startups could consider registering as a joint-stock company (which is an entity classification in Iraq for more mature companies). This entity type requires more capital upfront, but it is a much easier process to register foreign shareholders under this entity type versus an Iraqi LLC. We are undergoing this process now with some of our portfolio companies now that they are more mature.

A startup could also consider registering an SPV or holding company in a different jurisdiction outside Iraq, such as ADGM (Abu Dhabi Global Markets) for example, which could serve as a holding company for the local Iraq entity. Some foreign investors may feel more comfortable investing in an entity based in UAE, rather than Iraq because it is much easier to register oneself as a shareholder and it applies English Common Law.

Lastly, it is very difficult to scale within different areas of the country itself due to the various political and cultural conditions in a given area. For example, there is no nationwide registration process. There are different registration processes in federal Iraq and the Kurdistan Region of Iraq (KRI), which is located in the northern part of the country (and which has its own semi-autonomous government). To illustrate this point further, there are separate registration processes within different governorates of KRI itself (between Erbil and Sulaimania, for example). In federal Iraq, there is a similar problem with being able to scale to different areas. You can be a very successful company in Baghdad, but if you expand to Basra you may encounter a lot of challenges if you do not hire enough local people in Basra or properly understand the culture there, for example. Thus, conquering the local Iraqi market is a challenge, which is why you see few companies dominating the entire market.

Despite these unique challenges, it’s a very exciting time to be investing in Iraq. It has a large, growing population that is young, digitally literate, and hungry for digital services. At the same time, Iraqi banks and government bodies are announcing mandates that focus on empowering the tech ecosystem and startups specifically. We are very hopeful that conditions will start to improve for Iraqi entrepreneurs.

Laura co-founded Iraq Tech Ventures with her husband, Mohammed Khudairi in 2018. Since its inception, Iraq Tech Ventures has raised millions of dollars for Iraqi companies in its portfolio with its syndicate of angel investors and institutions. Its initial investment in 2019 was in Miswag, Iraq's largest e-commerce platform, and was the first venture investment of its kind into an Iraqi tech company. As Executive Director, Laura manages research, startup relations, and the fundraising and investment processes for Iraq Tech Ventures. This year, Iraq Tech Ventures decided to partner with two other Iraq ecosystem players, Innovest ME (Ruwwad Al Iraq) and the Station, to launch a fund focused on supporting Iraqi startups and founders.