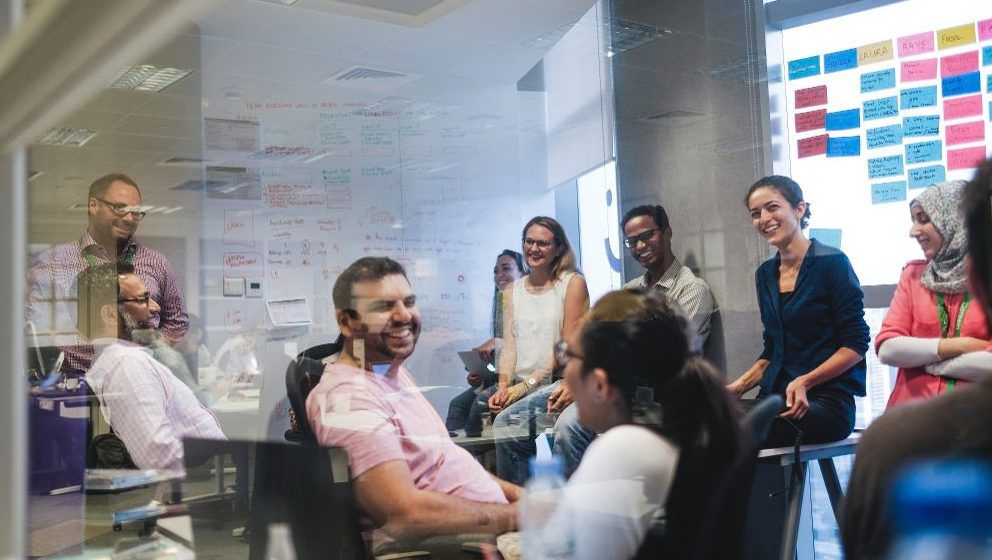 For many Middle Eastern entrepreneurs, the first order of business starts offshore

AMMAN, Jordan— When Uber and its Emirati competitor Careem entered Jordan in 2016, they provided welcome relief from the country’s taxi services, which have a reputation for poor service and dangerous driving. Yet the startups quickly wore on the politically-connected taxi lobby. Within months both services were banned, and police were ordering rides only to detain the drivers, fine them, and impound their cars.

While Careem scrambled to stay afloat, the firm’s major investors reacted to this bump in the road with a collective shrug. That’s because Careem is registered in the British Virgin Islands. “Careem has problems in every jurisdiction,” said Lana Alamat, a lawyer with Wamda Capital, a major Mideast venture fund that invests in the startup. “The holding entity—the legal place you own shares—is insulated from these liabilities.”

Careem is no outlier. As startups make headway across the Middle East, they are increasingly doing business via offshore havens like the British Virgin Islands (BVI), the Cayman Islands, and even the US state of Delaware. This approach is the only way to calm investors who are deeply wary of the region’s sclerotic courts and opaque regulations that are often enforced on the whims of powerful bureaucrats.

“Investors require it,” explained Eman Hylooz, the founder of Abjjad, an Arabic e-book platform that operates through the BVI. “Being more stable…makes the investors relieved.”

The startup scene in the Middle East has earned well-deserved attention in recent years, as a host of accelerators and venture funds pumped out millions in investments and spun off hundreds of new companies. In 2016 alone, Wamda—a major source of data on Mideast entrepreneurship—tallied at least $815 million in new investments across the region.

The Middle East shares the same demographic trends that are catalyzing startups across much of the developing world, explains Christopher Schroeder, a venture capitalist and author of Startup Rising, the Entrepreneurial Revolution Remaking the Middle East. “You have disproportionately young populations with ever-increasing access to technology…and rising consumer classes more interested in transacting digitally.” These startups provide a source of jobs and, for some, a way to diversify oil-dependent economies.

And while other countries have fallen behind in the aftermath of the 2011 Arab revolts, Jordan has harnessed its relative stability to build a startup scene whose vitality pulls a scrappy third behind the glistening tech hubs of Dubai and Abu Dhabi. Yet the country’s regulations have been slow to catch up.

Jordan’s tech entrepreneurs have long struggled with rules that are more fit for brick-and-mortar companies than startups, such as laws that can force small companies to rent zoned office space rather than working out of a basement. But the idea of registering abroad to avoid these regulations caught on after 2009, when the popular Arabic web portal Maktoob sold to Yahoo! for $164 million, freeing up millions in profits that the founders scrambled to reinvest across the region. They quickly found that executing investments locally involved reams of paperwork, and more than a few liabilities.

“We started with the Jordanian legal structure…but we needed speed and scalability,” explained Alamat, who managed these early investments for Fadi Ghandour, a now-famous Maktoob founder and Mideast logistics giant whose early team evolved into Wamda Capital. “There were a couple of red flags that really scared us.”

Ghandour’s team settled on a rule that still applies at Wamda Capital, now a dominant force in Mideast venture capital: they would invest across the region, but only if a company agreed to register outside of it. Today, it is hard to find a successful startup in the Middle East that hasn’t followed suit.

For Alamat, the biggest doubt surrounding the Jordanian legal system involved agreements that dictate when the entrepreneur must issue shares, or when an investor can be compelled to sell them, such as if most other investors agree to sell the company. Anyone is free to sign such agreements; however, the Jordanian government has never fully adjudicated whether it can enforce them, raising the possibility that a profitable exit could be blocked by a single intransigent investor, or that an entrepreneur could simply refuse to issue promised stock. Even today, nobody wants to be the first to try.

Other Middle Eastern countries have their own issues from an investor’s perspective. Lebanon and the United Arab Emirates both forbid issuing multiple types of shares, a common practice in the US that allows founders and investors to consolidate their control over a company, often at the expense of employees, who may be issued stock that lacks voting power.

Investors are also nervous about how hard it can be to close a company. Jordan has no specialized bankruptcy law, meaning that loan defaults are a winding and litigious process. Last year, the World Bank estimated that a Jordanian lender whose client went into default would recover46% less of their loan’s value than an equivalent lender in a member of the Organization for Economic Cooperation and Development, a developed-countries group. The difference was largely eaten up by fees and levies.

“With bankruptcy… I’ve heard some horror stories,” said Walid Faza, a partner at Wamda Capital. He explained that in the UAE, individuals can be held liable if their companies go bankrupt, and are often held in the country until the cases are settled. “That just doesn’t happen in other jurisdictions.”

While a variety of developed countries offer reliable courts and business-friendly regulation, Delaware stands out for an unusually easy business-registration process, and the BVI for it’s 0% tax rate. In spite of its reputation as a money laundering destination, the BVI actually requires more exhaustive transparency procedures—known as “know-your-client” rules—than Delaware. Nonetheless, many entrepreneurs that would be drawn by Delaware’s simple registration opt for the BVI instead out of a deep-seated phobia of the United States’ complex tax system.

Some countries in the Middle East are launching initiatives aimed at pulling companies back home, yet not all go as planned. Jordan recently took aim at the tax-free BVI, introducing a 0% tax rate for some online-only companies that are registered in Jordan. That keeps companies around, but not forever. “Now [startups] do like, three days of paperwork to qualify” for the Jordanian tax break in their early stages before moving abroad later anyway, explained Rana Atwan, a lawyer who often works with Oasis500, Jordan’s largest startup incubator.

Lebanon also took a stab at keeping entrepreneurs local when its central bank announced $400 million in funding for Lebanese-registered entrepreneurs in 2013. But that “complicated investing in Lebanon by tenfold,” sighed Alamat. “Valuations have become stupid high, because now there is easy money,” she explained, pointing out that higher valuations mean investors get less company for their money. “We have basically pulled out of Lebanon.”

While these initiatives often share the pretense of encouraging entrepreneurship, they also have something else in common: they offer startups fixed rewards for enduring the system, rather than reforming the system itself. In an effort at the latter, Jordan has been working to reform its bankruptcy system since 2015, yet the effort has bred few results.

But for those who are making their way in the startup economy, the opportunities are too great to let rules get in the way. “Legal problems only matter because there is a dollar value assigned to them,” explains Alamat. “The first thing a startup thinks is not, ‘Oh, I’m going to set up a company in Egypt to work in Egypt. It’s, ‘How can I get to work’?”

For many Middle Eastern entrepreneurs, the first order of business starts offshore