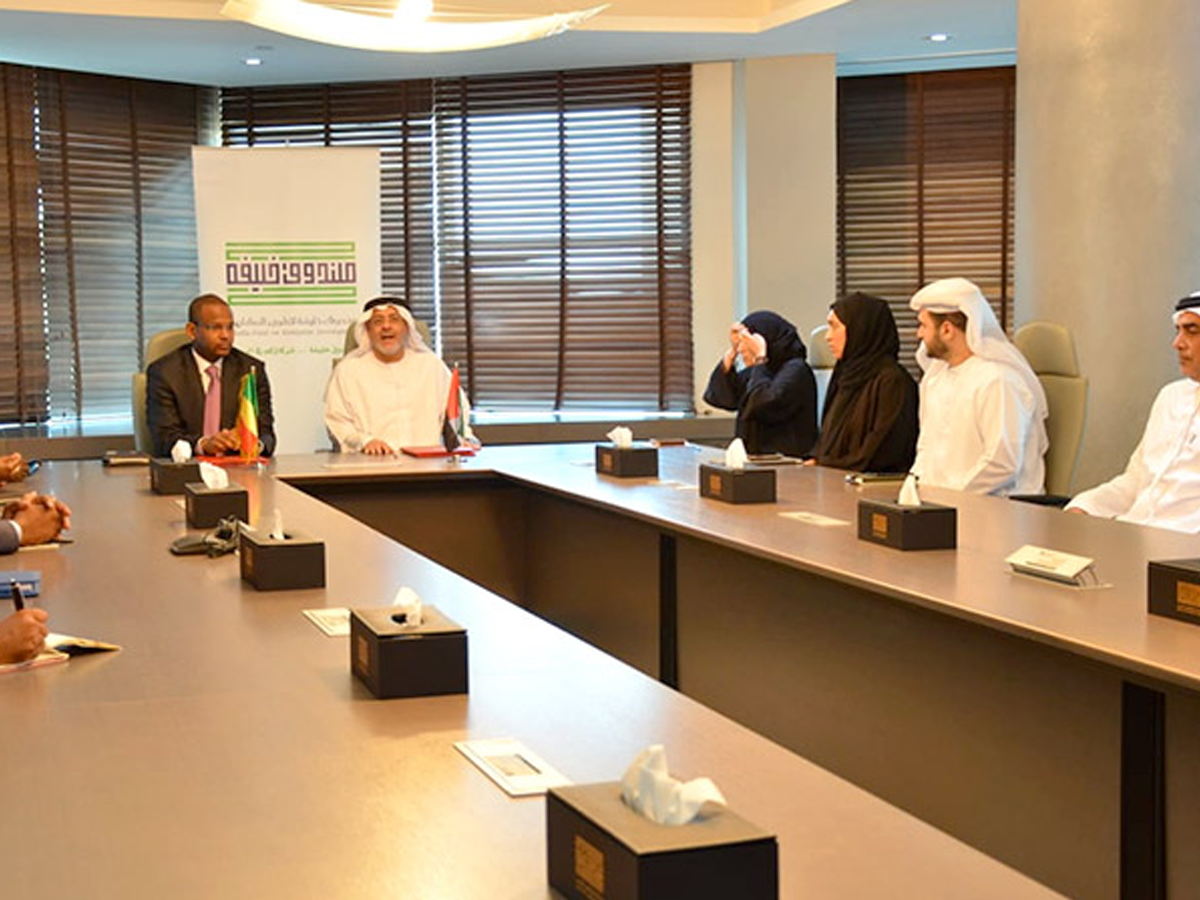 H.E Dr. Boubou Cisse, the prime minister of the Republic of Mali, visited UAE last week. On his visit, he expressed his admiration for Khalifa Fund and their model to support entrepreneurs and SMEs.

The Mali PM was shown around the Khalifa Fund headquarters in Abu Dhabi by H.E. Hussain Jasim Al Nowais, the Chairman of Khalifa Fund Enterprise Development (KFED). They discussed on how a similar model can be replicated in Mali’s economy. According to Zaywa, KFED has finalized an agreement with the Mali government for an operational framework of the already signed USD 25 million financing agreement between the Mali government and the Fund. The operational framework of the agreement was signed in May 20th. Abu Dhabi’s Crown Prince His Highness Sheikh Mohamed bin Zayed Al Nahyan was present.

The agreement would provide technical framework and financing for the Mali government’s attempt to boost a start-up culture and micro enterprises and SMEs, for bringing positive changes in Mali’s economy. According to H.E. Al Nowais, this will also enhance awareness about entrepreneurship and innovation, improve the role of women in the country’s economy, provide the youth with training and create more jobs.

“The operational framework of the agreement states that the loan will be provided to aid in the development of remote and poverty-stricken areas across various cities in Mali, which is expected to contribute in the creation of more than 4,300 projects over the next four years and opening around 10,000 job opportunities for young people,” H.E. Al Nowais said.

He also said that the loan is going to channel funding to women. Guidelines and standards will be maintained in agreement observance and it will leave positive impact in achieving the goals of the project, which is to reach out to the neediest groups and develop their condition.

He stated: “Khalifa Fund is ready to work closely with relevant authorities in Mali to help develop the latter’s SME sector.  We have a successful and rich experience in this field, and we are prepared to give our full support to the country.”

Mouza Al Nasri, the CEO of Khalifa Fund was also present in the meeting. He explained the Fund’s objectives, goals and programs to meet the needs of the entrepreneurs and disenfranchised parties.

The Mali PM expressed that he is delighted to form strong ties between his country and UAE and hoped that the partnership will reach new heights in the upcoming years. He addressed the new agreement as a very important step towards further cooperation with the UAE through KFED.