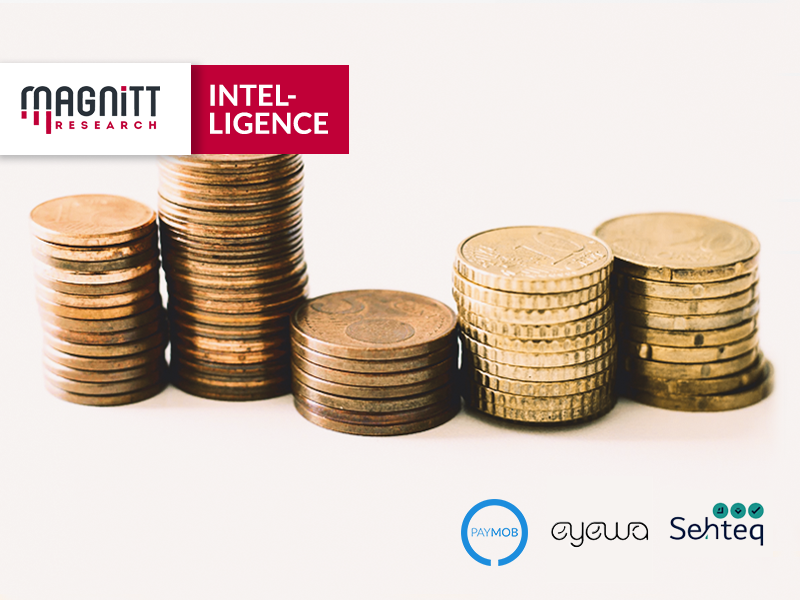 MAGNiTT Intelligence: Meet the 3 startups that made August a record high for total funding!

According to MAGNiTT’s August 2020 Dashboard, the Middle East and North Africa (MENA) startup ecosystem witnessed a 93% increase in total funding and a 48% drop in the number of deals when compared to the same month last year. Although August marked a record high by total funding for 2020 YTD, the region witnessed drops in both deal and funding activity when compared to the previous month July, 27% and 24%, respectively.

As is the norm in the MENA region, the United Arab Emirates accounted for the lion's share of 83% of total funding in August 2020, followed by Egypt and Jordan in second and third places, respectively. Due to the UAE-based Healthcare startup Sehteq's $20M Series A fundraise led by 971 Capital, the Healthcare industry ranked 1st by total funding raised last month. On the other hand, the Fintech sector saw the highest number of deals, accounting for 25% of investments in August.

The startup saw the highest funding raised in August 2020, witnessing a $20M Series A fund-raise led by 971 Capital, a UAE-based venture capital firm with a focus on healthcare and insurance.

PayMob is a Payment Service Provider (PSP), offering a suite of financial technology infrastructure to serve end-consumers and merchants and increase financial inclusion, with the aim of converting cash into electronic money through value-added integrated payment solutions leveraging all existing payment channels.

Eyewa is a tech-enabled E-Commerce platform based in the United Arab Emirates with the sole focus on eyewear.

Eyewa has raised a total of $11.1M over 4 funding rounds, the latest of which was a bridge round of $2.5M raised last month, invested by Nuwa Capital, EQ2 Ventures, and Wamda Capital.

For a more comprehensive overview of venture investment activity, 2020 YTD investor and country rankings, and all the funding rounds that took place in the MENA region last month, check out MAGNiTT's August 2020 Dashboard.

MAGNiTT Intelligence: Meet the 3 startups that made August a record high for total funding!