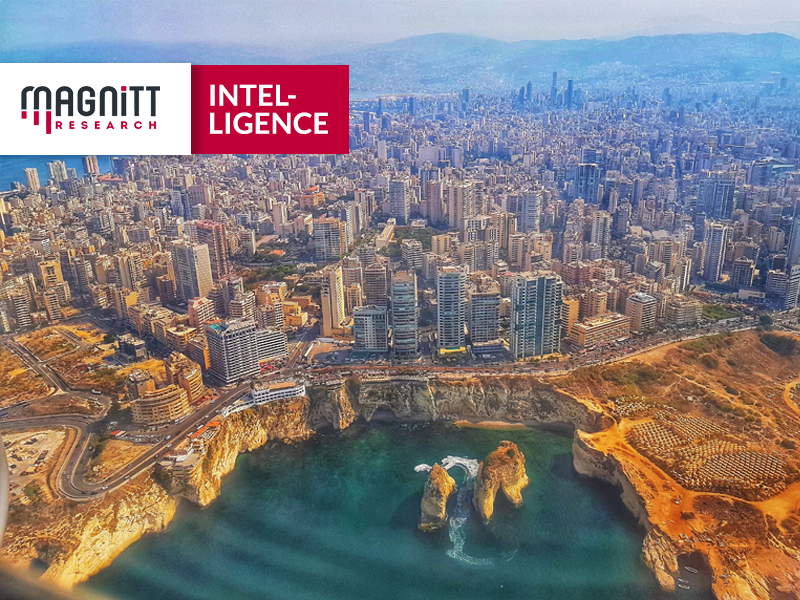 MAGNiTT Intelligence: Lebanon sees a jump in investment deals, but a drop in funding in 2019

With 45 investment deals taking place in Lebanon in 2019, an 18% increase from 2018, the country ranked fourth by number of deals in the Middle East and North Africa (MENA) startup ecosystem. As is shown in MAGNiTT 2019 Lebanon Venture Investment Report, the country took the fifth spot by total funding ($31M), after Jordan, accounting for approximately 6% of total MENA funding raised.

Lebanon, one of the first in the MENA region to focus on its venture capital and startup ecosystem, and home to high profile startups such as Anghami, has faced multiple predicaments in the recent years. Even so, the startup ecosystem has managed to pull through, witnessing increased international, regional, and local interest in its tech startups.

Among these startups is Proximie, a software solution which expands surgical collaboration between surgeons, that raised a $7.3M funding round led by Cedar Mundi Ventures, BECO Capital, and Endeavor Catalyst. Moreover, Ecomz, an E-Commerce platform that allows merchants to create personalized stores, received $4M in funding from 3 investors including the governmental fund iSME, a $30M initiative funded by the Lebanese government through a loan from the World Bank.

Due to these sizeable funding rounds and others, the Healthcare and E-Commerce sectors saw the highest investment activity in the Lebanese startup ecosystem in 2019, each witnessing 5 deals. Our understanding of shopping shifts from cumbersome to convenient, as online platforms facilitate the provision and delivery of products at the click of a button. Not only that, you can do it from your own home.

Such industries have been gaining increased popularity over the years due to the increase in online presence of Middle Eastern consumers. Whether it is an online purchase, or a telehealth solution as discussed in MAGNiTT's Healthcare report, more and more consumers are turning to online solutions – nowadays, given the current circumstances it is almost a necessity unfortunately. As a result, however, FinTech services and online transactions are seeing an increase in traction as well.

Investors have taken notice of this trend, too, with many investing in healthcare, e-commerce, and Fintech startups. Although the number of investors in Lebanon-based startups has remained stagnant since 2015, witnessing a slight drop from 2018 to 2019, the number of Lebanon-based investors has increased since 2015, making up more than half of the active investors in 2019. Regional investors, on the other hand, account for roughly, followed by international investors at 11%.

Not surprisingly, due to the prevalence of accelerator programs, 79% of all investments in 2019 were of Early Stage, increasing by 18% from 2018. Series A deals dropped 20% from 2018, while Series B deals witnessed an increase to 2% in 2019. All of that – and more – is covered in MAGNiTT's 2019 Lebanon Venture Investment Report.

MAGNiTT Intelligence: Lebanon sees a jump in investment deals, but a drop in funding in 2019