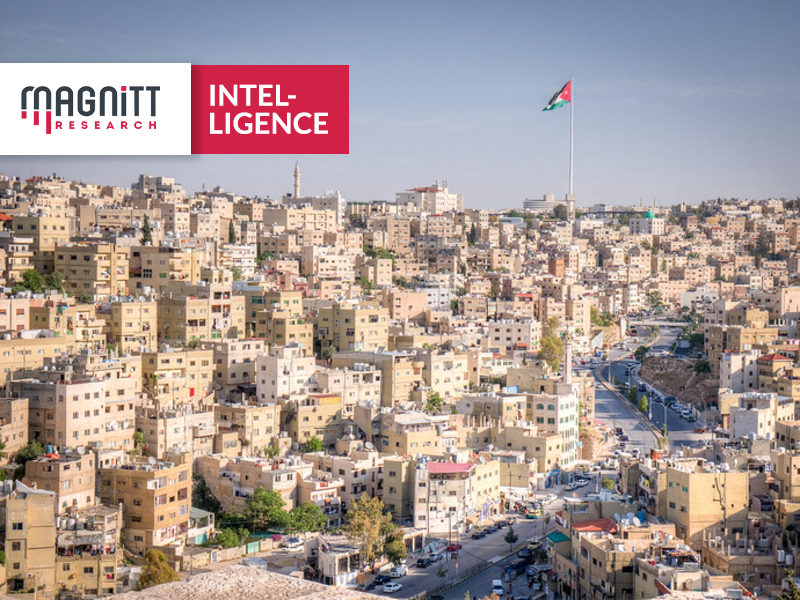 According to MAGNiTT's newly released 2019 Jordan Venture Investment Report, the Kingdom took the 5th spot by number of investment deals in 2019 (35), accounting for 6% of total deals in the MENA region. The country's capital, Amman, accounted for the vast majority of those deals. Moreover, the country took the 4th spot, after Saudi Arabia, by total funding ($41M), accounting for 6% of total funding raised in MENA.

Although the Jordanian startup ecosystem is still considered nascent in comparison to its neighbours in the Gulf, the Kingdom’s startup scene has witnessed significant growth in investment activity, as funding has more than doubled over the last 5 years, from $19M in 2015 to $41M in 2019. This jump is mainly attributable to sizable fund raises by startups such as E-Commerce “Publish-On-Demand” platform Jamalon, along with the Arabic Digital Platform Mawdoo3, each raising $10M Series B funding rounds in 2019.

Nonetheless, 88% of all investments in 2019 were at the Early stage, increasing by 5% from 2018. The main factor that plays a role in Early stage deals is increased accelerator activity, where mentorship, market access, guidance, and a first ticket are provided for startups to develop. Series A deals, on the other hand, dropped 11% as a share of deals from 2018 to 2019, while Series B's share witnessed a 6% increase.

Not surprisingly, Oasis500, a Jordanian startup accelerator, was the most active investor in the Kingdom in 2019, with a total of 10 deals – 9 of which were at the Early Stage. The entity has constantly supported the Kingdom’s startup ecosystem as a mentorship and financial banking hub for emerging businesses, as it was founded back in 2010 under direction of His Majesty King Abdullah II. Since its inception, the accelerator and fund have invested in over 150 startups.

However, like many countries in the Middle East and North Africa, there have been public initiatives as well. A prominent example is the Innovative Startups and SMEs Fund (ISSF), a private sector managed fund that invests in innovative startups and Early Stage SMEs. The ISSF was introduced in 2018, with a total working capital of $98M and a goal to boost the Jordanian startup ecosystem. The fund was an initiative by the Central Bank of Jordan, which contributed $48M, and the World Bank, which put in $50M.

Through these initiatives, and with more startups being active in the country than ever before, we also see an increase in the number of investors that made investments in Jordan-based startups. The number increased by triple digits, 117%, from just 18 in 2015 to 39 in 2019. Compared to some of its neighbouring countries, however, the majority were not local investors, but rather from other countries in the MENA region, which accounted for 62% of total investors in Jordan-based startups in 2019. This, and more, is covered in the full 2019 Jordan Venture Investment Report.

With Mawdoo3 and Jamalon raising a combined $20M worth of total funding in 2019, it was a record year by funding for the Jordanian startup ecosystem. Learn more about one of MENA’s oldest ecosystems in our 2019 Jordan Venture Investment Report