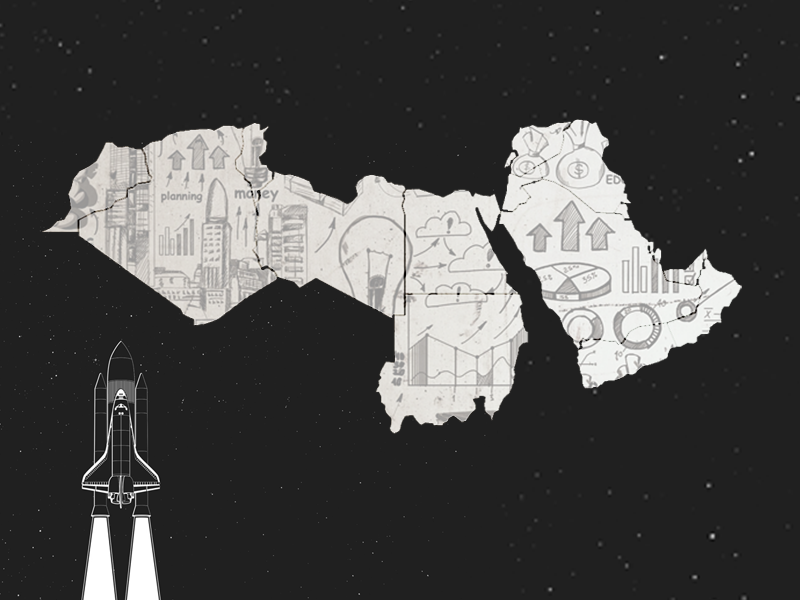 As highlighted by MAGNiTT’s 2019 MENA Venture Investment Report, there were many geographical shifts in the Middle East and North Africa (MENA) region. Compared to 2018, the number of deals increased by 31%, while total funding increased by 12% when excluding previous investments in Careem and Souq.

However, where this growth in deals took place differs greatly from one country to another. As highlighted in the report, the United Arab Emirates (UAE) still accounted for the lion’s share of total funding – 60% in 2019. Egypt, on the other hand, became the top ranked country by number of deals for the first time, accounting for 25% of all MENA-based deals in 2019. The country has seen increased private and government effort to boost the entrepreneurship sector, often in collaboration with each other, such as Egypt Ventures and the Falak Startups accelerator, among others.

Especially accelerators, which account for 64% of all deals in Egypt in 2019, provide early-stage support to the country’s startups. This, combined with the country’s large population and infrastructure inefficiencies that can be addressed through technology, provide a great testing and growing ground for domestic and regional startups.

Egypt, however, is not the only country that saw a significant increase in the number of deals. Other countries have seen a rise in their deals as well as the regional ecosystems continue to develop.

The first country that has seen such a rise is Saudi Arabia, which increased by 4% as a percentage of total deals from 2018 to 2019. This increase is on the back of several high-profile government initiatives, including the launch of Funds of Funds such as the $750M Saudi Venture Capital Company (SVC), with the newly launched PIF’s $1.07B Jada fund undoubtedly aiding the development of the country in the future.

Secondly, Tunisia saw a 106% increase in its number of deals from 2018 to 2019 as well. Similar to Egypt, a large proportion of those deals – 97% – can be attributed to accelerator programs, such as Flat6Labs Tunis.

The increase comes after the enactment of the Tunisian Startup Act on April 2nd, 2018, which is part of the government’s broader “Digital Tunisia 2020” strategy to boost socioeconomic development and expand technological infrastructure. The law supports startups with funding, grants them exemptions from corporate taxes, allows employees up to a year off from their current jobs to run their startup, provides a government-sanctioned salary to founders, and helps firms file for international patents. Not every company can participate, however, as a “startup” is clearly defined by 5 criteria, which companies have to meet in order to get the startup label.

Such a distinction, with clearly defined startup criteria, will provide much benefit to government legislation, as this clearly distinguishes high-tech startup from other SMEs, which might not necessarily see the exponential growth that some startups experience. While SMEs are the backbone of any economy, the fastest growing companies are almost always startups. Take Careem in MENA and Facebook in the USA, for example.

Other countries, such as Bahrain and Oman, have seen an increase in the number of deals in recent years as well, for much the same reasons as laid out above, among other initiatives.

Looking at the geographical developments in the MENA startup ecosystem, three points stand out:

1. Shifts in country rankings have started, but mainly when looking at deals. Certain countries, such as Egypt, Saudi Arabia, Oman and Bahrain, have moved up in the ranking by number of deals in MENA. While countries such as the UAE and Lebanon have historically seen a large share of deals, and still do, there are other countries that have doubled down on their startup efforts.

2. Many countries’ startup ecosystems are in the early stage. Compared to the UAE, which accounted for 60% of total funding in 2019, other ecosystems are still in the early stages. The increase in deals, while certainly promising, is mainly at the early stages such as pre-seed, seed, and pre-Series A. With the right environment and support, however, it is simply a matter of time before these startups graduate to later stages, in which they are able to raise mega rounds. Read our article on Mega Rounds, and their impact on the MENA ecosystem, here.

3. Government support plays a key role in facilitating startup growth. As we have seen, many countries have put entrepreneurship at the top of their agenda, including updated legislation and other initiatives aimed at supporting the country’s startup sector. These initiatives play a key role, as they improve the ease with which startups can do business, as well as improve capital and talent availability for startups. Ultimately, this will aid the local startup ecosystem, but it has yet to be seen which country becomes the main hub in the region.

Want more in-depth insights from our latest 100+ page report? Click the button below!