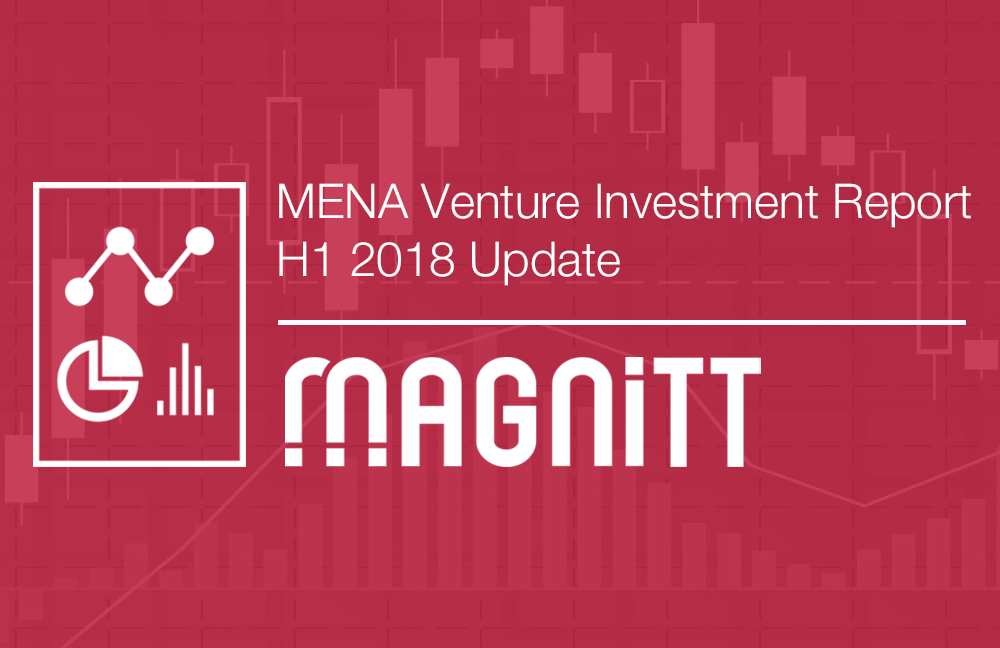 
(Dubai, United Arab Emirates) August 1st, 2018 – MAGNiTT, MENA’s largest data provider for startup information, today releases its H1 2018 Venture Investment report with key findings on the state of the region’s emerging ecosystem. The key takeaway from the report highlights continued growth in the MENA startup ecosystem with a record number of transactions in the first 6 months of the year, despite a drop in disclosed startup funding.


A few high-level takeaways from their 80-page Venture Report include:

For the first time, MAGNiTT, in their H1 Report also included calculations to estimate the funding amounts of undisclosed deals. MAGNiTT used four years of historical data as a basis for these  calculations, which highlighted:

MAGNiTT’s founder, Philip Bahoshy, commented, “We are pleased to launch the H1 Venture Funding report in which we have used new analysis to capture undisclosed funding across the region. This allows for more accurate estimates on the venture funding space as it continues to show signs of development and growth.”

Bahoshy points to “Governments across the region continue to focus on startup innovation. We have seen regional initiatives like visa regulation changes in the UAE, launch of the new Fund of Funds in Bahrain and changes to foreign ownership structures in KSA as examples to further support Entrepreneurs in the region. While challenges exist, similar to all emerging ecosystems, the public and private sector are working closely together to help solve for many founders pain points.”


3. VC activity and Exits: 2017 saw the emergence of many new Investment Institutions in the MENA region. H1 2018 has continued to see new market entrants as well as deployment from many of the same protagonists:

Bahoshy commented, “In a record start of the year in terms of transactions, much of this investment had been focused at the Early Stage. Multiple governments have made announcements on the creation of Fund of Funds to help fuel investments across all stages of Startup growth. We are also seeing Corporates play an active role in Corporate Venture Capital activity and much of the MENA regulation is focused on supporting startups and investors connect. All these factors will help the acceleration of the MENA startup ecosystem.”

MAGNiTT provides an in-depth review, including a full list of all investments and investors, as well as analytics on the investment landscape split by geography, industry and stage, in their online subscription, with which you can access all reports related to the MENA startup ecosystem. The team also recently launched a unique service for startups to apply to MENA’s leading Funding Institutions and Accelerators using their MAGNiTT profile.