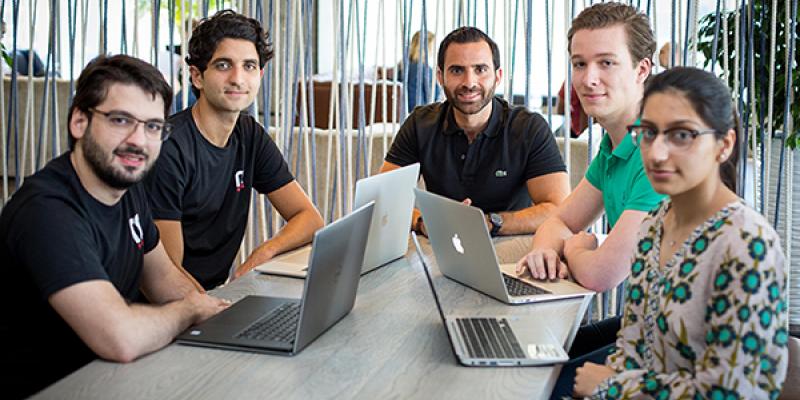 UNLOCK met with the British-Iraqi entrepreneur, founder and CEO of MAGNITT Mr. Philip Bahoshy, to talk about his project and how Blockchain is influencing his future business model and the startup community in the MENA region.

MAGNITT was created after Bahoshy earned his BS in Economics from London School of Economics and an MBA from INSEAD. He tells UNLOCK, “I was facing what all startups face struggling with getting concept validation guidance and support a well as funding. So in 2015, I decided to create a community to bring startups, VCs, entrepreneurs, talented individuals, corporations, government entities interested in innovation, together in one place.”

According to Bahoshy, “I developed MAGNITT to help aggregate data and create better transparency when it comes to startup and investor ecosystem in the MENA region. Given the data we aggregate we offer data analytics on top of it in the form of research and reports.”

Just three years later, in March of 2018, MAGNITT.com raised close to $1 million in funding from both international and Gulf-based investors. As Bahoshy states, “The funds raised will be used to grow the company regionally, as well as expand to other emerging markets.”

MAGNITT.com on its website boasts today of more than 6,037 startups in its community and over 300 investors. According to Bahoshy, “We have today over 60 startups in our database that are in the Blockchain scene and 98% of those are from the MENA region. We are currently tracking as well all ICOS coming out of the region but they remain a handful. I believe this goes back to the lack of regulations and awareness.”

MAGNITT hopes to make use of the funds raised, and technologies such as Blockchain, AI and others to build the capacities of the online community and expand it from Dubai to neighboring countries in the MENA region. As Bahoshy explains,” We want to scale into neighboring countries to build our ecosystem and offer more services. We are ready to work with event organizers, and marketing companies to reach the startup and investor ecosystem in the region so we welcome all to partner and work with us.”