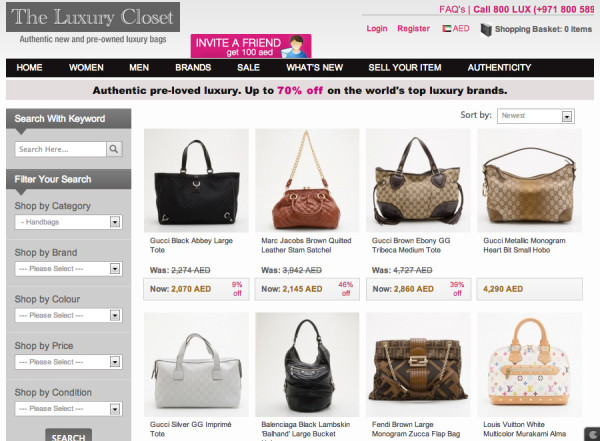 Abu Dhabi: The Luxury Closet, an online marketplace that buys and sells personal luxury goods, announced on Wednesday that it has secured $2.2 million in its Series A financing round that will help the company grow in the luxury e-commerce sector.

The business will use the financing to accelerate product development, expand its global reach, and invest in sales and marketing resources — all of which are part of plans to become the region’s premier online market place for pre-owned luxury by the end of the decade.

The latest round of funding, which represents a significant deal made entirely via regional venture capital funding, is a co-investment led by various Venture Capital firms including Middle East Partners, Dubai Silicon Oasis Authority, and twofour54, among others.

“There’s a huge appetite for luxury in the Middle East. We found a gap in the market for a large-scale online luxury offering, centred on the most coveted, authentic, pre-owned personal luxury products,” said Kunal Kapoor, founder of The Luxury Closet.

The Middle East is one of the leading markets for the luxury industry, with the highest per capita spending on luxury goods estimated at approximately $1,900 per year, and a total value of $7.7 billion, according to a Bain & Co report.

E-commerce sales in the region have increased dramatically in the last three years and are projected to reach $15 billion by the end of 2015.

The Luxury Closet has over half a million visitors per month from around 50 countries, and a 3-digit growth in revenue year over year since its launch.