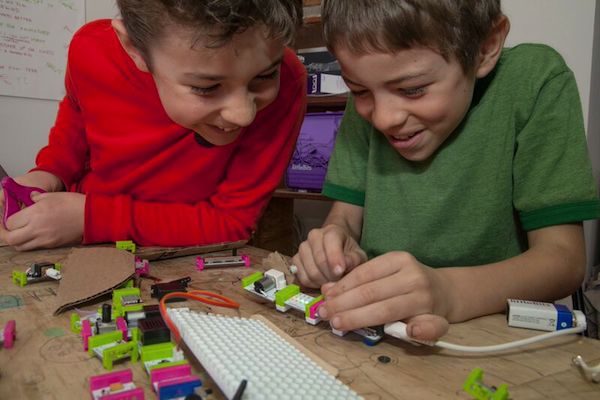 littleBits, the open source hardware startup from Lebanese founder Ayah Bdeir, has raised over $44 million in what they say is one of the biggest Series B funding rounds of the maker movement.

Launched at the World Maker Faire New York 2011 the New York-based startup has produced over nine kits and nearly 70 interoperable modules in their efforts to empower everyone, particularly children, to become inventors with a platform of easy-to-use electronic building blocks.

“Our goal is to have littleBits in every home, every school, every creative space,” founder and CEO Ayah Bdeir said in a statement. “And unleash the creativity inspired by understanding electronics so that everyone can become an inventor.”

With a reach that spans schools and universities around the world, littleBits is also a go-to method of maker education for industry - GE uses littleBits kits in its GE Garages initiative, where they work with the concepts of 3D printing, programming, and local prototyping in markets across the region.

According to the startup the goal for the latest round of funding is to invest further in their STEM/STEAM education  (science, technology, engineering, art, and math) distribution, and increase their global footprint. At the moment this includes more than 100 countries and over 2,000 schools and universities using the hardware kits.