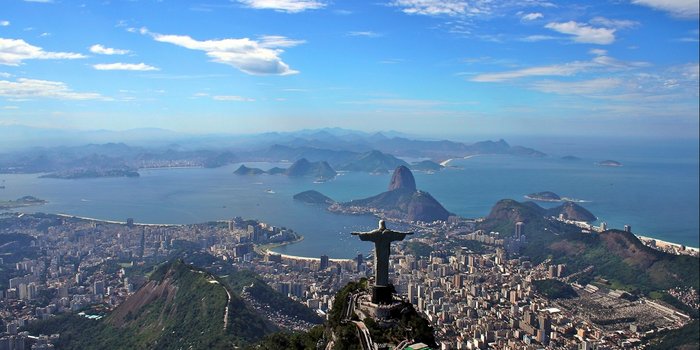 Vox Capital, the first impact investing firm in Brazil, had 26% IRR (internal rate of return) on a healthcare startup’s exit a couple of days back. The VC firm had invested roughly US$800,000 in a span of less than four years, and it now had secured 26% their investment, thanks to its spurring of the affordable healthcare network startup, TEM.

The exit on TEM's acquisition is the first social investment exit in the country. TEM provides an alternative solution to the public health system for low-income Brazilians. Moreover, 75% of Brazil’s population relies on public healthcare- the system works well (somehow) for some procedures, but it does suffer from a lot of bottlenecks. TEM provides prepaid cards that englobes quality services and drugs at discounted rates, covering the gap between some poor public healthcare services and highly expensive private health insurance.

When I see the track record in the ecosystem that Brazil is currently having, I am certain that my efforts at Rule Number One are in the right direction. I like to bring to attention the constant opportunities that Brazil has to offer- the Middle East knows of Brazil as a great 'commodities' country, but my role is to make people aware of how strong our technological arm is.

With TEM’s exit, here are my three key takeaways from this notable moment in Brazil’s entrepreneurial ecosystem:

1. Profits and social impact do work side-by-side Investing in innovative tech companies with a social impact angle, such as healthcare, education and financial services, can create positive social change, as well as returns. Despite our political instability, social or impact investing has finally proved what it can do, and how it holds all stakeholders accountable.

2. Corporates can enable change One of the key things that led to TEM’s eventual success was definitely the access to capital that Vox Capital provided at a time when the startup was simply managing only prepaid cards. Over time, the company tailored its uniqueness and proposition in the market. Further to that, TEM secured a major agreement with Natura, a cosmetic giant in Brazil, that offered the service to over one million consultants in its network. Having the deal with such a large corporation also enabled the company to pursue higher impact. While corporations and investors are scouting potential acquisitions, the market can benefit a lot more if the right support is given (commercial agreements, capital, partnerships) for the startup to grow and have an impact.

3. Patience for transformation In order to sign up a new large agreement with Natura, the corporation had to welcome TEM’s team to run several tests and surveys in order to prove that what the enterprise was offering to their consultants was not enough, and they could add value from a different angle: healthcare. Natura had to allocate time, embrace TEM’s team, and give them a chance to run the show for its own consultants’ benefits. Likewise, investors that believed in them understood the potential change it could have, and the transformation in the business model that became more data-driven and fintech-focused.

All of this is to say that how we conduct business in the Middle East can interfere in the success or failure rate of the region’s entrepreneurial ecosystem. It is more than having just the infrastructure- it is a matter of working on mindsets and behaviors to embrace startups in their early days. By not rushing for an acquisition, startups have space to prove themselves. By not only focusing on the 10% of startups that survive the valley of death (we need to push our efforts to secure a lower failure rate), we can build an ecosystem that offers more support and openness to collaborate with startups.