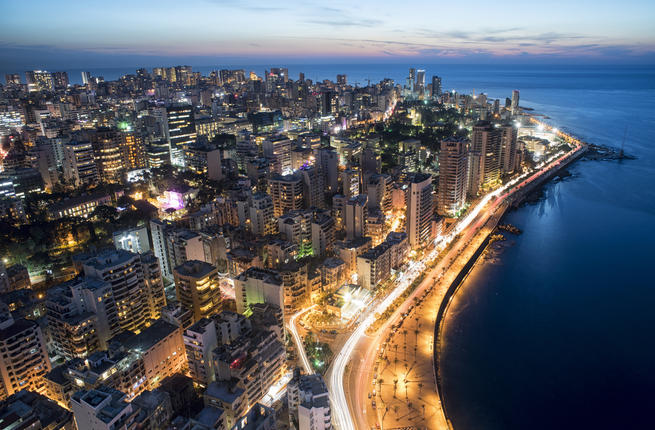 Mayors, politicians and entrepreneurs from across the country are working in coordination with the Arab Forum for Smart Cities to digitally and electronically transform Lebanon with a view to creating smart, or “e-,” cities.

Though the term “e-cities” may conjure up futuristic images of self-driving cars and digitized traffic signals, the forum’s aspirations are much more modest. Smart cities simply use information and communication technologies (ICT) to enhance services such as energy, transportation and utilities.

According to the forum’s website, a city becomes “smart” when it relies on sustainable economic growth and manages its natural resources effectively. ICT is used in smart cities to improve quality of life, limit consumption and reduce costs to the local municipalities.

Caretaker Minister of State for Administrative Development Inaya Ezzeddine is one of the main advocates for the creation of smart cities in Lebanon, and her office has proposed a strategy for the digital transformation of both urban and rural areas.

She said that the strategy is essential to “delivering good services to the citizens and finding solutions for the country’s traffic, environmental and social crises. More importantly, we can create the possibility of using data in a smart manner and analyzing them to create policy based on evidence, not just assumptions.”

In the wake of recent data breaches at technology giants Facebook and Google, cybersecurity is also at issue. Jomana Atiyat, the director-general of the Arab Forum for Smart Cities, has identified a lack of clear cybersecurity laws in the Middle East as a key challenge for the forum’s digital transformation project.

When asked what measures had been put in place to protect the privacy of Lebanese citizens, Ezzeddine, also an Amal Movement MP for Tyre, responded, “we were discussing data protection laws [Monday] in Parliament.”

“Cybersecurity and privacy are two major elements of any journey toward smart cities and they must be built according to best practices and international standards,” she added.

Dima Jamali, a Future Movement MP for Tripoli, expressed her belief in Ezzeddine’s national strategy for digital transformation, and said that it was “a key element of reform to help combat corruption and increase transparency.”

When asked about the time frame for the implementation of the strategy, neither Ezzedine nor Jamali could provide a date for the project’s completion. Ezzedine said it “all depends on political will and the formation of the new government.”

Lebanese startups, many of which displayed their talents at last week’s TechCrunch MENA startup competition, are hoping for government investment into the infrastructure required for e-cities. They believe it will help boost their consumer base and provide a platform for further digital entrepreneurship in Lebanon.

BuildInk SAL, the winner of the startup competition, offers cost-effective solutions to construction firms by creating materials with 3D printers. Using this technology, they are able to construct a single-story building in just one week. The co-founders told The Daily Star that they believe their product fits “perfectly into the concept of smart cities because they are able to build environmentally friendly housing.”

Towbe, a startup founded in February, is a road assistance mobile application that promises its users breakdown recovery or pickup within 20 minutes anywhere in Lebanon. Its founder Naim Nassereldine said, “The new ecosystem of entrepreneurs and technologies in Lebanon gives me hope that progress will happen quickly.”

Despite the apparent determination of tech startups to forge a digitized Lebanon and public rhetoric on the importance of smart cities, many remain skeptical about the government’s will to implement the national strategy.

Charbel Ghosn, mayor of the Kesrouan village of Dlebta, told The Daily Star that “the government is interested in the creation of e-cities, they make a lot of public statements saying so. However there are no tangible results on the ground. The government itself must be reformed to create an ‘e-government.’”

He deduced that “most of the investment in new technologies will have to come from individual benefactors and private companies.”

A representative of business technology advisory BMB also expressed concerns. “The government is only interested in the Beirut area, meaning the rural areas will be left behind.”