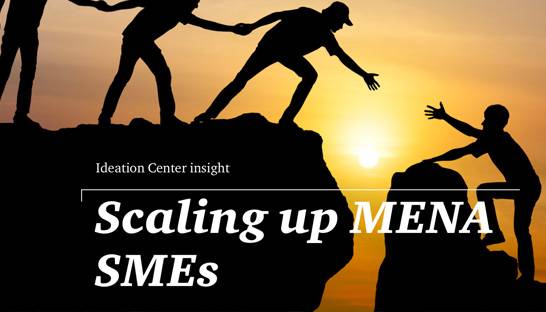 Lebanon ranked ahead of Saudi Arabia on scale-up readiness index

SOURCE: Consultancy ME - Lebanon ranked ahead of Saudi Arabia on scale-up readiness index

Lebanon and Jordan have outscored the Kingdom of Saudi Arabia on Strategy&’s scale-up readiness index – with significant economic rewards proposed for countries that can foster a high-impact entrepreneurial ecosystem.

A new study from Strategy& Middle East think-tank the Ideation Centre, undertaken together with the non-profit high-impact entrepreneurial support organisation Endeavour, has concluded that successful ‘scale-ups’ in the Middle East generate more than triple the revenue and eight times more jobs on average than ordinary small and medium enterprises (SMEs). In brief, scale-ups are given as SME’s geared for exponential growth.

It thus makes sense for a government to support such entrepreneurialism, with the promise of higher tax revenues, and, importantly for the Middle East, where many states are faced with youth unemployment rates hovering around 30 percent, job creation. By way of example, the study cites Endeavour tech-sector entrepreneurs in Jordan – where nine companies are said to have given rise to more than 100 between 1990 and 2012.

Scale-ups, says the report, represent only a fraction of the SMEs in any given country at any given time – estimated at present to be around 5.4 percent globally. Yet, successful scale-ups can have a huge impact on employment, specifically in job creation and commonly as to high quality jobs. Turning again to Jordan, scale-ups represented 9 percent of all SMEs between 2010 and 2013, yet contributed 53 percent of the country’s total job creation.

Beyond boosting employment, which of course feeds the economy itself, successful scale-ups according to the report can significantly contribute to GDP. Here, the study determines that scale-ups in the UK in 2017 generated revenues six times greater than regular SMEs. For the Middle East, the average is calculated at 3.4 times greater, with Saudi Arabian scale-ups boasting eight times the revenue and 20 times the average number of employees.

Yet, despite the evident economic benefits, most apparent in Saudi Arabia, the Kingdom lags its neighbours in scale-up ecosystem maturity. As part of the study, Strategy& analysed the scale-up landscape in four Middle East nations – the UAE, Jordan, Lebanon, and Saudi Arabia – to determine the current state of development based on four key pillars of growth: business fundamentals, business propellers, demand creators, and country readiness.

The MENA Scale-up Maturity Index shows the UAE above the global average, while remainder trail behind. On a scale of 0 to 3, the UAE’s overall total readiness score was assessed as a 1.6, while Lebanon and Jordan were given a 1.2 and 1.1 (with high ‘business fundamentals’), and Saudi Arabia earned just a 1.0. Of especial concern for Saud Arabia was the noticeably low score in ‘business propellers’ – undermined by low levels of financing and talent.

According to the authors, scale-ups in Saudi Arabia face two significant challenges: difficulty in attracting the right talent – “Saudi nationals still prefer the security and salaries of the public sector, which forces many scale-ups to hire expensive expatriates” – and the struggle to access financing due to a locally underdeveloped private equity and venture capital realm, with entrepreneurs forced to rely on family and friends for funding.

Here, the report encourages all MENA countries to focus on seven key areas to better support scale-up enterprise, including access to financing and talent. Other specific areas include helping with access to large customers and foreign markets, including subsidies and/or tax exemptions for companies to set up international branches, and access to better facilities and infrastructure, networking and coaching opportunities, and clear and transparent regulations.

“MENA countries need to encourage growth and enterprise, and providing scale-ups with appropriate support is a promising route to those goals,” the report concludes. “Focusing on these relatively few companies would require only modest additional cost and effort; yet scale-ups will have an outsized impact on jobs and GDP, easing the pressing economic issues that MENA countries are confronting today.”

Lebanon ranked ahead of Saudi Arabia on scale-up readiness index