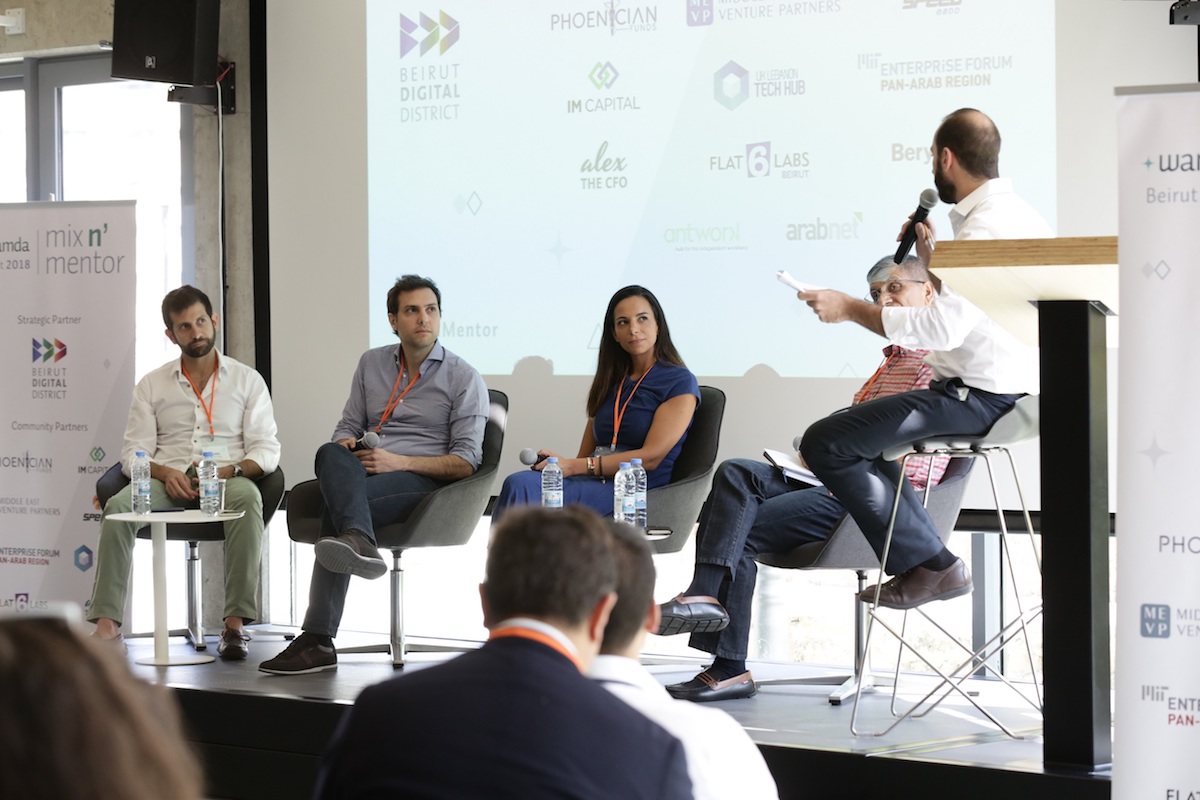 Lebanon Has Potential To Be A Bustling Startup Ecosystem, But Progress Stunted By Lack Of Support

SOURCE: Forbes Middle East - Lebanon Has Potential To Be A Bustling Startup Ecosystem, But Progress Stunted By Lack Of Support

Lebanon’s startup scene is on the right path, but despite having seen significant improvements in recent years, entrepreneurs at Mix N’ Mentor voiced a need for more supporting infrastructure such as incubators, research & development (R&D) centres, accelerators and corporate venture capital in order to foster real innovation. A large talent gap, caused by the country’s brain drain problem, is also a main obstacle hindering the growth of the ecosystem.

This was the consensus at the Beirut edition of Wamda’s flagship Mix N’ Mentor event. The event took place at Beirut Digital District (BDD) and brought together entrepreneurs, industry experts, investors, among others to focus on issues relevant to the Lebanese startup ecosystem.

Speakers explained that the launch of BDD in 2012, a startup hub where Lebanese entrepreneurs could connect, network and collaborate and the launch of Circular 331 in 2013, a $400 million fund launched by Banque Du Liban (BDL), gave the country’s small startup ecosystem a much-required boost.

Fares Ghandour, Partner at Wamda, said, “Lebanon’s dependence on the private sector rather than government and public sector, has allowed the country to flourish as a key hub for entrepreneurs to emerge from. Despite positive growth, the ecosystem is still far from maturity. The number of startups is still low, and talent still prefers working abroad.

“Lebanon has the right ingredients, such as talent, multiple support organizations and educational institutions, and there is much more that can be done. Mix N’ Mentor captures the Lebanese entrepreneurial spirit effectively and we are excited to continue to serve Lebanese entrepreneurs in order for us to see more success stories.”

Commenting on the issue of the low number of startups in the country, Sami Abou Saab explained, “We need to build a lot at an early stage. We don’t have pre-accelerators but universities are jumping on board,” indicating that giving students access to the right entrepreneurship knowledge and skills will help increase the number of startups in the country. “About 70 per cent of graduates leave the country. We are a 10-year-old ecosystem, Circular 331 came in 2013 and we don’t have enough failure stories.”

Sami Abou Saab strongly believes in the role of R&D in creating new ideas. He said, “These centres can build distinctive products and patents and they attract talent.”

Fadi Bizri echoed the importance of R&D saying, “We need more R&D centres from universities and from outside the country. R&D will create new industries and the jobs of tomorrow. Entrepreneurship creates the jobs of today.”

Panellists agreed that the country’s political situation, lack of proper infrastructure and relatively small market are all factors that encourage future entrepreneurs to establish their businesses abroad.

According to Corine Kiame, in order for Lebanon to foster real innovation, more corporations must launch their own venture capital funds (CVCs). “If we have a CVC for a car company dedicating $5-10 million to invest in new ideas, this is when you will start seeing innovations, deals and exits. CVC is still early and most of the companies are family-owned but the third generation of CEOs are taking over and looking into entrepreneurship.”

Some companies, instead of launching their own funds, are collaborating with accelerators. Fadi Bizri gave the example of British multinational bank Barclays, which partnered with global accelerator Techstars to launch Barclays Accelerator.

Lebanon might still have a long way to go to become a thriving startup ecosystem, but the general consensus at the event was that success stories and exits will eventually happen.

“Typically, you have to wait seven years to see a company exit. In 2020-2021, we should see some exits in Lebanon,” concluded Sami Abou Saab.

Lebanon Has Potential To Be A Bustling Startup Ecosystem, But Progress Stunted By Lack Of Support