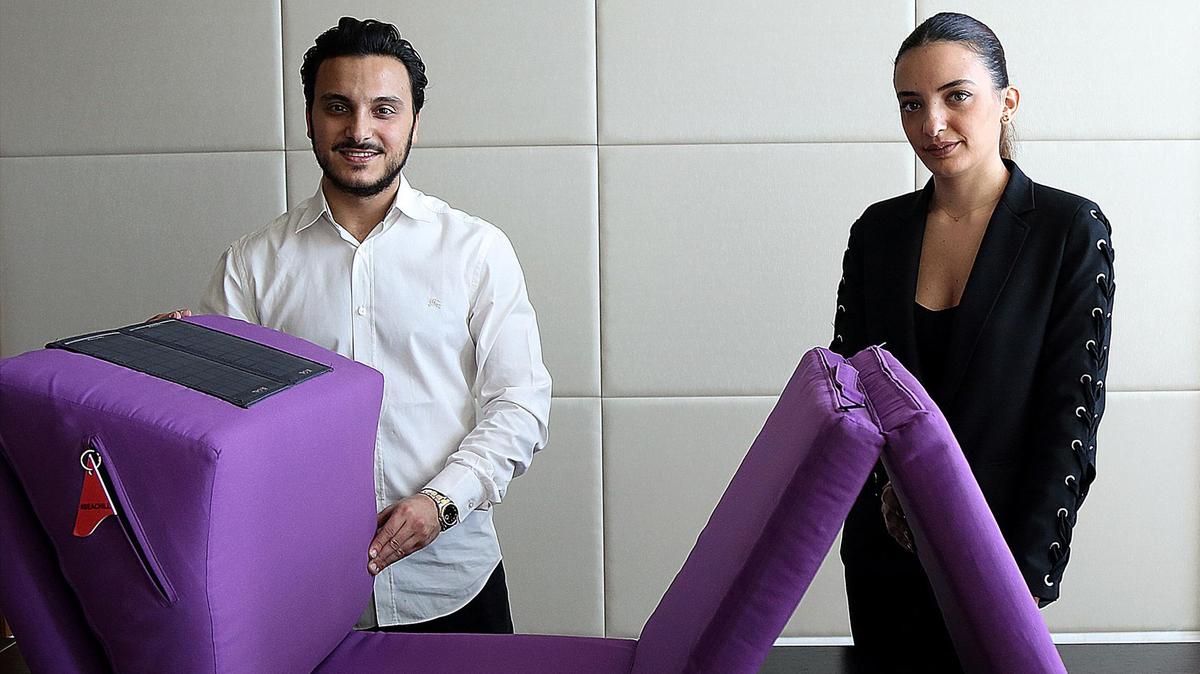 This Lebanese Engineer Is Bringing Beach Mattresses Into The 21st Century

Two years ago, Antoine Sayah was an engineering student in a university in Lebanon. They had an assignment to put together a product to benefit people every day. As a compulsive beach-goer, Sayah couldn’t help but make his product beach-oriented. “I started identifying these problems;” he tells Startup Scene. “When we go to the beach, we spend the entire day, our phone batteries die, the water bottles we buy become very hot and undrinkable. Our bags and our personal belongings aren’t safe and are exposed to scorching sunlight, sand, and seawater,” he elaborates, adding that also, hygiene-wise, beach-goers have no choice but to lay down on a chaise longue that has been used by millions of people. With those issues listed down in Sayah’s notebook, he started thinking of a solution to all these problems with one product. And that’s how it started.

Sayah didn’t really have plans for the beach mattress after his presentation. So, he took his project back home and moved on with his life. As the days passed, he invited friends over for a barbeque party and the beach mattress caught their attention. "'Oh, it looks so nice, what is it?' they would say. Then they’d try it out and sleep on it, and tell me how they’ve never seen something like it before.” Sayah’s friends kept on encouraging him to scale up his project into a business until he finally set up a small Instagram account and called it “Beachill” (a play on the slang impression: be chill) to sell beach mattresses to his friends and acquaintances; but little did the engineer know that Beachill was going to scale up beyond his plans.

The science behind Beachill took a few stages to form. "First I investigated the positioning in which the body relaxes the most," Sayah says. "The most important thing for me was the comfort. During the sketching, some ideas started to pop up like integrating phone gadgets, and solar panels to generate electricity for the phones to charge along with other electronics the customer takes with to the beach. I also added a thermos-fridge to cool the water bottles and other beverages." The engineer placed all these functions in the part where the customer's head is settled, using the allegory that the head is where all the brain functions occur. So, the pillow contains everything, the solar panel, a zip-locked pocket, all made out of an acrylic cloth made in Germany. The material is waterproof, sun proof, and antibacterial. "That is perfect for the outer surface because the colour doesn’t change," he says. "Everything is locally made except for the cloth and the solar panels."

This Lebanese Engineer Is Bringing Beach Mattresses Into The 21st Century