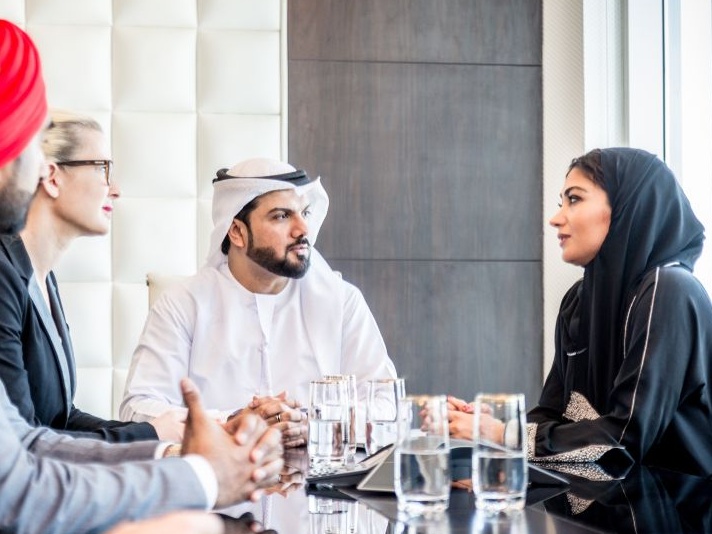 SOURCE: Learn how to avoid business failure by knowing when to hand over the reigns of your startup and create a successful family dynasty that will pass on to future generations

While many startups hope to eventually exit and enjoy a large payout, others in the region want to create a business that may become the basis for a family dynasty.

Throughout the GCC region, family businesses have played a vital role in fuelling the economy, with many now investing in startups and tech companies to diversify their incomes away from the more traditional sectors like real estate, manufacturing and steel.

Today’s established family companies were once startups themselves. The tough lessons these firms learned in trying to achieve business continuity through ceding control to the next generation will also apply to the tech startups that endure.

In the Gulf, about $1 trillion of wealth will be transferred through business successions over the next seven to eight years, according to research by The Family Business Council – Gulf (FBCG) that also indicates only around 12 per cent of regional companies will make it to the third generation.

In the West, founders often create a company constitution or a family governance model that will be conducive for a peaceful transition, but in the Middle East such structures have no legal enforceability - Sharia law dictates that mandatory heirship rules must apply.

“Family members whom the founder didn’t think had the skills to take over the business can become owner-managers, which often ultimately leads to business failure,” says Hammadeh.

Under the tutelage of a company’s founders or co-founders, power and ownership are concentrated and there is little doubt as to who is in control. Not so with the next generation.

“Usually, several people are now exercising that power - they need to agree on who will be CEO and create a governance model that incorporates the other children into a collegial decision-making process,” says Hammadeh. “This must also enable the family members who own a stake in the company but don’t work there to be informed about what’s happening.

“Often, family members don’t see eye to eye and when there is money there is greed, wherever there is power, there is jealousy – 80 per cent of the problems are emotional or psychological in nature.”

Hammadeh advises separating economic interest in the business from the legal ownership, which is similar to the trust or foundation set-up in the West.

“You put the legal ownership of the business in a metaphorical safe so no one can touch it and distribute the economic benefits of the business – for example, company dividends – according to a pre-agreed formula,” he says.

“The biggest challenge for the succession process is giving it enough priority. Succession is the most important investment in the future of your family business. It’s very easy to be distracted by more pressing issues,” says Thomassen.

Common mistakes include a lack of commitment from the successor to really want to run the business and a failure to spend sufficient time on difficult conversations.

“Letting go for the business owner is a tough process, and you have to acknowledge that,” says Thomassen. “For the successor, getting the self-confidence that they can succeed is also tough.”

The lesson to “let go” can also be applied to founders of the startups of today. When raising investment, founders ought to be prepared to take on board the views and wants of their investors.

“The founders are minority shareholders by the time the business is mature and they already have professional management and institutional investors which none of the family businesses in the region or anywhere else have for that matter,” says Fadi Ghandour, chairman of Wamda Capital.

Another blunder is failing to pay enough attention to what the company needs in terms of leadership.

“Usually, it’s not a clone of the father. That’s often due to the way society was changed, and a very authoritative leadership style is less and less accepted. It also has to do with life-stage of the company,” says Thomassen.

Lise Stewart, Principal-in-Charge at the US Centre for Family Business Excellence and a global expert on succession planning, has spent years researching why business owners fail to plan sufficiently.

“They tell us they don’t know how, who to talk to. It feels very complex – they might need an attorney, a tax specialist, a family therapist or a business specialist and on and on, so it’s daunting,” says Stewart. “They also tell us that putting things down on paper is very final and they worry that the situation will change and will commit to something that they’re unsure of, which is scary.”

Shame is another huge deterrent.

“Sometimes, they’re really embarrassed about family relationships. That sense of vulnerability plays an important role in succession planning,” says Stewart. “Worldwide, only 15-20 per cent of business owners do the appropriate planning to protect their business and their families.”