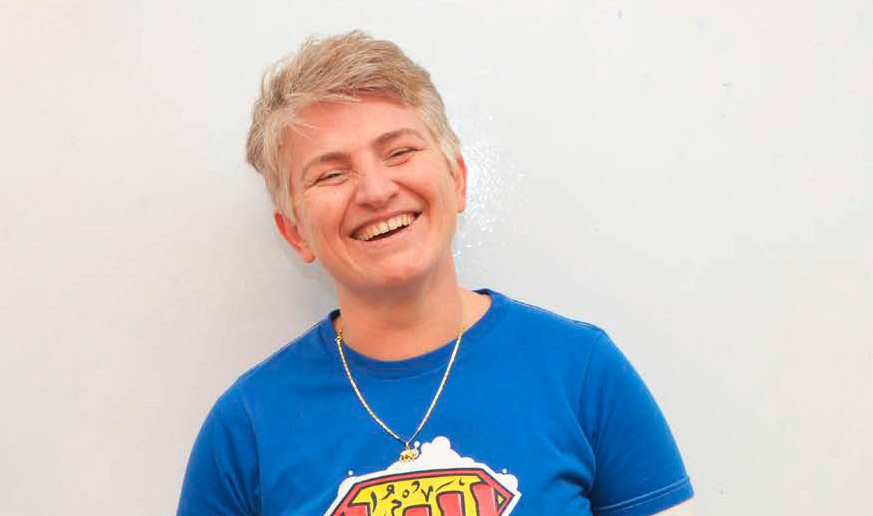 Learn Arabic Via an Online Platform with Kamkalima

Kamkalima's cofounder, Siroun Shamigian, discovered her vocation in teaching while she was herself studying. She decided to create an online Arabic learning platform using technology to change the lives and lesson plans of Arabic teachers and students across the Middle East. This Lebanese tech startup connects students and teachers to Arabic.

In 2014, when biology teacher and technology enthusiast, Siroun Shamigian, saw her colleagues in Lebanon struggling to teach Arabic to their K-12 students, she decided that she had two choices: accept the status quo, or do something about it. “I’m not the type of person that just accepts things,” she laughs.

Fast forward to January 2017 and Shamigian, together with advisor and co-founder Nisrine Makkouk, were officially launching their web-based Arabic learning platform, Kamkalima (meaning “a few words”). Designed to provide Arabic teachers and students with tools, papers, stories and general support both in and out of the classroom, the online resources have since been welcomed by educators across Lebanon and the U.A.E.

In October 2017, Kamkalima made it to number 20 on Forbes Middle East’s list of “50 Startups To Watch”. Most recently, in February 2018, Kamkalima was announced as one of the MENA finalists in the 2018 Cartier Women’s Initiative Awards, an international business plan competition created specifically to identify, support and encourage projects by female entrepreneurs. “What stood out to us is the innovative way in which the platform has emerged as an invaluable tool for both students and teachers of the Arabic language. It exemplifies the potential for technology to revolutionize education by creating meaningful and engaging avenues of learning outside of the traditional classroom set-up,” says Olivia Bertaux Lazare, Senior Programme Manager at Cartier Women’s Initiative Awards.

At its launch just over a year ago, Kamkalima was being offered for free, with 17 schools in Lebanon and the U.A.E.—roughly 5,000 students in total—onboard. By the start of the next academic year in September 2017, the team had converted 80% of those free trials into paid accounts. Since then they’ve signed up another 15 schools, and they’re in talks with another seven. The service is paid for per student at a cost of between $16 and $28 per year; admin and teacher accounts are free. The software is purposely kept affordable so that it is accessible for all schools, not just the ones that can afford it.

It has been, and continues to be, a passion project for Shamigian. The discovery of her entrepreneurial streak has been a recent development. The calling towards teaching came decades earlier, in the 1990s.

Learn Arabic Via an Online Platform with Kamkalima