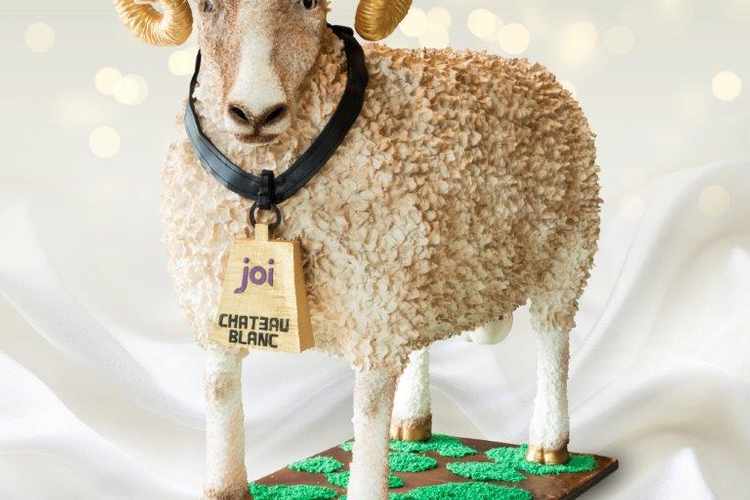 A leader in its field: The start-up celebrating the spirit of Eid Al-Adha giving with a sweet sheep

SOURCE: ZAWYA - A leader in its field: The start-up celebrating the spirit of Eid Al-Adha giving with a sweet sheep

Zawya Express presents the top story, topic or trend highlighted by our editorial team as recommended reading to start your working day

As a start-up, it can be hard to stand out from the flock, but Dubai-based Joi Gifts may succeed over Eid Al Adha 2018 with its extraordinarily lifelike sheep cake.

Originally, Joi Gifts had hoped to come up with a way for customers to order and donate a live sheep for a traditional Eid celebration via its website. But, unable to find a suitable partner locally, it instead worked with existing partner Chateau Blanc to come up with a cake in ovine form - a life-sized sheep with 22-carat edible gold-decorated horns and hooves costing 9,500 United Arab Emirates dirhams ($2,587).

Proceeds will go to the Sharjah Social Empowerment Fund to support orphans - although the bespoke, handmade cakes require a turnaround period of between four and five days.

The cake is 1m high, and is available in four flavours – chocolate, vanilla, carrot cake and red velvet.

In a phone interview on Thursday, Joi Gifts founder Ritesh Tilani declined to reveal the proportion of proceeds that would be donated to charity, saying it would reveal too much about the company’s margins, but maintained that the fund would receive a substantial slice of cash for each cake sold.

“We are looking after Chateau Blanc, although we have been very strict with them that they are not to add a margin to their costs, and we are not taking anything for ourselves for this. The delivery costs and everything else will be borne by us. In fact, we have told customers they will receive ‘free sheeping’,” he said.

The Joi Gifts brand is the first in what its owners plan to be a number of enterprises under the umbrella of parent company Enhance, which is looking to close an initial funding of $2.1 million within the next few weeks.

Later this year, Enhance, which Tilani describes as ‘a venture builder’, plans to raise a further $5 million in series A funding, for which a lead investor has been identified but not yet confirmed.

Much of the cash will go towards the continued expansion of Joi Gifts, which is already present in the UAE, Saudi Arabia, Jordan, Oman and Bahrain, but the company will also use existing assets, such as its customer database to help build new business-to-consumer ventures.

For example, Tilani put a value on a customer database of 100,000 (although he declined to reveal the size of Joi’s own database) at $1-2 million and said that any new ventures launched by Enhance would not need to spend that sort of money, as they would have a readymade database created by Joi Gifts, he said.

“That gives every subsequent venture a huge head start and it dramatically reduces the risk of failure and reduces the cost of getting to a certain stage. If it took us two years to get Joi to where it is now, it will take us six months for us to get the next one to the same stage,” he said.

The company’s strategy is to raise the funds centrally, he said, and then distribute as required to each new venture.

While much of the first round of funding has come from within the Middle East, Tilani said Enhance was looking abroad for series A funding. The reason for that, he said, is that that investors from outside the region often have larger risk appetites.

“We would, of course, love to have many more investors from the region as well. We are targeting a lot of the family offices and funds, but the lead, we would like to come from outside the region.”

A leader in its field: The start-up celebrating the spirit of Eid Al-Adha giving with a sweet sheep