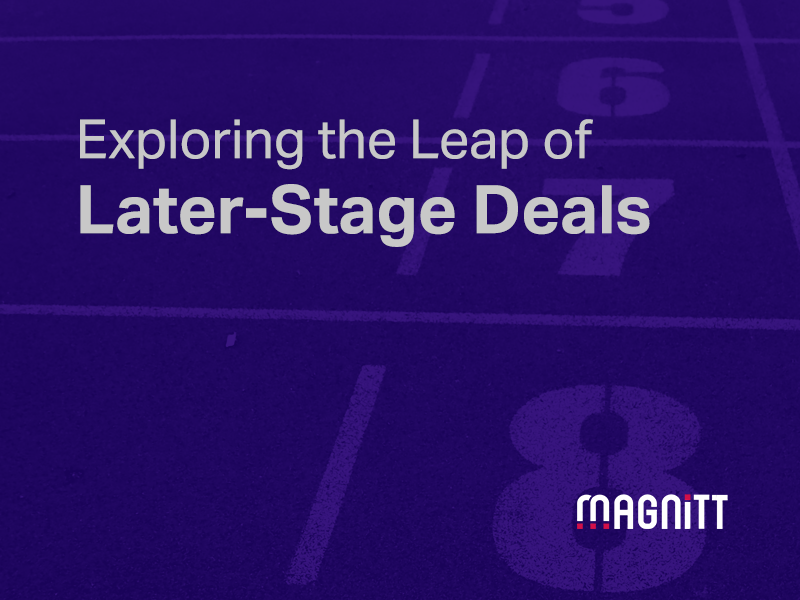 Exploring the leap of later-stage deals

Last week, we tackled the MENA VC ecosystem’s declining interest in early-stage ventures. This trend was revealed by a 23 percentage points drop in the share of deals under $500K between 2019 and 2020. Since 2020, this share has further declined by 21 percentage points, to now only account for one-fourth of all deals across MENA. As covered in our previous piece on the slump in deal flow, the abrupt disappearance of accelerator programs contributed significantly to the decline in seed rounds.

The dollar value of investments, however, has only towered over the past year across the MENA region, drawing our attention towards later-stage deals. As investors seemed to have redirected funds towards lower-risk later-stage rounds, these rounds have accounted for the increase in both deal volume and funding value.

Although the prevalence of such large rounds skewed capital towards later-stage transactions, a quick analysis of the median round values tells us that the development is rather uniform. Sitting at $20M and $10M, Series B and Series A rounds have seen increases of 33% and 61% since 2020, respectively.

But this increase in transaction values is not unique to late-stage deals. Early-stage transactions are also seeing bloating numbers, growing by 233% since 2020, after only increasing by 50% between 2017 and 2020. While this points to an increased appetite from investors, it also raises red flags as, seemingly, only a handful of startups are being bet on.

Trends emerging from the ecosystem are indicating the need for diversification of investments across development stages as the desire to support startups grows exponentially. Ensuring a healthy flow of ventures at the top of the funding funnel is the key to sustaining a strong VC ecosystem in the long run.

Exploring the leap of later-stage deals